Gale Banks was a guest on Stacey David’s GearZ TV on the SPEED Channel.

The vehicle featured was a 2008 Chevy 3500HD 4×4 dually “Brush Truck” that’s being upgraded for a local volunteer fire department. Since this is a real working brush truck, Stacey’s emphasis was on strong, reliable power and performance that won’t let you down in a life or death situation.

From the folks at GearZ:

“With all the makeovers going on these days, it may surprise you to find that there ARE groups out there that could REALLY use some help. The local volunteer Fire Department is a perfect example of this. Since they are volunteers, nobody gets paid the put their life on the line day in and day out, and the equipment they use is generally hand-me-down stuff from the bigger Fire Departments. Well today on GearZ, Stacey decides to do something about that by taking a stock Chevy dually pickup, and transform it into a state-of-the-art Brush truck for the local Volunteer Fire Department. The cool thing is, he’s using a lot of aftermarket parts that YOU can use on your project…And if it’s good enough for Firemen that go into harm’s way, you KNOW it is good enough for what you will use it for. So strap in, and let’s go ride a Fire Truck!” 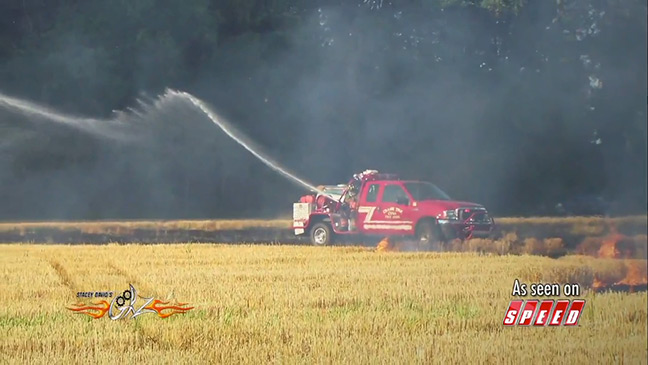 Check out what Banks Power can do for your vehicle here »