Derringers are sought out for their small size that is easily concealed, yet deliver a powerful double punch. Today we installed a Banks Power Derringer in this 2016 Ram 3.0 EcoDiesel. Can you find it?

Not only is it hard to visually see, it leaves no footprint, meaning it leaves no trace, take it out and no one will know it had been installed. The Banks Derringer can easily be set to one of three modes – the default mode is “Stock.” Or you can use the two Banks Power modes of “Plus” or “Sport.” Plus would be a good choice if you were towing, carrying a heavy load or even for those that have a work truck that is loaded with tools, equipment or spare parts. Sport mode is for when you want maximum power. The three modes can be controlled by a dash-mounted three (3) Position Manual Switch or controlled and performance monitored by the new Banks iDash 1.8 MMI (Man Machine Interface) Digital gauge, which we like to call our Super Gauge. More on this gauge in a later piece – as we also installed one on this RAM.

With regards to the Derringer, we are in our final development stages and currently, in Sport Mode, it produces 35 HP and 47 lb.-ft of torque over stock – but Gale wants more (so stay tuned for final specs). Now as impressive as an extra 35 HP sounds for a plug-n-play inline tuner, what is most impressive is the range of RPM and speed – in which it adds horsepower. It doesn’t just target a set RPM to show an impressive number – rather it pulls throughout the RPM and speed ranges – without the hesitation or surging so often common within the inline tuner market. In fact, on our chassis dyno, it added substantial HP all the way over 100 mph using the 0 to 100 mph simulated acceleration tests.

For example, the DerringerTM-equipped RAM in Sport mode accelerated from 0 to 100 mph 3.86 seconds faster than stock at 25.74 seconds. This was also 1.26 seconds faster than the closest competitor. This little 3.0L RAM Diesel with the DerringerTM just keeps pulling harder and harder right up to the 4200 rpm redline. The DerringerTM is 15% faster than stock accelerating from 60 mph to 80 mph and 17% faster than stock accelerating from 60 mph to 90 mph. In runs from 0 to 60 mph, the DerringerTM-equipped RAM is equal to, or better than, our own Bullet which has always been the Gold Standard. Over 60 mph the DerringerTM just runs away from everything in sight. Our DerringerTM-equipped RAM recorded 422 lb.-ft. of rwtq @ 3000 rpm and a best gain over stock of 47 lb.-ft. of torque. The RAM DerringerTM does its job by directly interfacing with the OEM ECU via the OBDII port by managing and carefully controlling more parameters than any competitor. Because the Banks DerringerTM is integrated with the vehicle’s ECU through its OBD CAN data stream, online, in real-time and in a closed-loop, it literally is integrated “as one” with the vehicle. This is a huge advantage as it allows the DerringerTM to self-adjust – this means it will optimize power yet maintain safe engine operating limits by monitoring current engine load conditions, including boost, knock sensor, coolant temperature, air/fuel ratios, EGT levels, and most importantly the “Accelerator Pedal Position” as it understands what the driver wants via their foot in the throttle and adjust accordingly, again maximizing the system. This means it’s automatic, no turning a knob that you are either guessing at the correct setting or worse, you set the knob while it is cool and when it warms up, now all your settings are off and you are either not optimizing power or operating the engine outside of the “safe” zone or, and most likely, both!

Two really cool additional features are: it has the same technology we put into our military applications that we call “combat power” which is like a “push to pass” boosting feature that is activated by the accelerator pedal for short “bursts” of additional power for critical maneuvers, i.e., passing uphill while towing. This gives you extended maximum performance for approximately 10 seconds. But we also added “Banks Active Safety” which allows the DerringerTM to bypass itself if it loses its 12-volt power or fails in any other manner. When Banks Active Safety engages, you set no codes and return to stock power. When competitive units fail, they trigger trouble codes and force the unit into the factory limp home mode. This is not the case with the DerringerTM. Imagine going into “limp home” mode in the middle of passing someone, let alone getting to your destination in “limp home” mode.

The bottom line is the Banks Power Derringer is a game-changer in the inline tuning market! It really blows the competition out of the water. We have versions coming out soon for the Ford EcoBoost series of engines, starting with the 3.5L followed shortly by the 2.3L and then the 2.7L. We also have this one for the 3.0L EcoDiesel with other RAM and Jeep product soon-to-follow. So, keep watching as it is going to be an amazing year! 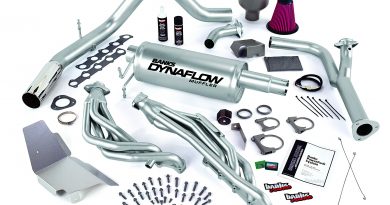 Up the Power Ante on the Triton V-10 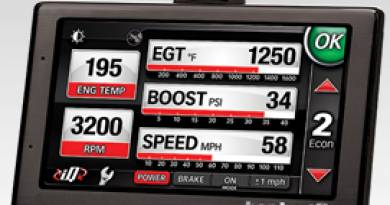 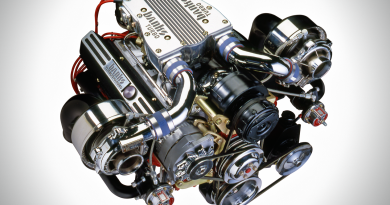