Some great things are coming out for the Banks iQ. Read on and see why this device just keeps getting better and better. 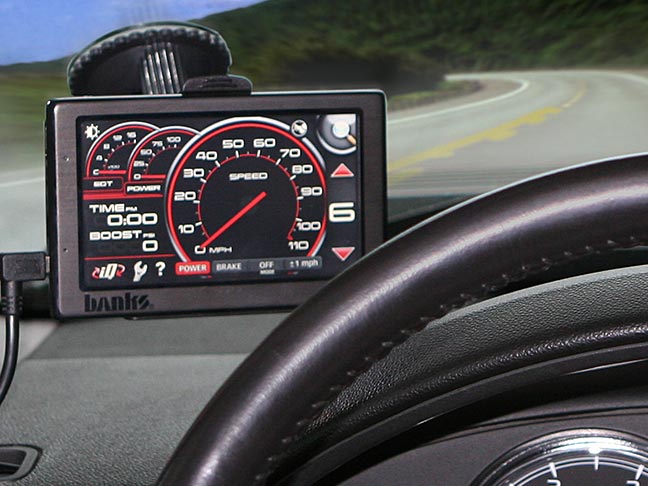 I’m so jazzed about what we’re doing with the Banks iQ that, well… I have to share. I’m not going to go into too much detail now, but know that some great things are coming and I will be giving an in-depth report on each of the Banks iQ’s new powers and abilities soon.

Believe it or not it really does take a long time to birth a product here at Gale Banks Engineering, but that’s only because it needs to please us before it get to the consumer. What does that mean? Test. Evaluation. Test some more. Perfect. Test some more. See, unlike a lot of other manufacturers out there just because we see a pulse doesn’t mean it’s ready for the world… or your hard earned dollar. We have to put ourselves in your shoes, because really when you look at it we too are consumers in real life. I know I myself despise paying for something in good faith only to have it fall apart or be filled with so many bugs that you just want to pitch it into a wall. So we work on things till it passes… well… us. So if we wouldn’t buy it for various reasons why would we expect you to accept it?

So what is there to look forward to? Well, in addition to little things we have two “Environments”: Navigation and Economy. Each of the new environments has a few operating features within it. The Navigation feature makes use of the built-in GPS chipset and gives you a neat Compass program with several new on-screen readouts and a great graphical interface. It also allows you to launch a full turn-by-turn navigation program called BanksNav, which will be sold separately because some folks already have an existing GPS unit (but really, after seeing what the iQ’s nav can do you’ll put your old one on eBay). The Economy Environment… well it’s not like the “feature” included with the other devices on the market or the mileage trinkets out there. There’s no bars that change color and really tell you nothing about what you’re doing or what you’re saving. Instead, cold hard facts! Want to know how much money it cost you to get to work because you drove like a maniac due to your repeated snooze button mashing on your alarm VS how much it costs during a day when you leave on time? Want to know if that so called short-cut actually saved you time and money? It can tell you that… and a WHOLE lot more.

Like I said, I’ll go deep on these and will include some video to boot. Keep an eye out for it. Better yet, send me an email at info[at]bankspower[dot]com on the subject “Banks iQ update” so that we can notify you when the actual update is ready.