Did we set any world records at Arizona’s Speedworld? Not quite. Was it still a successful outing? Most definitely. (And hey, the “National” record we set got us a trophy!)

Well, we didn’t set any world-records this time out, but the Banks Sidewinder Top Diesel Dragster held up rather well. In fact, we’d consider this outing a great success.

While we had a calibration formula/strategy for the past engine and transmission combo we never really had the chance to see it all through due to our transmission woes.  The engine, based on our tried and true build used in the Sidewinder S-10, ran flawlessly: smooth, powerful and very clean… just like its kin. Our enemy then was traction and the poltergeist-inhabited transmission. Well this time the modifications to the tranny held up brilliantly run after run, but the engine was a different animal all together. Since the “stroker” DRE powerplant never saw much more than a break-in period on the shop’s dyno the calibration needed an overhaul. Sure, it looks the same on the outside, but remember it now has new internals and is actually larger in displacement. Engines perform differently on the dyno than in a vehicle, that’s why EVERY engine upgrade needs a final calibration for “street” use. But you see… we really can’t run the rail on the street, so all we get our 1/4 mile runs when it’s our turn at the Christmas tree. Not a whole lot of time to test-n-tune. You run, take a look at the data, make some changes, and go at it again. There’s not a second seat for the calibration engineer to sit and make changes on the fly, nor is there enough time in a quarter-mile run for that either.

There’s lot’s of things to consider when tuning a diesel racing engine that’s suppose to be an example of “clean” diesel performance. Most important is that it needs to be very fast without causing damage to itself… and oh yeah: it needs to be CLEAN! It’s somewhat of the challenge that we face when going to a diesel racing event where the definition of clean diesel performance is unheard of. Spectators of this sport go there expecting to see giant clouds of black soot fill the sky from each of the vehicles competing. It’s a sport where garden hose-like injectors shoot a stream of fuel that fills the combustion chambers resulting in plums of smoke, which is really unburnt diesel (see photos below). We can’t do that, it’s not our gig and in the long run it does nothing but damage the image of diesel. Our mantra is that you can realize the ultimate performance potential of diesel without the negative legacy and imagery, while demonstrating the environmentally sound side of the fuel.

Aside from the “clean” factor we have the fact that this new engine likes, no… LOVES to rev. Freely and easily the DRE build wants to go way past our 6,000 RPM expectations. Consider the fact that the stock Duramax truck has a redline of 3,500 RPM and some of the stock internals have a limit (putting it very delicately) of a little over 5,000 RPM. Getting the tune just right while the engine wants to be pushed more is an interesting balancing act. We actually expect the new engine to reach upwards of 8,000 RPM… a feat unheard of normally. But those levels are going to have to be done in baby steps and achieved in an controlled environment such as our dyno cell.

For right now we’re happy that everything’s working the way it should be and that the entire powertrain is willing and able for more. We’ll keep pushing the limits of diesel performance, and will be back at the strip soon. Till then enjoy the pix and video of the rail in action. 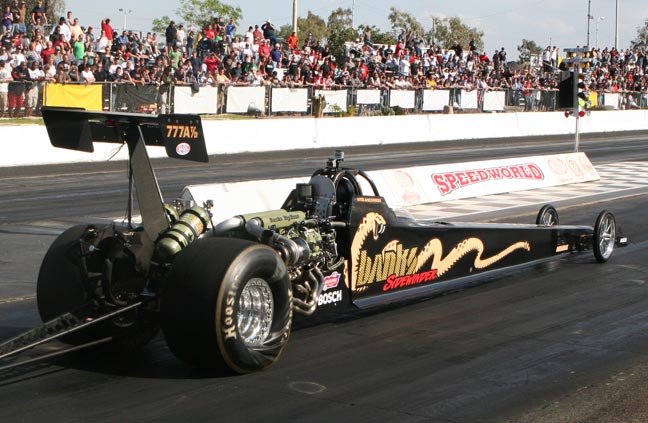 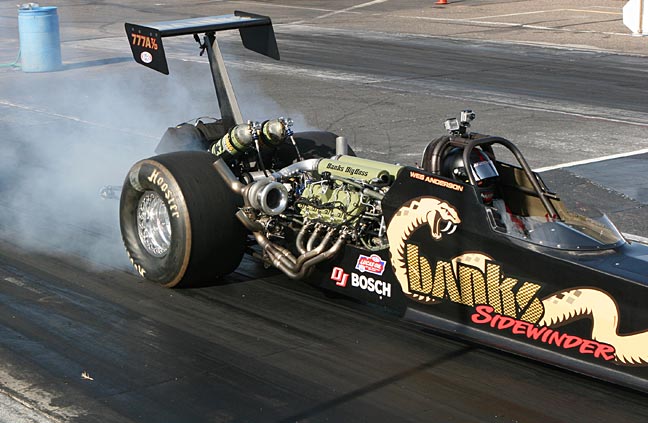 Nothing but tire smoke here, folks! 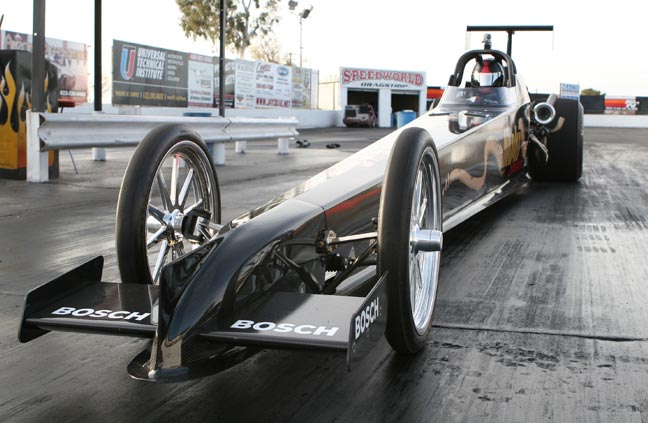 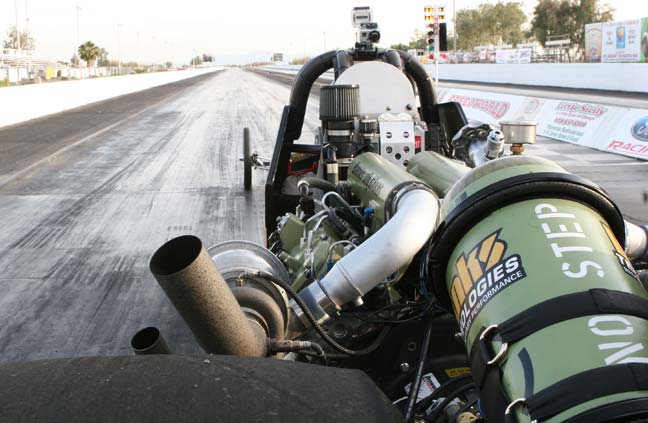 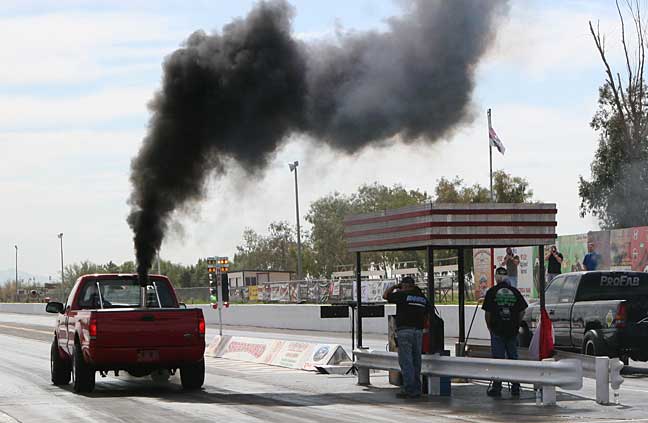 This is the “diesel performance” the crowds are used to seeing. But that black smoke, my friends, is unburnt fuel (and therefore wasted power).