A twin turbo Duramax marine engine gets an extra kick from being supercharged! 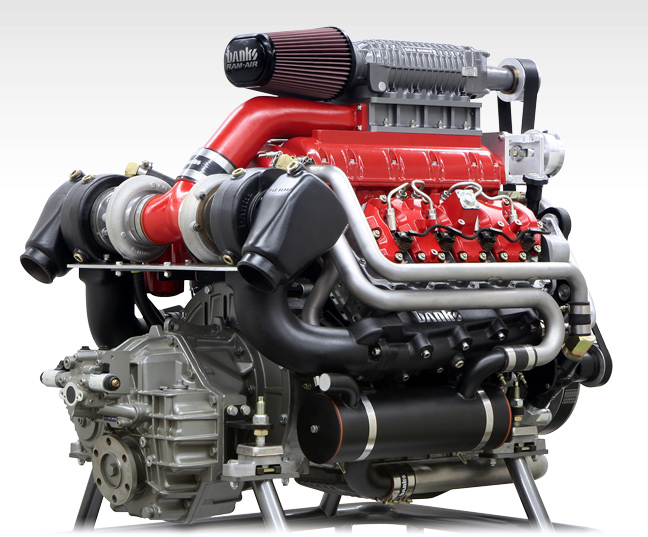 The title says it all… and it’s quite a mouth full. In fact, I rather doubt anyone can say it ten times fast. For those of you still shell shocked I’ll break it down for you: it’s a twin turbo Duramax marine engine that gets an extra kick from also being supercharged. Yup… that’s right: Two different types of forced induction (and three separate devices) designed to compress and mash in air into an engine with high performance results. Superchargers and turbochargers used together makes a lot of sense, and have great results when done right. It’s kind of like mixing peanut butter and chocolate together. We showed this baby off at the ’09 PRI Show in Orlando Florida, but I realized that after searching for it on our site nothing was there about it. Well, that’s about to change. I’m not going to cover this whole thing from start to finish tonight, because it’s so cool that it deserves more time.

To see where we started I’ll take you back to the great (but not “super”, get it?) twin turbo Duramax marine engine. Now there’s nothing wrong with this beast, in fact the twin turbo build has been successful for us in all our racing endeavors. It’s purely application based, but we’ll get into that later. Click the following links to get up to speed:

I’ll report more on this next week, including posting never-before-seen dyno test video of the twin turbo configuration. You guys are gunna love it. Till then here are two shots of the super turbo build. 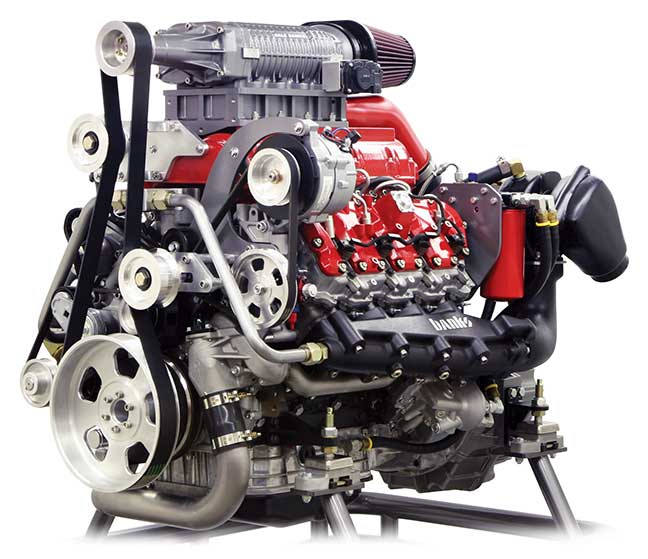