The “Mickey Thompson: First American to 400 MPH” exhibit opens at the NHRA Museum in Pomona, California to an invitation-only crowd of over 250 people. 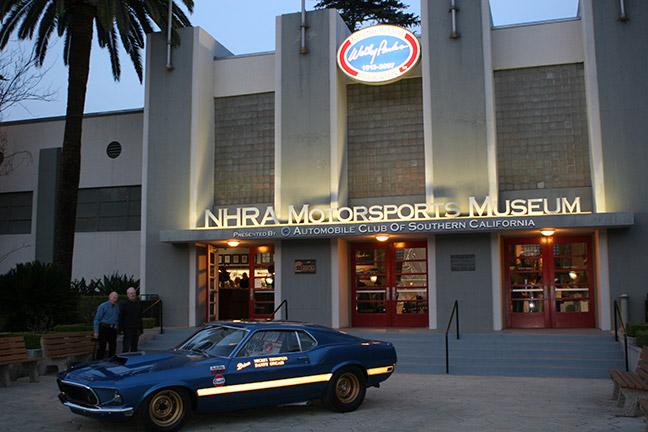 There was a very personal celebration last night of an innovator’s life and achievements: Mickey Thompson. The exhibit, simply titled “Mickey Thompson: First American to 400 MPH” opened at the NHRA Museum in Pomona, California to an invitation-only crowd of over 250 people. In attendance were media, friends, former employees, fans… and family. All had been touched in one way or another by Mickey’s influential legacy, and it was about time that such a gathering occurred. 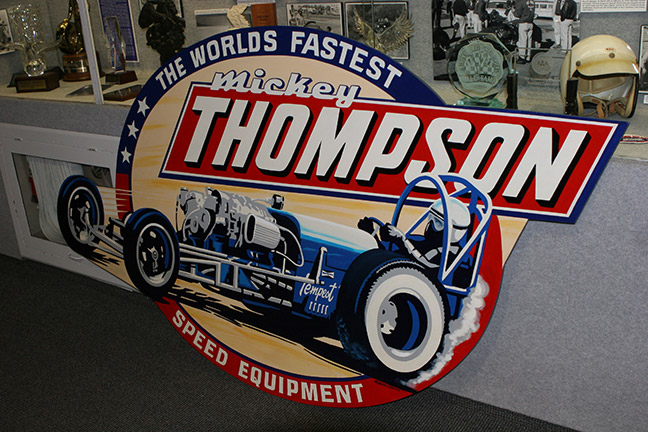 Mickey Thompson was an automotive enthusiast like no other; from the blazing fast straightaways of a dry lake bed or the Bonneville Salt Flats, competing off-road, and making his mark at the Indianapolis 500 to name a few ventures. He had been involved in a staggering amount of speed endeavors including over 10,000 races and 500 speed and endurance records. Most of his designs were laid out on kitchen table or on the garage floor of the house where his workshop was and where most of his four-wheeled beasts were born. 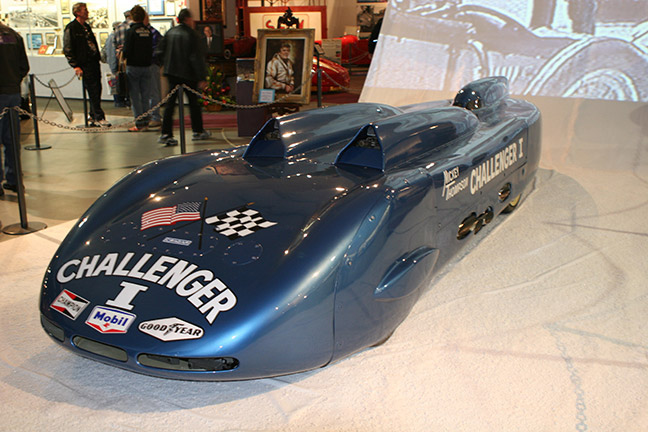 The event, sponsored by Gale Banks Engineering, opened with a few select speakers. Museum curator Greg Sharp kicked off the presentation by recalling seeing Mickey’s Challenger Salt-Flat for the first time as a teenager, and how he marveled at its “rocket ship” design. Alex Xydias talked about Mickey’s idea for the first off-road trade show to be opened to the public… and how the attendance was so great that the concession stands ran out of supplies the first day. Collen Campbell reminisced about what an influence her brother was in every aspect of her life. His son, Danny Thompson, talked about the various vehicles that were on display what it was to grow up with his hot-rodder father that “made stuff happen”. And President and CEO of Gale Banks Engineering Gale Banks spoke about his friendship with the legend giving a glimpse into the fact that at the time of Mickey’s death he wasn’t done with his ventures. We’ll post the video of the heartfelt evening soon, so please stay tuned.

The exhibit runs until October. 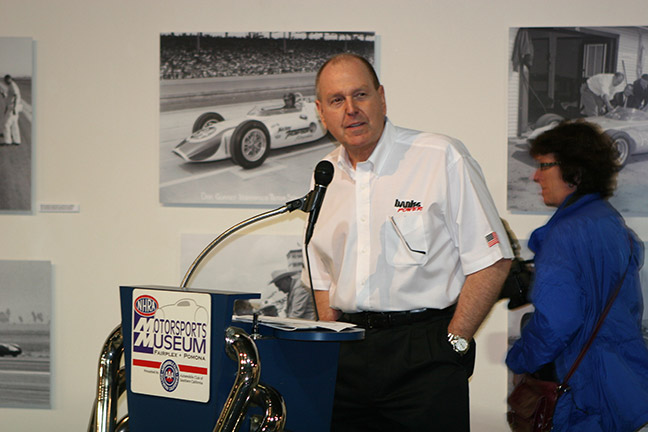 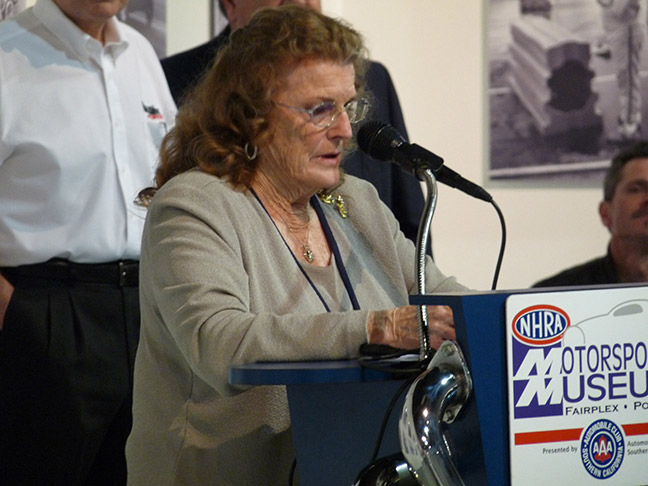 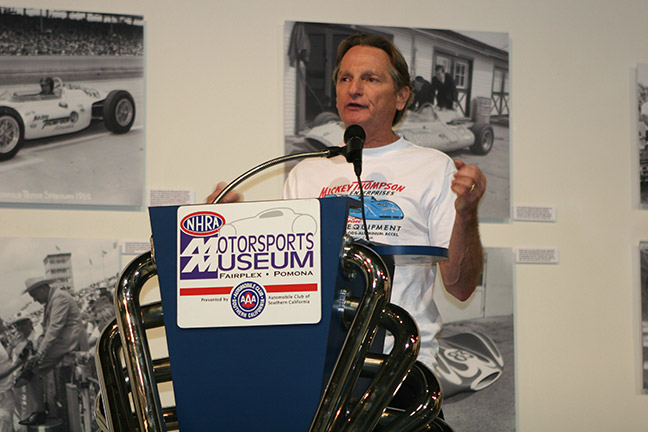