This past Thursday night, the combined efforts of  the NHRA Museum staff, the Thompson family, and Gale Banks Engineering … A lot of people got their first chance to exhale in almost twenty-two years.

Working for Mickey and Trudy was a true adventure.  Filling up large indoor and outdoor venues with thousands upon thousands of people there to enjoy a couple of hours of off-road racing action on what Mickey called “A Chunk of the Baja” was fun and work.

Like many young enthusiasts I had followed Mickey’s career for decades and the chance to work for him was something very special.  My deal was pulling him aside, getting him to tell me some of the stories behind the cars, and engines, and staggering piles of parts in the multi-car garage/warehouse on the lower level of his property where our offices were located.  There was genius lurking in every corner; raw innovation stacked up like cordwood, hand-built shocks, engines drawn, quartered and compressed-air “charged”, front drive and rear steer chassis’s (some of which were singed and melted in the great Bradbury/Fish Canyon blaze in the early eighties).

And there was the Challenger … the magnificent 4-motored machine that sat so regally in the NHRA Museum’s entrance hall on Thursday evening.  The same machine that sat in a trailer out behind our offices and where the stray/feral cats that kept the vermin at bay in the canyon birthed more than one litter while we were working there.

When we rolled the Challenger out of its clamshell trailer for the first time in 20-some years, I noticed a weathered hole in the plywood floor of the trailer, it looked like battery acid had leaked and eaten a hole in the two inch thick floor.  I mentioned my observation to Mick, and, even as I was saying the words, “…Look like the battery must have split Mickey.”  I caught myself and remembered that this beast had no need of on-board batteries, each engine having its own magneto to spin up the spark power needed for 400 mile-per-hour forays into the record books.

A few years later, when tragedy struck so violently on the upper driveway of that home we were all marked with an indelible scar.  Our inside staff joke, “Trudy told me to tell you that Mickey said …” rang hollow. The funeral was a sad armed camp, with no relief no solace.

So, on Thursday night, and after 20 years of reliving that day and the horrible heartbreak that followed, as we said, some of us finally got to exhale and remember what Mickey Thompson meant to motorsports. And (maybe a bit more privately) a bit of what Trudy Thompson meant to Mick and to us.

It was a good night. Those folks and institutions mentioned in the first paragraph are to be warmly thanked for making it so.  Gale Banks himself said it best, the effort was: “Long overdue.” Right.

Now everybody get back to work and, as Mick always closed any staff occasion by saying: “STAND ON THE GAS!”
-Doug Stokes 02.12.10 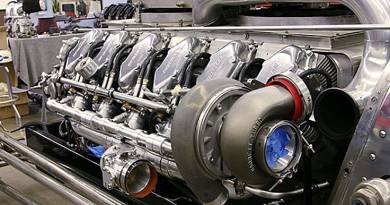 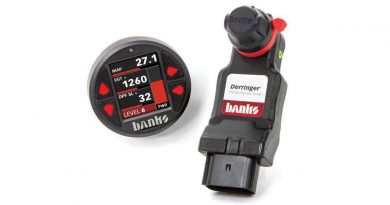 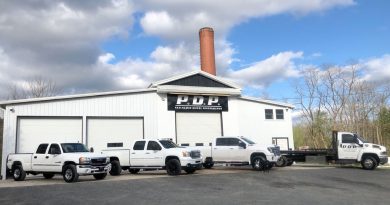