Running on nothing but straight gasoline, this Banks twin-turbocharged Firebird scorches the Salt at 287 mph to become the new World’s Fastest Passenger Car. Despite dozens of challenges, Banks ‘Bird held the title for 10 years.

Running on nothing but straight gasoline, this Banks twin-turbocharged Firebird scorches the Salt at 287 mph to become the new World’s Fastest Passenger Car. Despite dozens of challenges, Banks ‘Bird held the title for 10 years.

Clocking a 277 mph, mile and a 268 mph two-way record, Banks’ 1987 Twin-Turbo, 1800 hp, gasoline-burning big block Pontiac GTA, set a passenger car standard that would stand for ten years. As a result, the Banks’ team, beginning with the Hanky-Panky Studebaker in 1978, followed by the Sundowner Corvette in 1981, and finally the Twin-Turbo GTA in 1987 through 1997, held the record for the “World’s Fastest Passenger Car” for two decades.

“The three-year buildup paid off during the 38th annual Bonneville Speed Trials when the Banks ‘Bird nabbed the class win, making it the World’s Fastest Passenger Car. And that was on gas with ‘only’ 22 pounds of boost; the twin hairdryers will generate a maximum of 38 pounds of boost!” —Hot Rod Yearbook

Working with Pontiac, the Banks Trans Am GTA was developed to break the previous record for a gasoline-powered stock-bodied passenger car that was held by Banks. Powered by a Gale Banks marine-based 454 ci GM engine producing about 1,700 hp, the Trans Am reached a terminal speed of 283 mph under rainy conditions at Bonneville. Tire testing revealed front tire failure at ~282 mph, preventing the Trans Am from reaching its goal of 300 mph. Its average speed of 267.618 mph made the Trans Am the world’s fastest stock-bodied passenger car on gasoline. The Banks Trans Am GTA would hold the record for the next 10 years.

The History and Evolution of the Gale Banks Engineering Twin-Turbo Chevrolet V-8s Shown is one of Banks’ original blow-through-design twin-turbo small-block Chevrolet engines. These first-design “production” twin-turbos went into Banks’ GT Firebirds and Camaros. The engines made 500, 600 or 700 hp, depending on the depth of the customer’s pockets. Unless you’ve been living in a cave ...
Read more

Back to the Future: Fast-Forward Firebird Now for the kicker. Gale Banks recently pulled one of his original twin-turbo Firebirds out of mothballs, and it’s about to receive a Banks Revival twin-turbo small-block Chevrolet engine, and all the modern goodies to go along with it. Now, this isn’t just any ol’ ’84 Firebird—this one shows 15,000 ...
Read more

Gale Banks Engineering’s 1988 Pontiac Trans Am is the World’s Fastest Street Machine By John Baechtel On a station somewhere near the three-mile marker you see it long before you hear it. Racing across the pure white horizon, a small red dot speeds crazily toward you, pursued by a pearlescent plume of salt spray. Then, like distant ...
Read more 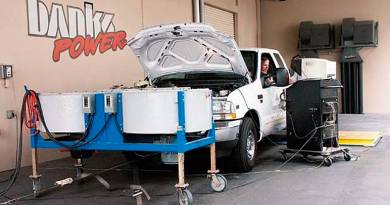 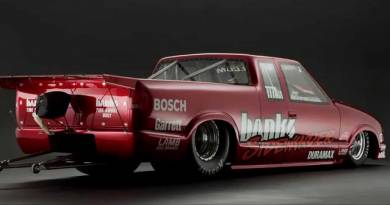 Gale Banks explains why Turbos are the best power adder 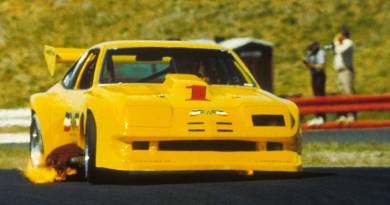