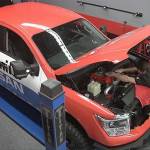 SEMA Members Unite to Dress Nissan’s Diesel Pickup in All-New Aftermarket Gear What you see here is the world’s first fully customized ’16 Nissan Titan XD. Members of the Specialty Equipment Market Association built it after they were given special early access to the diesel-powered truck. By attending a members-only measuring session at the SEMA Garage, ... Read more about this post 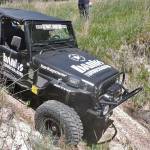 Too many 4.0L Wrangler owners have a Fifth gear (or overdrive gear) that is collecting dust, not having been used since the Jeep had stock tires. Adding bigger tires, axles, and body armor can all weigh your rig down. It sucks to be stuck with lackluster power after you’ve spent thousands of dollars on everything ... Read more about this post 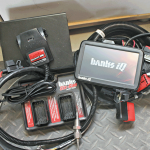 This month, we dive into the buildup of yet another Ford 6.0L Power Stroke to help show that even though they may be known for their problems, they can be great workhorses with low initial investments and the right aftermarket products.­­ Case in point, this 2005 XL regular cab long bed: it was purchased by a ... Read more about this post 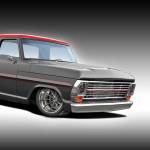 It’s no secret that the highly popular ’67-’72 shortbed Chevy C10s are drying up, getting both more expensive and harder to find in good shape. The longbeds of the era are also becoming pretty pricey, even in marginal condition. So what’s the next big thing in classic trucks? If recent industry trends are an indication, ... Read more about this post 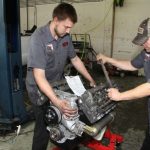 Part 2- From Short Block To Road Ready After getting the remanufactured 7.3L short-block and heads back from L&R Automotive, John Ferguson and his team at Domestic Diesel in Chino, California, began reassembling the engine and getting the project shop truck up and running. The prospect of a shop truck with some reliability and performance was intriguing. ... Read more about this post 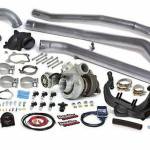 Banks Power 2007-11 Jeep JK Sidewinder Turbocharger System If you’re the owner of a 2007-2011 Jeep JK powered by the 3.8 V6, you’re probably well aware that the engine is pretty much a turd. We don’t mean to burst your bubble, but it probably popped the first time you drove up a grade, or merged onto ... Read more about this post 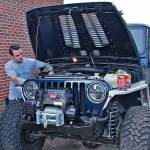 Terrible aerodynamics, a high center of gravity, and more weight in aftermarket accessories than a four-door Civic could safely transport. If that sounds like an accurate description of your Jeep, don’t worry, you’re not alone. We’ve been working on our ’04 Jeep Wrangler Unlimited for a few months now, and the modifications are starting to ... Read more about this post 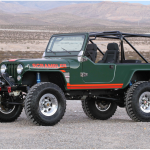 Diesel Jeep The Jeep CJ8 or Scrambler hasn’t been made since 1986, but now thanks to Winslow Bent and his team at Legacy Scrambler Conversion, this classic Jeep is now available as a virtually new, trail-ready rig. Yep, we said all new. This isn’t a worn-out old barn find that’s been repaired and upgraded. It’s the ... Read more about this post

Pour me a DOUBLE SHOT 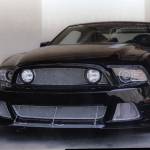 Banks Power’s water-methanol injection systems deliver 5-20 percent more bolt-on horsepower No matter what kind of high-performance vehicle you drive. sooner or later you’re probably going to want more power. And that immediately begs the question, how to get It? Naturally you can change cars, or rebuild or even swap engines, but there are easier ways ... Read more about this post 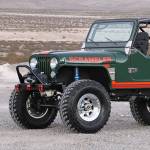 The custom Jeep features a whole lot of awesomeness—including a Banks 630T engine. The Jeep CJ8 or Scrambler hasn’t been made since 1986, but now thanks to Winslow Bent and his team at Legacy Scrambler Conversion, this classic Jeep is now available as a virtually new, trail-ready rig. Yep, we said all new. This isn’t a ... Read more about this post