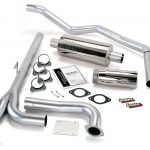 Bolt-on Performance Upgrades After we packed our project Titan with power-adding goodies, we decided to test them out while patrolling the dunes at the annual Thanksgiving convergence at Glamis, California. Having the extra power underhood helped us to rescue this stuck driver. Nissan’s entry into the competitive fullsize American pickup arena hasn’t escaped our notice. Between driving ... Read more about this post 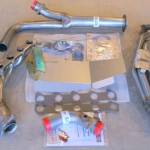 Installing a Full Banks PowerPack on a Ford F-350 As the loads we’ve asked our trucks to haul have gotten larger and heavier, tow vehicles have had to become more powerful and fuel efficient to be able to safely and economically tow these heavy loads. As we walk the boat ramps, the other places where trucks ... Read more about this post 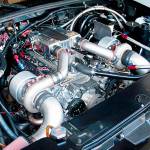 Imagine driving a 1,100 hp, Twin-Turbo sport truck This was no feverish dream, but one hell of an adrenaline-pumping ride for two incredible days. It all took place last spring after an invite from Gale Banks Engineering to join Hot Rod magazine’s Power Tour 2005. This event has been held once a year since 1995, crisscrossing the ... Read more about this post 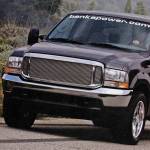 How Banks Gets More Horses From A Ford F-250 Power Stroke Think of your diesel truck as a sleeping giant. It’s amazing how docile it may seem. But poke it with a stick, and you’ll really rile that truck into action. That’s been the approach of Gale Banks, who’s pulled more power out of diesel engines ... Read more about this post 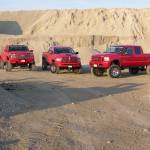 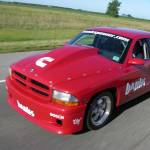 For Decades, Fringe Hot Rodders Have Been Predicting a High-Performance Diesel Revolution. It Turns Out They Were Right. Expect Diesels to Be Smoking Musclecars at a Track Near You. It’s like an eyewitness account of Jabba the Hutt showing up to an NFL training camp and running the 40 in 3.9 seconds. Poppycock! Aside from being ... Read more about this post 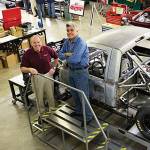 The future of automotive propulsion may already be here, waiting at your local truck stop. But that was then. Things are very different now. I recently visited my pal Gale Banks, who helped update me on the state of the modern diesel. Banks is a veteran hot rodder who has several land speed records to his ... Read more about this post 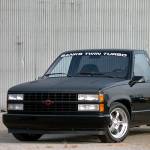 How the Banks Race Shop modified its twin-turbo “Rat Rod” pickup for the Hot Rod Magazine Power Tour The Banks Race Shop crew is hard at work getting five high-performance trucks ready to drive on Hot Rod’s Power Tour. One of them is Banks’ “Rat Rod.” It has recently gone under the knife to better ... Read more about this post 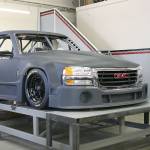 Gale Banks is out to prove diesel engines are capable of high performance, and he’s proving it one racing venue at a time. Gale Banks Engineering is going road-racing with a twin-turbocharged diesel-powered truck. The diesel engine produces more than 800 lb.-ft. of torque at under 2,500 rpm. In 2003, at the Bonneville Salt Flats, a Banks ... Read more about this post 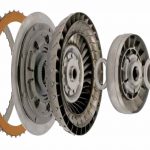 Banks’ billet torque converter takes on big diesel power   The Banks Billet Torque Converter is designed to withstand the stresses of high-torque diesel engines. A detailed eight-page installation manual is provided with the torque converter, but we followed Banks’ advice and had it done at a professional shop. I have to admit to getting a certain thrill ... Read more about this post