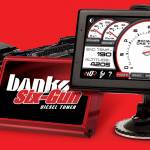 Smarts + Muscle = Banks iQ Micro Computer and Six-Gun Power Tuner In today’s computer age, everything we touch during our daily lives is related to or controlled by a computer. In your gas or diesel-powered truck and SUV, there are multiple computers keeping tabs on engine, tranny, and braking performance. It only makes sense in ... Read more about this post

100 Most Influential People in RV History 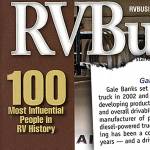 Celebrating the Inventors, Entrepreneurs and Visionaries Who — During the Past 100 Years — Made Lasting Contributions to the Inception, Growth and Success of the Business of Recreation. In the May/June 2010 issue of RV Business, Gale Banks was honored to be included on their list of people who have made a significant difference in the ... Read more about this post 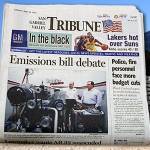 Lawmaker wants AB 32 suspended. How would that affect California businesses … and you? AZUSA – Automotive engineer and hot rod aficionado Gale Banks pointed to various engines and cars in his shop here last week and criticized state regulations for “bogging down” his ability to advance the clean, efficient diesel technology that won those engines ... Read more about this post 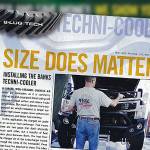 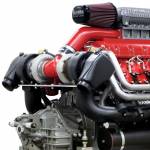 What’s more important, horsepower or torque? With this engine, you don’t have to choose! Over the last few years, the diesel quest for low-end torque seems to have been replaced by the bragging rights of quadruple-digit horsepower. While big power numbers are fine for selling parts and winning dyno days—torque is still what gets the job ... Read more about this post 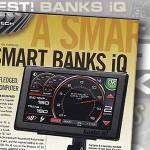 The Banks iQ Dashboard PC is a full-fledged, handheld computer for your truck. It features a 5-inch touch-screen display, micro SD card slot… THE WORD “SMART” CAN BE DEFINED in many ways; one of them is “capable of independent and apparently intelligent action,” and the other is “chic, elegant, and stylish.” The new Banks iQ Dashboard ... Read more about this post 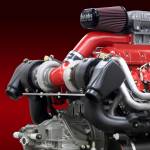 It’s turbocharged. It’s supercharged. It’s the Banks Sequential Super-Turbo diesel, and it could change the way you think about diesel power. Any number of attempts to bring diesel power to a mainstream high-performance audience have been made over the years. Bt the truth is they’ve been met with only moderate success (at best). That’s because the ... Read more about this post 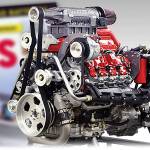 The technology used to set diesel drag-racing records is being brought to the water in the form of the Banks new marine diesel V-8, the Sequential Super-Turbo engine. It has been a long time since we heard anything from the marine side of California-based Gale Banks Engineering (bankspower.com), best known for its power-boosting aftermarket equipment for ... Read more about this post 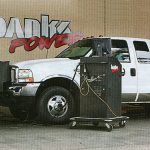 The final chapter in the 6.0L re-build series, part five includes Fluidampr, billet torque converter, intercooler and tuner. Our Story So Far: This 6.0L V-8 came from an ‘03 F-350 that was running rough under all conditions. The owner brought it to Banks Power in Azusa, California, where the Banks Powerhouse shop performed a teardown and evaluation ... Read more about this post 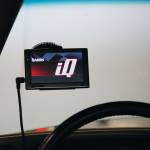 The Banks iQ: An Automotive Equivalent of the iPhone? It seems ironic that 10 years ago, diesels required almost no electricity, yet wouldn’t exist today without computer controls. While some traditionalists may long for the days of mechanical injection, the truth is that many of you reading this magazine have only owned computer-controlled diesels. In fact, ... Read more about this post