In this application, the charged air cooler is an air-to-air heat exchanger. That means, there are two gases that don’t physically touch each other, but a transfer of heat takes place between them. The heat from the charged air of the turbocharger travels through the tubes of the intercooler; these tubes have fins attached to them. The tubes heat the fins of the intercooler, and that heat is then transferred from the fins to the cooler, outside air. Air that is entering an intercooler (after exiting a turbocharger) is typically around 250 to 350 degrees, which will always be hotter than the temperature of the outside ambient air-this is true even if you are driving through Death Valley in the hottest of summer months. 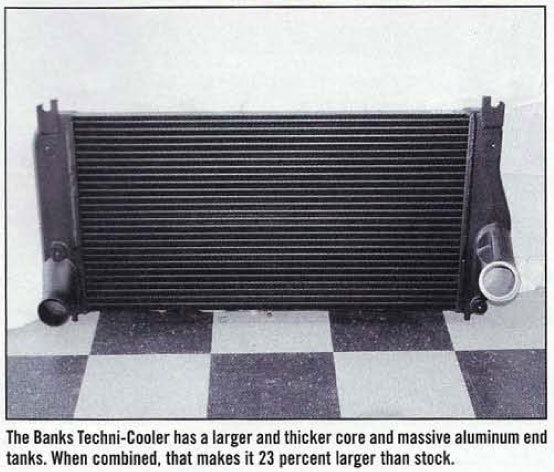 The ultimate goal of the intercooler is to reduce this temperature as much as possible. As a rule of thumb, every 10-degree drop in charged air temperature results in a 1 percent increase in charge density and output power. There is almost a 1:1 relationship between lowering the intake temperature and reducing EGT. Another important component to the intercooler is the associated input and output boost tubes (available for some applications, call Banks for details). The best piping would be relatively smooth on the inside, have a relatively straight path or gradual angles and transitions, and be as short as possible. This will reduce the amount of pressure required to produce a certain amount of boost, which will increase reliability and efficiency. 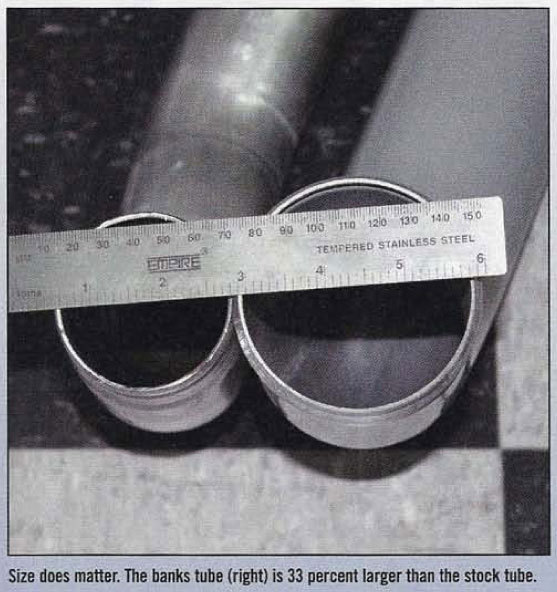 The engineers at Banks have examined the stock charged air cooler system in Duramax-equipped trucks and improved it. The Banks Techni-Cooler intercooler has a larger core area and massive cast aluminum end tanks, which help increase the air’s density. These end tanks were designed utilizing computational fluid dynamics to improve the airflow over the OEM design. Another important part of the system is a much larger hot-side boost tube (available for some applications, call Banks for details), which is mandrel-bent and powder coated. This combination provides up to 25 percent more volume and a higher flow rate than the stock system. The higher volume of colder, dense air means more fuel will be burned and that means more power and lower EGT. So, size does matter. 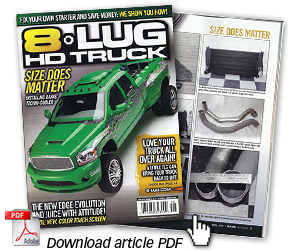