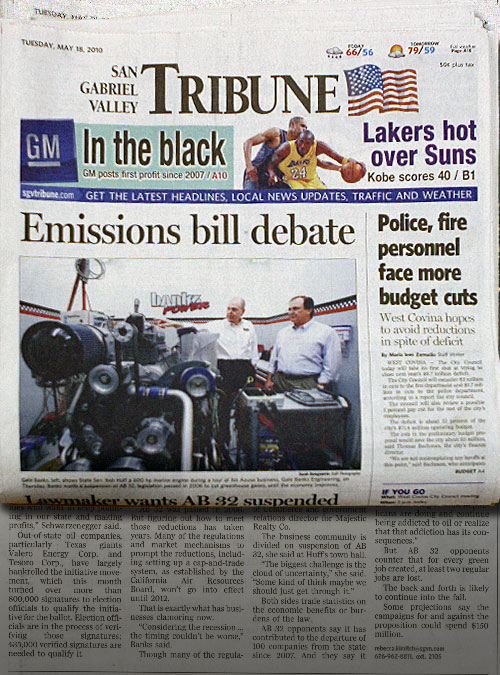 Lawmaker wants AB 32 suspended. How would that affect California businesses … and you?

AZUSA – Automotive engineer and hot rod aficionado Gale Banks pointed to various engines and cars in his shop here last week and criticized state regulations for “bogging down” his ability to advance the clean, efficient diesel technology that won those engines awards.

At the same time, Banks said those same engines and cars would “absolutely” not have been possible without government regulations and intervention to push green technology.

Despite the latter acknowledgement, Banks is part of a growing chorus of business owners calling for the suspension of Assembly Bill 32, California’s groundbreaking climate-change legislation. 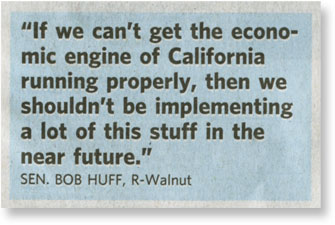 State Sen. Bob Huff led the chorus last week during a tour of the Gale Banks Engineering facilities and a town-hall meeting where he tried to rally support for a ballot initiative to suspend AB 32, which requires that California carbon emissions be reduced to 1990 levels by the year 2020 and 80 percent below 1009 levels by 2050.

Backers of the initiative, which is expected to qualify for the November ballot within the next month, say AB 32 is responsible for job losses and pushing companies out of the state during the recession by creating excessive regulations.

“If we can’t get the economic engine of California running properly, then we shouldn’t be implementing a lot of this stuff in the near future,” said Huff, R-Walnut.

But AB 32 backers, led by Gov. Arnold Schwarzenegger, say opponents are using the economy as an excuse. The initiative is really fueled by a less noble desire, they charge.

“The effort to suspend AB 32 is the work of greedy oil companies who want to keep polluting in our state and making profits,” Schwarzenegger said. 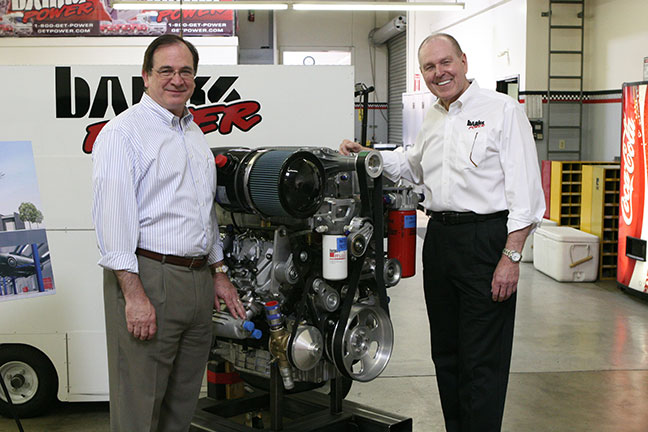 The initiative would suspend AB 32 until the unemployment rate in the state is 5.5 percent or less for four consecutive quarters. Unemployment in the state stands at 12.6 percent.

“We just want to slow down until employers can absorb this, to where business is flourishing, and not give businesses another reason to relocate to another state,” Huff said. 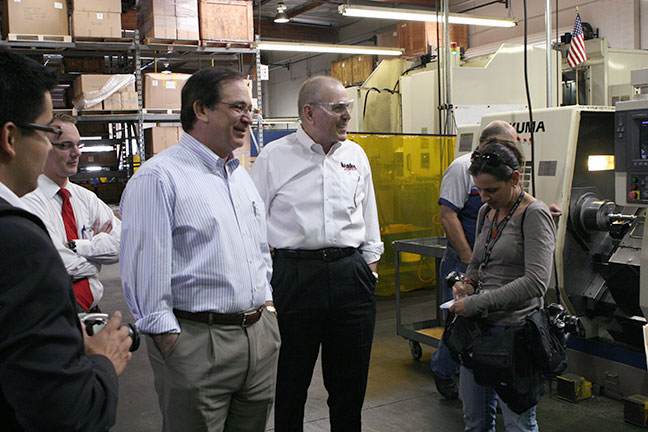 Steven Maviglio, a spokesman for the campaign against the initiative, scoffs at that notion. Instead, he said he would kill the law altogether. An unemployment that low for four consecutive quarters has only happened three times in three decades, he said.

Maviglio said AB 32 is being blamed for job and profit losses that are a result of the economy, not the effort to protect the environment.

“Trying to blame a law that has not even gone into effect is pretty absurd,” he said.

AB 32 was passed in 2006. But figuring our how to meet those reductions has taken years. Many of the regulations and market mechanisms to prompt the reductions, including setting up a cap-and-trade system, as established by the California Air Resources Board, won’t go into effect until 2012.

That is exactly what has businesses clamoring now.

“Considering the recession … the timing couldn’t be worse,” Banks said. 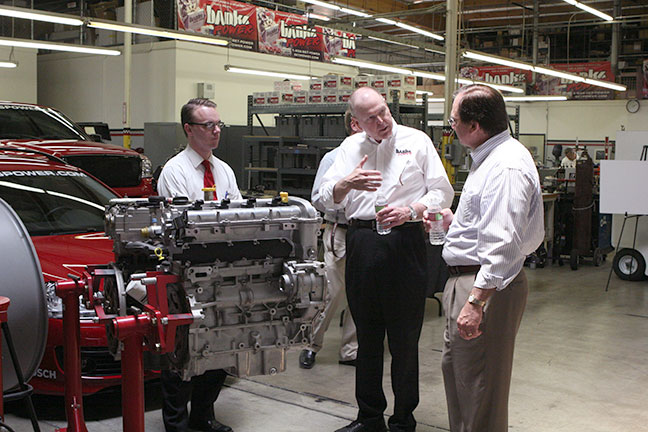 Though many of the regulations are a year away, the capital investment must be made now, explained Tom Tanton, president of T2 and Associates, an energy consulting firm.

“If you are a refinery and you need to make changes in your refinery operations to meet those 2012 deadlines, you have to make those investments today, and that takes capital away from the employment side,” Tanton said at Huff’s town hall, a sparsely attended event held at the Monrovia Community Center.

But Assemblyman Mike Eng, D-El Monte, said now is the wrong time to change AB 32 after years of planning for its implementation.

“To throw a monkey wrench into it would set us back years and years of coming to a consensus of how we clean up the environment,” he said.

Some businesses agree, according to Fran Inman, immediate past chairwoman of the Los Angeles Area Chamber of Commerce and government relations director for Majestic Realty Co.

The business community is divided on suspension of AB 32, she said at Huff’s town hall.

“The biggest challenge is the cloud of uncertainty,” she said. “Some kind of think maybe we should just get through it.”

Both sides trade statistics on the economic benefits or burdens of the law.

AB 32 supporters charge the exact opposite, that the law has been a catalyst for the only growth in economic activity the state has seen in recent years. And they say there is no proof that pending environmental regulations are responsible for companies’ departures from the state. 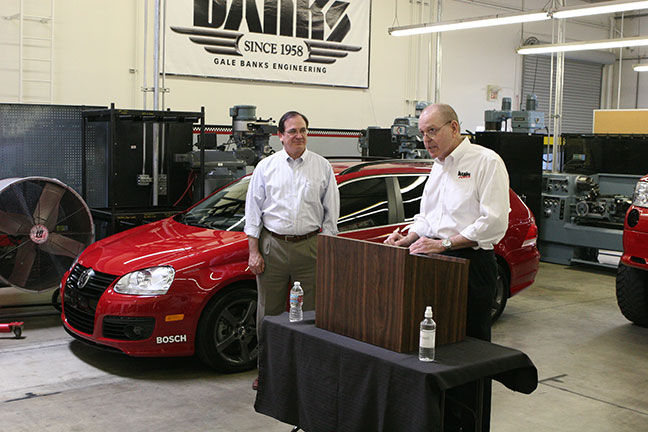 Gale explains how today’s technology can clean up our aging fleets.

Because of AB 32, California has captured 60 percent of the country’s venture capital for clean energy, and seven of the top 10 clean-tech companies are based here creating thousands of jobs, Maviglio said.

“These are jobs up and down the state, not isolated to just Silicon Valley, and up and down the career ladder,” he said. “People who made typewriters lost their jobs when computers came along. People who made buggies lost their jobs when cars came along. We can either cling to what Republicans are doing and continue being addicted to oil or realize that that addiction has its consequences.

But AB 32 opponents counter that for every green job created, at least two regular jobs are lost.

The back and forth is likely to continue into the fall.

Some projections say the campaigns for and against the proposition could spend $150 million. 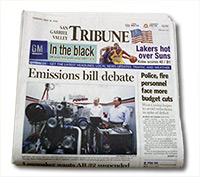 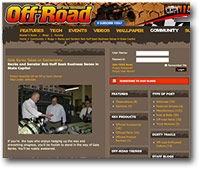 Read more about AB-32
on the Off-Road magazine website!

Update: Watch the videos
from the Senator’s visit!