It’s been said that there’s no good excuse for a naturally aspirated diesel in a light truck. While you can get away with it at sea level, the difference in power between a turbo and nonturbo diesel is like the difference between a V-6 and a big-block V-8. Not only can power outputs be increased with turbos, but emissions can be reduced. Gale Banks recognized this early on and has offered turbo kits for naturally aspirated diesels since the mid 1980s. The Banks Sidewinder kit was actually offered as a factory option in 1989–1991 GM trucks before the 6.5L V-8 Turbo was introduced. It made sense to go to Banks to solve our Blazer’s need for speed. A step-by-step installation follows, but a few general words are in order before we start.

The principle is simple. A naturally aspirated engine has to rely on atmospheric pressure, essentially the weight of the air over the earth (creating 14.7 psi at sea level), to fill the cylinders. At low rpm, there is enough time in the diesel intake stroke to fill the cylinder to as much as 85–88 percent of capacity. As engine speed increases, this percentage may drop below 80. The ratio of the theoretical amount of air the engine can inhale versus the actual amount is called volumetric efficiency. The fuel system is calibrated for this reduced, real-world amount of air so actual power output is less than the theoretical amount an engine of a given displacement could produce.

Forced induction puts the air in under pressure. In the case of our Sidewinder, that’s at up to 10 psi above atmospheric pressure. This can easily pack the cylinder to at least 100 percent of capacity. If you add the extra fuel needed for that amount of extra air, you are gaining power and torque and at least 100 percent volumetric efficiency.

There are limits to the amount of boost an engine can tolerate, and Banks determined 10 psi is the safe limit for the essentially stock 6.2L GM diesel.

The Sidewinder kit consists of a large turbo with a new right exhaust manifold, an intake plenum, a free-flow air filter assembly, a free-flow exhaust system, a pyrometer, and a ton of smaller parts. This ham-fisted journalist was able to do the insto himself in about 18 hours. A vital part of the installation process is increasing the fuel rate. Banks gives you an arbitrary quarter turn of the fuel rate screw to start, followed by a double check on the road via the pyrometer (the exhaust temperature gauge included in the kit). We were looking for an EGT (exhaust gas temperature) increase to 1,100 degrees from a full-throttle, heavy-load run. Our first run was only about 950 and we needed to bump it up. Banks does not recommend EGTs any higher than 1,100 degrees for the 6.2L.

Since the Blazer is a nonwastegated turbo, you have to build some rpm before getting much boost. In our case, 1–5 psi was noted from idle to about 2,200 rpm, depending on load. Above that speed, it increased to 7–10 psi by the time we were past 2,500 rpm and stayed that way to our engine’s governed speed.

Freeway hill climbing is quite different. Our test hills are the “great equalizers” of the Rocky Mountains, Vail Pass (10,000-plus feet) and both sides of the Eisenhower Tunnel on Interstate 70 between Glenwood Springs and Denver. In both cases, where the truck previously had to grind up the steep parts of the slope in Second or Third at 40–50 mph, the turbo allowed the unit to maintain 65 mph in Fourth (OD) gear half the way and hold the same speed in Third gear on the steeper parts at the tops of the passes.

We cannot report on fuel mileage, because we added the Off-Road Design Doubler at nearly the same time and, as expected, the drag of those extra gears have cost us some mileage. Under normal circumstances, the mileage would theoretically increase slightly because less throttle is required to do the same work. Trail/low-rpm performance is unchanged (there’s next to no boost at 1,000 rpm), though we look forward to seeing how the extra power will help in situations where higher-rpm horsepower is needed, such as on certain types of mud and sand. This is where our diesel really lacked.

So ends Project Blazer. Actually, these buildups never really end. True gearheads are never able to complete a project, because some new goodie is always appearing on the horizon. We had a lot of positive feedback on this buildup and we’d like to thank the readers who took the time to write in with comments and questions, or just to tear out our livers! We’d also like to thank the many fine companies that supplied parts and information to turn our old Blazer into the gnarly beast that it is. The diesel Blazer will remain a testbed for new ideas, so you can still look forward to seeing it showing up in the pages of Four Wheeler from time to time. 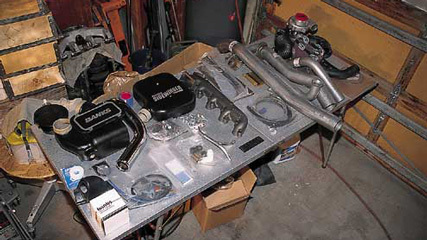 Step one is to lay out the kit and check off all the parts from the parts list on the instructions. It’s a sizable list and pile of parts. Our list was a bit shorter than normal because we had previously installed the Banks exhaust system. Only the front part of the exhaust system was changed. 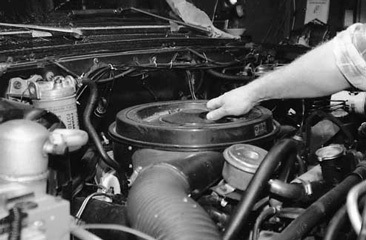 The teardown starts by disconnecting the batteries. Next, remove the air cleaner, air cleaner brackets, and silencer (ours had been removed during the previous Stinger installation). 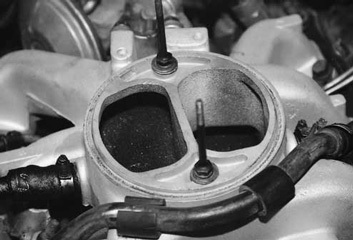 We had previously installed a nonemissions intake manifold, which is without the EGR valve. We essentially reverted to a HD emissions engine, which is legal outside California. If you live in an emissions-controlled area, Banks will send a light-duty emissions kit. Don’t worry, the EGR and other parts are virtually no cost to power with the turbo kit. Intake restriction becomes a moot point with forced induction. 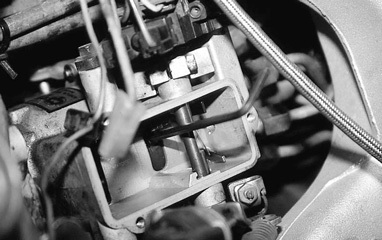 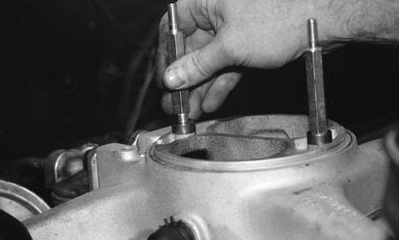 After you’ve removed the original air cleaner studs, install the new pressure chamber studs with the two 5/16-inch washers between the stud and manifold. We used red Loctite on these to prevent them from backing out. 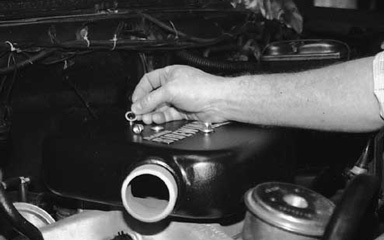 The plenum can be installed after the new round gasket is installed on the intake manifold. Special rubber sealing washers are installed over the protruding studs and the self-locking nuts can be installed. A tapped hole is drilled into the plenum for a boost gauge fitting. Be sure to install the fitting or the plug provided in the kit. 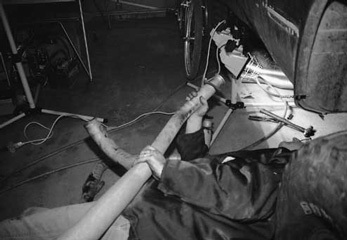 The fun part: removing the exhaust. Fortunately, all we had to remove was the Banks Stinger front Y-pipe assembly. You’ll need to save (or buy) one exhaust donut and one exhaust flange from the old stuff for re-use with the new crossover pipe. 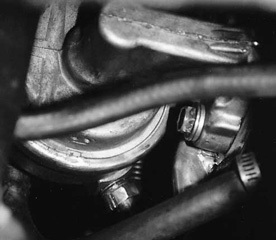 The next step is to remove the fuel lift pump from the engine and install the new spacer plate that has a drain fitting for the turbo lube oil. The pump pushrod will slip down, and you will need to grease it in the up position to install the pump. 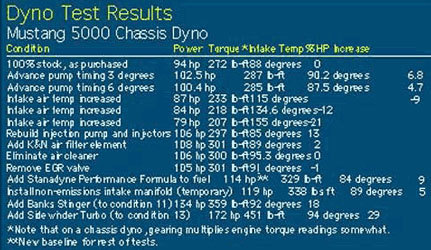