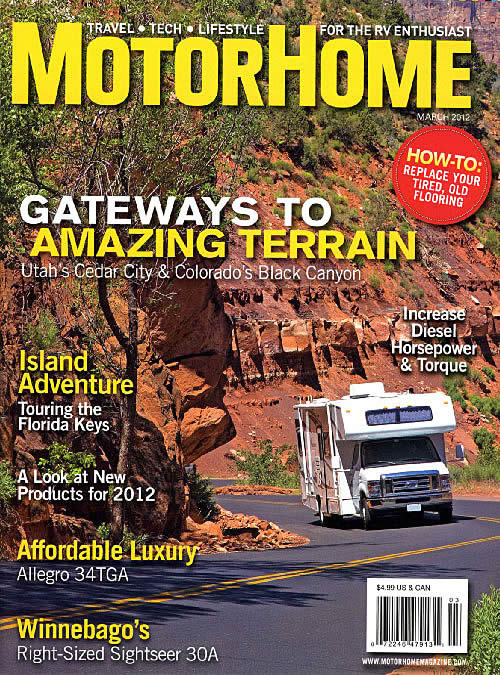 Shorter distances getting up to speed, higher hill-climb speeds—and a significant fuel economy improvement—were all made possible by installation a Banks PowerPack to a 2003 Fleetwood Expedition Class A pusher motorhome.

Many people buy motorhomes and then after driving them for a while, decide they’d like more power for accelerating onto highways, passing and climbing long grades. This is particularly true of entry-level and mid-priced diesel coaches, which often have sufficient power to get down the road, but add a dinghy vehicle or throw in some mountains and you’re stuck in the slow lane with the heavily loaded 18-wheelers.

In search of a solution, we recently tested a Banks Power product designed for 2003 through 2009 Cummins ISB-CR 5.9-I engines. The Banks Power option for this application is the PowerPack, which consists of the EconoMind Diesel Tuner and a Banks iQ driver Interface. The Diesel Tuner Integrates with the engine and transmission electronic controls to fine-tune fuel delivery, variable geometry turbocharger performance, transmission and torque converter functions, and to optimize drivetrain operation In all conditions. Banks Power also offers other products for various models.

With the Banks Diesel Tuner connected in the engine compartment and wiring routed, the Banks iQ is mounted on the dashboard and plugged in. The iQ delivers a range of useful dynamic drivetrain information on its 5-inch color touch screen, keeping the driver Informed of operating conditions above and beyond those readings available on the instrument panel. The iQ allows drivers to adjust power levels, custom tune performance parameters, measure vehicle performance, read altitude and GPS-corrected speeds and more.

The Tuner raises power, torque and efficiency by increasing fuel delivery by increasing the on-time (dwell) of the electronically controlled fuel injectors; advancing the injection timing; and raising fuel-rail pressure for more complete atomization of the fuel, which results in more complete combustion and more power and mileage.

Banks utilizes sophisticated cylinder-pressure sensors, which monitor peak pressures during product development, to be sure safe pressures are never exceeded. Power is tapered off at shift points to reduce the stress on the transmission. Fuel pressure is also kept within the stock maximum relief valve settings to ensure system durability.

When more fuel is introduced to the engine, more air is needed to maintain exhaust gas temperatures (EGT) within the proper range. To go along with the changes noted above, Banks adjusts the variable-geometry turbine in the turbocharger to get more boost and therefore airflow. All of these changes are achieved without any mechanical modifications to the motorhome.

Testing was conducted on a 2003 Fleetwood Expedition Class A pusher motorhome, equipped, with a 5.9-L Cummins ISB engine and an Allison 3000 series six-speed automatic transmission. The coach weighed 22,300 pounds as tested and is an excellent example of the lower end of the pusher motorhome market; It’s a relatively heavy vehicle with one of the smallest diesel engines available in the segment. While the 5.9-L Cummins is a rugged and reliable engine, it has to work hard in this application.

INITIAL DRIVING IMPRESSIONS
Driving the coach in stock condition is comfortable when navigating City streets and cruising on relatively level highways, although acceleration performance is lackluster. Individual driver perception and preferences play a big part in how well a stock motorhome is seen to perform. As soon as moderate hill climbs (3-4 percent grades) are encountered, throttle application at or near 100 percent is required just to maintain reasonable speed. More severe hill climbs such as the nearby Cajon Pass on Interstate 15 (a 6 percent grade) limit the coach to a maximum speed of about 58 MPH (without a dinghy vehicle, passengers or cargo), with the transmission downshifted to fourth gear. A climb up Lone Pine Canyon Road (an 8.6 percent grade) severely challenges the engine, with speeds towing out at 43 MPH in third gear. Under these conditions, the stock engine is working hard and EGTs reached a peak of 1,368 degrees Fahrenheit, very near the maximum limit of acceptability. In general, the coach seems to have just enough power to get the job done.

DRIVING WITH THE POWERPACK

Driving With the PowerPack installed provides an improvement that can be noticed in the seat of the pants, even without instrumentation. The added power and torque quickly become apparent, even with the initial acceleration from a standing start. Maneuvering to merge with traffic becomes less of a challenge, requiring less tension and focus, which allows drivers to relax and be more aware of their surroundings.

When climbing hills, the coach easily pulls moderate grades with plenty of throttle left for added reserve power when needed. Even on the steepest portion of California’s long Cajon Pass the coach maintained 62 MPH in fifth gear with the tuner active. As the grade diminished slightly, the motorhome accelerated to faster than 65 MPH. Banks limits the power output in fifth and sixth gear to protect the transmission, so in the interest of comparing in the same gear as the stock condition, we also did a run in fourth gear. In this case the motorhome ran the steepest portion right at 65 MPH, but the RPM was high enough that it was starting to get into the governor, so it didn’t really accelerate much beyond that in fourth gear as the grade diminished. The coach also easily climbed Lone Pine Canyon Road at 51 MPH in fourth gear, Instead of 43 MPH In third (a gain of 8 MPH).

During hill climbs the EGT never exceeded 1.350 degrees Fahrenheit, which is lower than in stock form. The driving experience became pleasurable, and the overall feeling is that the coach has the ability to travel with the flow of traffic and accelerate and pass when necessary.

In addition to driving the motorhome, we tested it on a fully instrumented Mustang MD-750 chassis dynamometer with dual absorbers, which is capable of measuring up to 1500 HP, it measures real-world power at the drive wheels, which is lower than power measured at the flywheel before it goes into the transmission and differential, but measures what your motorhome actually puts down on the road. The computer-controlled dyno is capable of following a driving sequence similar to those required by the EPA for engine certification, and it has proven to be more consistent than a human driver in real-world driving situations. It eliminates variations in wind conditions, traffic congestion and other factors that can throw off instrumented road-testing results.

In addition to power gains (see chart), which show up as shorter distances getting up to speed, and higher hill-climb speeds, we also saw a significant fuel economy improvement of 6 percent. This comes from a combination of increased liming, better fuel atomization and being able to run a higher gear during hill climbs. The MSRP for the system is $2,087.78 plus sales tax. Installation time at Banks headquarters is six hours at $89 per hour ($534 labor).

Warranty coverage when installing aftermarket products is typically a concern of motorhome owners, and according to Banks. This product does not void any factory warranties. The protection falls under the Magnuson-Moss Act, which protects factory coverage unless the aftermarket product is directly responsible for the failure, which is rarely the case in these scenarios.

Although motorhomes are too heavy to be included in the California Smog Check program, CARB requires an executive order (EO) number for the product to be legal in the state. At press time this product falls under CARB-issued temporary dispensation for aftermarket diesel emissions compliance; Banks expects to have EO coverage by this time this issue reaches readers’ homes.

We were very impressed with this system, because it works as claimed, doesn’t require exhaust modifications, there are no moving parts, and if you ever decide to remove it, that’s relatively easy, too. 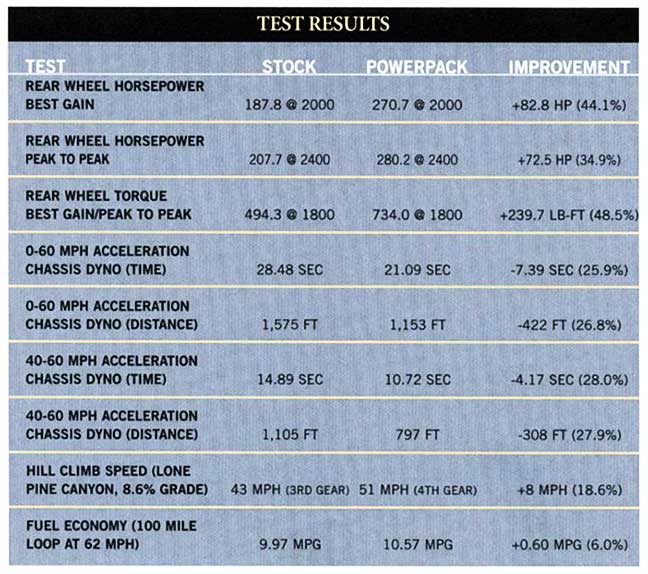 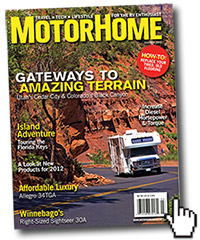