In the fall of 2008, this magnificent machine came “home” to the Banks tech shop for a short, regularly-scheduled maintenance visit. Of course, we are using the terms “regular” and “maintenance” with some relativity here.

As even the most casual observer would easily note, this bolide is an absolutely unique one-off that did not come with anything even approximating an owner’s manual in the glove box (actually, it doesn’t even have a glove box!). Be that as it may, it was just great to have this exciting vehicle back in the Banks Tech Bay, all 20+ gleaming feet of it, if only for a few days!

If you’ve been reading about this big silver bullet right all along, by this point you might have come up with the idea that taking a twelve-cylinder, air-cooled, carbureted World War II-era engine, originally designed to haul a 30-ton military tank over hill and dale at a ripping 15 or 20 miles per hour, and making it into the centerpiece power unit of one of the most photographed, most outrageous, most spectacular sports cars ever to roll on the face of the planet was a bit of a long haul.

And you’d be very correct!

In a different way, but in all candor, this project was as difficult a challenge as any that have been in the R&D shops at Banks, including the machines that have set world speed records, and broken many others.

Adapting twenty-first century Formula One V-12 fuel injection technology to an engine that was designed in the 1940s with toughness as the number one criterion was no easy task.

As you’ve read, every part of the new twin-turbo exhaust and intake system was designed and scratch-built right here at Banks. But, even more, important than the hardware (which was very important!), was the all the head-scratching, brain-storming, and number-crunching that went on just to make this one run. As you’ve seen, this complete makeover almost doubled the horsepower and did the same for the fuel mileage!

Interestingly enough, when Gale Banks went to partner Bosch and told them that he was developing a huge “former tank engine” into some sort of sports car power unit and that they were pulling out the old carbs and putting in an ultra-sophisticated common rail fuel injection system in their place, they were, let’s just say, a tad skeptical.

Of course, when he mentioned who the machine’s owner was, the quizzical looks turned into smiles. Leno, of course!  Jay Leno, America’s favorite late-night host, and car guy, suddenly the mammoth mission somehow became more clear …

So, two years after this monstrously menacing machine rolled out of the Banks race shop and up Duggan Avenue with Leno driving and Banks himself riding shotgun, and after hundreds and hundreds of street miles, and, after one show-stopping appearance after another at a multitude of car shows from Van Nuys to Pebble Beach, it was not deemed particularly unusual to see this thoroughbred cooling its heels in the Banks R&D shops for a bit of a “tune-up”.

For the record, the electronics side of the Banks workshop did all of the work and the only wrenches that turned were the ones that opened the electronic panels under the dash to get at the ECU.

The only issue was one of drivability and that had to do with the fact (as above) that a lot of the conversion from a normally-aspirated engine with twin updrafts carbs to one with ultramodern Bosch/Banks fuel injection and twin turbos took (as mentioned above), some fairly high-strung racing components being brought into play in a “street” car. In other words, there was more number-crunching to be done to smooth out the engine response.

Strapped down to the Banks chassis dyno and thundering along at a “good rate of knots” (that’s a technical term) the car seemed more like a living thing than a couple of tons of steel and aluminum. Getting up close for a photo when this beast is running (even when its immobilized) takes a bit of an attitude.  One just keeps sort of saying (to one’s self): “It’s strapped down, it’s only a car, it can’t hurt me.”  It really does seem alive though.

The Leno Tank Car’s recent check-up trip to Banks yielded vast improvements in both cold starting and curb idle as well as overall drivability. Remember that the Bosch ECU which was used here was a full-race unit and a nice smooth idle is not one of the top ten items on a modern Formula One racecar’s checklist.

Of course, there were multiple test drives. Much to check out and a number of check rides to be given. After they pulled in and got their collective breaths the Banks engineers had plenty to say about the short road tests which they “had to make in the cause of science”, poor babies. “The car drives deceptively well …” one allowed. “The sound of those massive Goodyear truck tires howling about two feet from your ear is a bit disconcerting at first …” said another. “The car’s low-speed agility is good, except when the speed falls into the parking lot range, then the steering gets a little heavy”  was postulated. And one last (rather obvious) one: “This car is a massive attention draw … No one ignores it as it passes by… I can see why Jay loves it.”  Us too, we all are drawn to this iconic car that’s far more fantastic than the wildest “fantasy car” ever, only it’s the real (Banks Powered) thing! 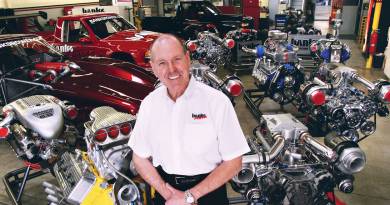 My California Speed Shop Addicted Me 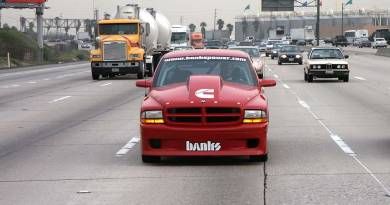 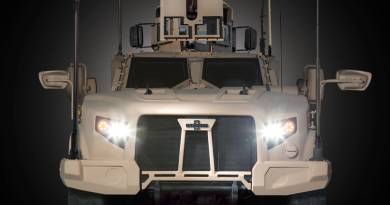