What went down at SEMA this year? As usual, it was a crazy mix of hot rods and exotics, flashy paint jobs and pricey wheels, old friends and new contacts… check it out…

The 2010 SEMA show in Las Vegas, Nevada, is now gone but definitely not forgotten.  Gale Banks was one of the original SEMA members and has attended dozens of shows over the years, so it’s part of our corporate DNA to take part. This year our group returned to the Banks Engineering headquarters with stacks of product literature, a briefcase full of business cards, heads full of new possibilities…and sore feet. There are miles of isles, booth after booth and display after display. Practically every single booth had at least one thing in it that any gearhead could appreciate, and many were devoted to diesel performance.

Thousands of enthusiast parts manufacturers, buyers, jobbers, and wholesalers take part, along with media from all over the world.  SEMA spokespeople tell us there were roughly 2000 customized cars, trucks and motorcycles in total, and we were pleased to see that quite a few had Banks Power equipment on them. Attendance was strong, perhaps up a tick from last year. It’s impossible to know exactly, but there had to be thousands of products introduced for the first time.

For us, the opportunity was to see old friends, make some new connections, and browse the latest offerings in performance parts. We were particularly interested in performance parts–pistons, turbos, superchargers, transmission parts, and other newly-designed pieces that might fit in with our product plans and racing goals. More than one manufacturer brought out prototypes from under the counter to get Gale’s reaction and assess his interest in working together on a special project.

Many Banks Power dealers and customers were on hand and stopped for a quick visit with Gale.  Some had already been to the Banks Engineering headquarters in Azusa, California, and some were people we hope will come to visit us one day to get the full tour.

Taken as a whole, SEMA 2010 continued to offer both the ridiculous and the sublime, the exhilarating and the exhausting, and we’ll wager, stand as one of the most original marketplaces the universe has ever known.   For those who were unable to attend, we offer a taste of what you might have seen if you were there. 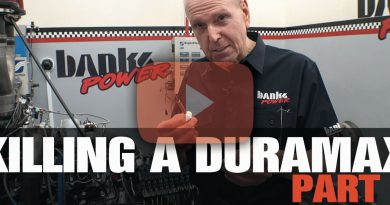 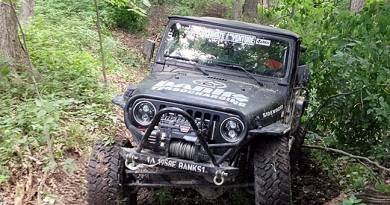 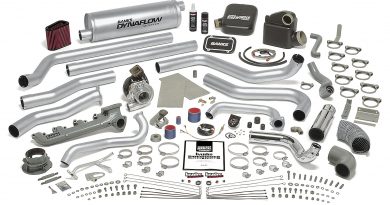