Azusa, California – – No, it’s not the Bayeux Tapestry, but perhaps it might be considered as the American motorsports equivalent of it.

It’s the colorful 63 and-a-half-foot long, five foot tall, timeline-history of Gale Banks Engineering that stretches a full 50 years and features over 400 illustrations that go all the way back to 1958!

In September of 2008 the Wally Parks NHRA Motorsports Museum announced the booking of a special exhibit entitled:  “Banks Power … The First 50 Years”.  The intent was to honor the pioneer high performance company and its founder/president with an exhibition of accomplishments in both the marine and automotive worlds.

The Banks organization has always prided itself on its heritage and legacy, in fact its promotional materials have often featured a basic timeline that traced the company’s strong history.   For the 3,500 square foot Museum exhibit, it was decided to expand and expound on that concept in order to show more of the story behind the company.

The plan involved the use of one of the 60+ foot long cabinet walls in the Museum to start at the beginning and follow the progress of the Banks success story in strict chronological order.

And follow it, it does.  From a one-man garage/shop in Lynnwood, California (set up to pay Bank’s college tuition at Cal Poly) to today’s multi-acre design, testing, and manufacturing campus facility in Azusa, California, which employs 200 people, and on to the honor of being named one of only five people in the industry to receive the prestigious Distinguished Service Award from the Automotive Hall of Fame for 2009*.  Banks is the first person from the automotive aftermarket side ever so honored in the award’s 68-year history.

The end result must really be seen live and in person to truly be enjoyed.  As the “fun” title of this release says it truly is: “0-50 Years in 63 ½ feet”.  The story of a lifetime in pursuit of performance perfection in a little over 21 running yards of exhibition space.

Watching Museum visitors look back through the 50 years is nothing short of fascinating.  They recall what they were doing, where they were, their own significant personal dates and places as they note the various points of interest along the timeline.

In addition to a beautifully illustrated timeline, the exhibit floor is “well-stocked” with 17 very significant, very real, complete engines, each representing a different phase in Banks’ seemingly endless quest for efficiency.  Along with the gleaming engines are a number of significant race record holding vehicles that carry the Banks colors as well.  Fastest, quickest, first, winningest … You name it, doubtless one the racing machines on the floor will have done it!

The Wally Parks NHRA Motorsports Museum is open Wednesday through Sunday, from 10 a.m. to 5 p.m. (except Easter, Thanksgiving, Christmas and New Year’s Day) and is located right at Gate 1 of the Los Angeles County Fairplex grounds in Pomona, California.

*The actual Distinguished Service Citation award is a crystal obelisk that’s on display at the “Parks” as part of this exhibit.  It has taken a special place of honor at the beginning of the timeline right next to the only trophy that has ever sat on Gale Banks’ desk, a modest little award for an eclectically-controlled robot that got 1st place in the 1958 Lakewood High School Science Fair.  The idea was to sort of “bookend” the first 50 years of Banks Power and point toward the future at the same time. 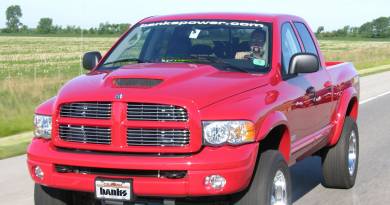 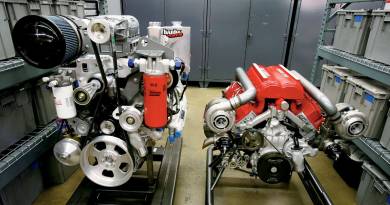 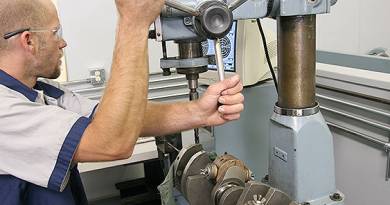