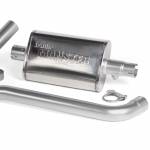 Banks Power has released the Monster exhaust system for the 2012 Jeep Wrangler A large portion of people who buy a Banks Power system are folks who have an older vehicle whose “get up and go has got up and went,” but they would rather keep it than purchase a brand new car or truck. It’s ... Read more about this post 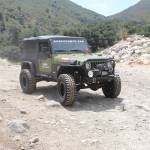 Banks new design for the Jeep 4.0L exhaust manifold makes a great product even better. With more power, quicker acceleration and tougher construction than ever, the new Banks Revolver® for the ’91-99 Jeep 4.0 liter (see the header for ’00-06 models here) out muscles any competitive exhaust manifold: period! You’d think that being made from super-durable, ... Read more about this post

Do you own a 2011 Duramax truck? Lucky dog. That’s a nice truck. Now why don’t you make it even nicer with a cold air intake from Banks?! Proven design. Proven performance. Thanks to its enclosed cold-air housing, huge inlet, giant dome-shaped lifetime filter and streamlined design, Banks Ram-Air Intake maximizes the flow of cool, dense ... Read more about this post 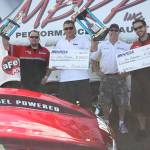 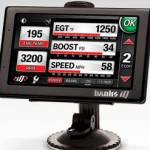 Gale shows the guys at Motorhead Garage some new abilities and options for the Banks iQ, then he demonstrates how the Banks SpeedBrake drastically improves braking performance. Check out these two videos that show Banks is more than just trucks! The folks over at Motorhead Garage on Fox Sports Net have aired two episodes recently that featured ... Read more about this post 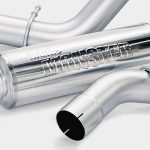 How do you make an awesome truck even awesomer? Sure, that’s a made-up word, but the cool look and sweet performance of this aftermarket exhaust system is definitely real! Formed of heavy-duty stainless steel, Banks’ increased-diameter mandrel-bent Monster exhaust pipes (3″ intermediate pipe and 3.5″ tailpipe) bolt behind the catalytic converter, cutting backpressure up to 79% ... Read more about this post 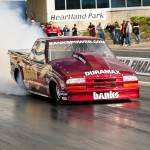 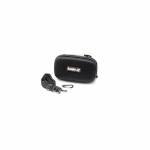 Add a whole new dimension of enjoyment to your Banks iQ with a protective case that has built-in speakers! A custom-designed travel companion for your Banks iQ, the new Travel Case has built-in stereo speakers to provide clear, undistorted sound even at higher volumes. It’s the ideal portable speaker system to compliment your iQ, securely storing ... Read more about this post 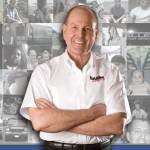 Keep up with what’s going on at Banks Power on Facebook!   Look for updated news and info on the new Banks Power Facebook page. It’s an easy way to access tech articles, racing videos and links to magazine stories. • Be the first to know about new products, latest test results, and upcoming sales. • Got a product ... Read more about this post