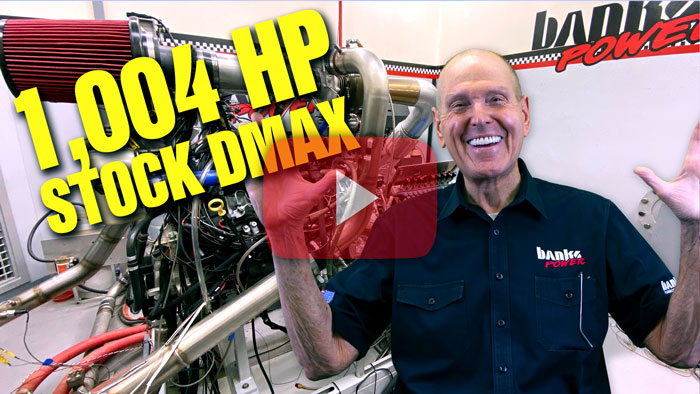 Banks Insider In the News

Banks Power started off a new video series in April of 2019 titled “Killing a Duramax.” The goal of the series was simple: run a stock L5P Duramax on the engine dyno and incrementally crank up the power to see what was not only limiting the engine in making power but what would fail at a higher power level. Banks found limits to making power and replaced those parts with upgraded components. Even with the upgraded components like a performance turbocharger, a more robust fuel pump and larger injectors have (with proper tuning to take advantage of the enhancement parts) resulted in greater power gains… but no failures.

Those waiting for the engine to go “KABOOM!” or topple like a Jenga tower are both disappointed and amazed at the outcome so far. What started out as an engine rated at 445 hp and 910 lb-ft has become 912 hp and 1,389 lb-ft without touching the stock internals. The latest step was to change out the cam with a specially designed by Gale and Comp Cams. With this one component, the mighty Duramax would roar to 1,004 horsepower, and still with stock internals!

The latest video chronicling the search for the L5P Duramax’s internal breaking point and weak links has caught the attention of several online websites such as GM Authority and The Drive. These outlets are chomping at the bit to see what happens next at Banks with the Duramax, and if Gale Banks is teetering on the edge of a catastrophic engine failure… or able to push the L5P to even further power.

Catch up on the series here.

And visit our friends at GM Authority and The Drive.