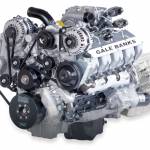 For this first time in the history of diesel performance, you can now buy a 100-percent, brand new diesel crate engine. 575 HP, turnkey, and there’s not a used part in it. Till now, if you wanted a Duramax V-8 in anything other than the fullsize GM truck it came in—your best option was to buy ... Read more about this post 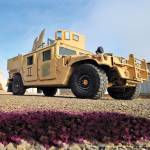 The biggest name in diesel performance ups the power in up-armored Humvees. AM General’s military Humvee was developed during the Cold War to use General Motor’s 150hp and 250-lb-ft of torque 6.2L V-8 diesel. Like the Jeep before it, the Humvee is deployed throughout the world for use in hundreds of different applications-many of which are ... Read more about this post 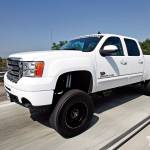 Once again Banks shows us the path to more power without choking the environment, this time on a 2008 Duramax LML. We have seen plenty of diesel engine power adders that make large power numbers and provide truck owners with the ability to easily destroy drivetrain parts. With black soot pumping from an open 5-inch sewer ... Read more about this post 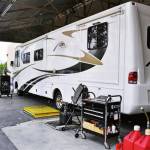 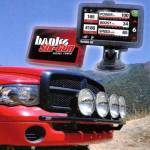 Banks’ Amazing New Controller for Diesels Diesels have always played a major role in the Dirt Sports Nation. Their ability to product massive amounts of torque with little effort make them excellent choices for towing. Couple that prowess with great fuel economy and it is little wonder that diesels are often found under the hoods of ... Read more about this post 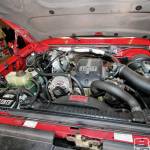 Keeping it cool with a Banks Techni-Cooler bolt-on kit! For those of you own on of those OBS (old-body-style) Ford F-250 Power Stroke diesels, you may or may not know that when you are towing, your EGT (exhaust gas temperature) tends to spike a little more than you’d like. One of the biggest reasons for that ... Read more about this post 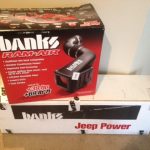 Stinger System For 2012 JK’s The new 3.6 liter Pentastar motor is putting smiles on JK owners everywhere. Its extra power and better fuel economy are among the highlights. However, many of the usual suspects for engine modifications are quiet as of yet to release hop-ups for the new power plant. Gale Banks Engineering has broken ... Read more about this post 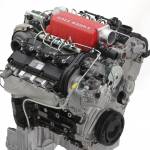 Diesel Power magazine gets inside the first potential 1/2 ton diesel engine. In 2013, the diesels are coming! Our industry is poised to see more diesel-powered vehicles for sale in the United States than we’ve had since 1985. Of the dozen new diesels we expect to be able to purchase, the one powerplant we’re most excited ... Read more about this post 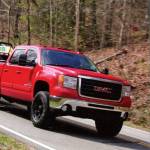 Adding Load Control With a Banks SpeedBrake (on a ‘07.5 GMC Sierra 2500 HD). Using a diesel truck as a tow rig is one of the reasons you bought it in the first place. Those towing duties include work and play. A case in point is Jereme Miltier, at RPM Offroad, in Bristol, Tennessee. He frequently uses ... Read more about this post

Banks brought two turbocharged diesel engines to the IDGA expo and one kit designed to make military-grade Humvees safer and more livable. When most of us think of Gale Banks, we think of diesel engines, big honkin’ trucks and tuning boxes that make pickups perform like slingshot dragsters. What you might not know is that ... Read more about this post