The Science of Intercoolers 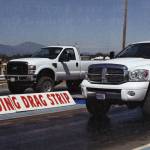 Intercoolers have been around for a long time. In automotive and aircraft use, they’re used to reduce the intake charge temperature on turbocharged and supercharged engines. The diesel using community is more familiar with turbochargers and intercoolers than the gas community as a whole. Turbochargers use the (usually wasted) energy of your exhaust to spin ... Read more about this post 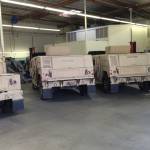 When engines are so strong they can even make a HMMWV move quickly, you know Gale Banks is behind them. HE’S AN ENGINE MASTERMIND. Gale Banks knows how to give any engine more power. Which probably explains why the military called on him when it decided to upgrade its HMMWVs to make them safer, more powerful and ... Read more about this post 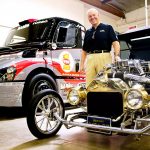 Gale Banks makes front page news, talking about racing, the military, and what it took to get where he is. Gale Banks knows a thing or two about power. And to say he’s had a profound effect on the U.S. auto industry would be an understatement. His Azusa-based company, Gale Banks Engineering, is known for designing and selling ... Read more about this post 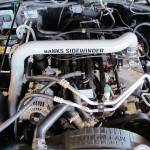 The goal of the Banks Power 4.0L Sidewinder Turbo system was to improve low- and mid-range torque for increased power on the trail and improved drivability on the pavement. Did they get it right? We’ve spent countless hours driving 4.0L-equipped Jeeps, chiefly in Wrangler TJs, Cherokee XJs, and a Grand Cherokee WJ. They’ve all been great ... Read more about this post 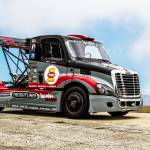 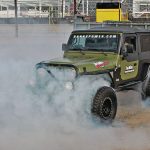 We are such big fans of turbochargers that you might be tired of hearing us talk about them. The fact is that a turbo can be a great way to build more power, and the inline Jeep engines are so overbuilt they can handle boost with no problems. Many people feel that a turbo automatically ... Read more about this post 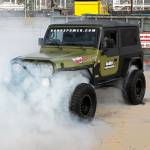 Testing Banks Power’s brand new bolt-on TJ turbo. We had high expectations for this kit kit and we weren’t disappointed. We are such big fans of turbochargers that you might be tired of hearing us talk about them. The fact is that a turbo can be a great way to build more power, and the inline ... Read more about this post 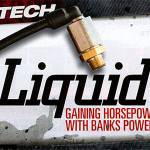 Gaining horsepower and peace of mind with Banks Power water-meth injection. There are a wide variety of products that can help make horsepower and torque; it all comes down to the same principles of more air, more fuel and more spark. Of that combination, introducing more air into the combustion chamber can be the most difficult ... Read more about this post 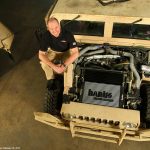 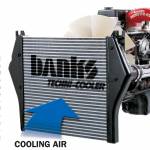 17th Century Tech for 21st Century Diesel Power Back in the 1660s, chemist and physicist Robert Boyle discovered the connection between pressure (p), volume (V), and energy (K). He based his theories, which became known as Boyle’s Law, on his own tests and the findings of his contemporary. These involved everything from experiments using 16-horse-power (literally!) ... Read more about this post