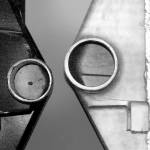 When Banks Engineering came out with an intercooler for the Third Generation trucks my first thought was, “Why?” Peter gave me a tour of their product development department. I am always amazed at the ever-changing landscape within that department. I’ll tell ya, I felt like a kid in a candy store. The staff at Banks looks ... Read more about this post 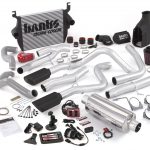 Banks Big Hoss Bundle for 6.0L Diesel Fords One of the great experiences of life everyone should…well…experience is the power rush of a modern-day modified diesel. Once outfitted appropriately with proper-flowing exhaust, intake, and electronics programmed for maximum fuel delivery, a diesel will have the response of a gas engine but with two or three times ... Read more about this post

The Engine of the Future: Here Now 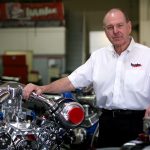 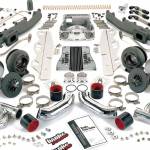 Gale Banks Engineering’s Twin-Turbo Small-Block Chevrolet V8: 1,115 HP @ 100 OCTANE/815 HP @ 91 OCTANE Some say American Iron has its place…in the gun sights of an import. We’ve talked about displacement and how turbocharging can make a small engine “bigger.” Bigger is bigger so when a large-displacement engine like a V8 or V10 get ... Read more about this post 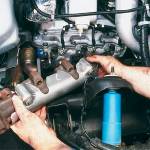 Truckin’ follows the step-by-step installation of a Banks Stinger system on an ’03 Chevrolet 6.6L Duramax When looking for increased power, look no further than Gale Banks Engineering, one of the industry’s leaders and innovators. Banks opened his shop in 1958, specializing in race engines, and then in 1960, he expanded into the marine performance world. ... Read more about this post 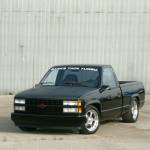 Sport Truck’s Joe Pettitt takes some adrenaline-pumping 0-60 blasts in Banks Twin-Turbo test truck The reasoning for bringing the beast to life is to promote what Gale Banks Engineering is calling its “Back to the Future” Twin-Turbo systems. In short, the company has had these kits available before, but not with the advanced level of today’s ... Read more about this post 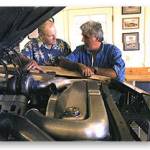 Jay Leno talks about the Banks Gearhead Bash I love Gale Banks semiannual picnic, better known as the Gearhead Bash. I always tell my wife it’s the social event of the internal combustion season. In Hollywood, there might be bigger events, like the Emmys or the Oscars, but there are none as fun as this-especially for ... Read more about this post 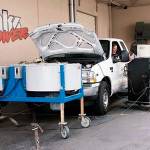 Installing And Testing Gale Banks Engineering’s PowerPack System. Ford’s 6.8L gasoline-fueled V-10 Triton is a torquey over-square engine that comes in most F-250 Super Duty pickups as well as several popular motorhome chassis. It’s a tough 415ci engine that, in stock trim, puts 310 hp and 425 lb-ft to the flywheel, and it loves to tow ... Read more about this post 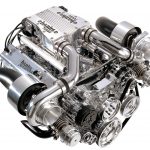 Banks Returns to the Streets with a new Twin Turbo Kit The turbocharger has long been recognized as the most efficient form of supercharging. Without need for a belt or any other parasitic element to rob precious power, the exhaust-driven turbo is capable of providing boost for a minimal power price. The downside of running a ... Read more about this post 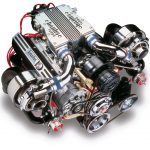 You can huff and puff and blow the competition away! The search for improved automobile engine power has been going on as long as enthusiasts have been tinkering with cars. There are a number of ways to increase an engine’s power output, but regardless of the method used, the end result must always be the same ... Read more about this post