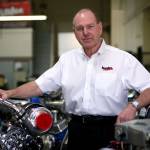 50 Years of Fast Times and Weird Science with Gale Banks SoCal is a Petri dish for breeding subcultures, and in central L.A. County you’ll find holy ground for two of them. The flats surrounding Azusa were the original Mecca of drag racing, containing the legendary strips of Irwindale, San Gabriel and Pomona. Most are gone ... Read more about this post 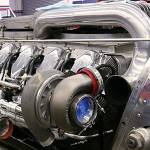 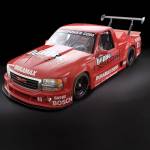 Diesels are coming fast, and Gale Banks wants to lead the charge Transmission This is all race dress. After a lot of trial and error, Banks settled on a Weismann Quickshift six-speed transmission that uses an internal oil pump and external oil cooler. All they’ll tell us about the clutch is that it’s “experimental”. The bellhousing is ... Read more about this post 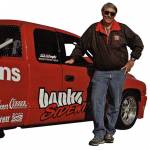 ON MOTORSPORTS Perception and misconceptions Wheelspin! That’s the everlasting, first impression of diesel forever burned into my personal bio hard drive. I should explain how a once in a lifetime experience, fed with large doses of adrenaline, permanently tweaked my perception. Gearheads possess an innate need to occasionally destroy large quantities of rubber molecules. Smoky burnouts (particularly ... Read more about this post 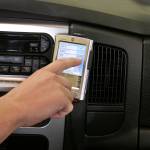 Instrumentation Basics for your Diesel Chances are you have an interest in taking care of your diesel engine because unless it’s a small car, the option price was in the thousands pf dollars over and above any standard gas engine. Modern electronics go a long way to preservation, but keeping an eye on that pricey power ... Read more about this post 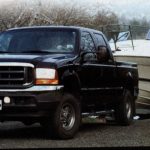 Banks Billet Torque Converter Tough Enough for Big Diesel Power. As diesel power is increased through performance upgrades, it is often the torque converter that is not up to the task.  Incidents of torque converter failure are further increased as hauling and towing loads get heavier. A torque converter’s job is to provide a fluid coupling that ... Read more about this post 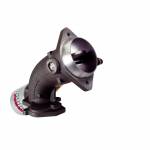 An Exhaust Brake Primer and Products Those new to diesel engines quickly learn that the absence of an intake throttle plate and different valve timing relative to a gasoline engine results in no vacuum and little compression braking. The retarding difference is far greater between gas and diesel than between carbureted and fuel-injected gas engines, despite ... Read more about this post

Banks iQ Takes Diesel Tuning to the Next Level When Banks Engineering unleashed its Big Hoss Bundle diesel performance packages for today’s diesel pickups, it turned the diesel tuning world upside down with a systematic approach to safely improving performance. Not content to merely feed more fuel to a diesel engine, Banks developed a matched set ... Read more about this post

The Toughest Terrain on the Planet 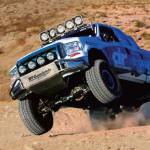 Gale Banks himself hits the dirt as a driver in the Baja 1000 We Race the Baja 1000 in a 6.0L Super Duty Editor’s Note:The Baja 1000 is the world’s most famous off-road race. It’s held every year in Mexico on the Baja peninsula, just south of San Diego, California. It’s a race that started as a ... Read more about this post 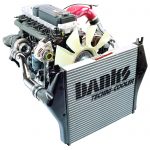 A 2005 Dodge Ram 3500 Quad Cab 4×4 gets a Big Hoss Bundle — with the new Banks iQ! Project: Heavy Metal Finding the perfect new truck is never easy. In our case it was even more of a challenge because we needed one that could do it all. From daily driver to chase truck to ... Read more about this post