Ford’s Triton V-10 engine is a real powerhouse for gas engine truck owners. Although not quite as torquey as a diesel, this gas V-10 engine does make some pretty impressive numbers. The horsepower is 310 at 4,250 rpm, and the torque checks in at 425 lb-ft at 3,250. However, even though these numbers are impressive, there’s room for improvement.

As a volunteer for the Los Angeles County Sheriff’s Department Search and Rescue team, located in the Antelope Valley of Southern California, this author’s job is to help setup the vehicles for their intended role within the department. The department has a vehicle that is used to tow the mobile command post, a 36-foot fifth-wheel trailer, that is equipped with radio equipment and room to haul a couple of four-wheel-drive quads and dirt bikes. This trailer weighs in at about 10,500 pounds when loaded for a typical mission. The truck used to haul this load around is an ’01 Ford F-350 Crew Cab 4×4, equipped with the 6.8 Triton V-10 engine, and an automatic transmission.

The Sheriff’s Department has found that while towing the 36-foot command post, the truck seems to be struggling while headed up the hills—in fact, it plugs away in Second gear trying to stay out of the way of the Freightliners. After being passed by a similarly loaded Ford with a diesel, they decided it was time to pull more power out of the engine. At 425 lb-ft of torque, this motor is not even coming close to its performance potential, since this engine could easily produce close to 500 lb-ft of torque.

Gale Banks Engineering has been taking factory stock engines produced by the manufacturers and creating some real powerhouses, using some carefully designed but simple bolt-on items. Also, with the advent of electronic engine controls, the company has found a way of producing great amounts of power with the use of upgraded electronics. All of these parts are designed to work together as a package to bring the performance up to the next level.

The Banks PowerPack® combines the use of headers (TorqueTubes), large exhaust systems, high-flow air filters, and electronic engine and transmission modules, to help make the Triton V-10 build some great horsepower and torque.

Banks Ram-Air intake includes a molded Ballistic filter housing, plus a lifetime, high-flow Banks Ram-Air filter that delivers more cool, dense ram-air into your engine. A multi-layer design traps moisture, dust and debris on the oiled, outer surface, allowing air to move through with ease. It includes a service kit for use every 30,000 to 50,000 miles.

Gale Banks’ optional OttoMind engine calibration module matches the fuel curve to airflow improvements, so there is no over-tuning. OttoMind optimizes efficiency and prolongs durability, by calibrating fuel and spark timing to changing conditions. Banks removes the factory-imposed power delay, which impedes responsiveness as long as 60 seconds—so you will get instantaneous power when your throttle demands it. OttoMind extends power and mileage gains, and puts substantially more horsepower and torque at the shift points.

Banks replaces the factory’s restrictive muffler with a stainless-steel, free-flowing Dynaflow muffler, with integral heat shielding that contributes greatly to eliminating exhaust backpressure. Instead of using packing that can blow out the tailpipe, Banks’ Dynaflow is resonance-tuned to dispel exhaust gasses through a suite of chambers and a 3-1/2-inch outlet.

Banks’ Monster is a streamlined exhaust pipe and 3-1/2-inch tailpipe formed of stainless, heavy-wall tubing with constant diameter bends to slash backpressure. The stainless-steel head-pipe assembly features a Y-collector, which can be easily removed if the drivetrain needs servicing. The polished, stainless-steel 4-inch tailpipe tip provides a finishing touch.

The installation of these products took about seven hours at Banks Engineering’s facilities in Azusa, California, with a few photo breaks in between installations. These products can be installed by a shade-tree mechanic, but would be easier with a lift. 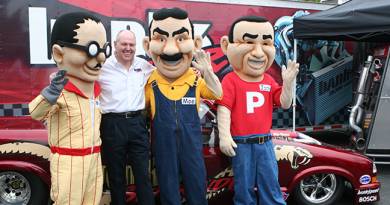 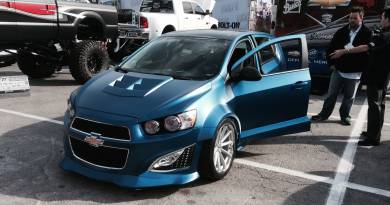 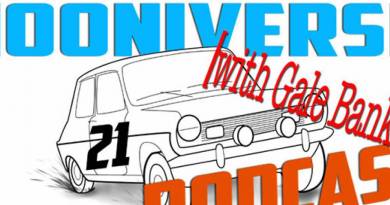