Diesels have always played a major role in the Dirt Sports Nation. Their ability to product massive amounts of torque with little effort make them excellent choices for towing. Couple that prowess with great fuel economy and it is little wonder that diesels are often found under the hoods of many support and chase vehicles. Even racers have looked to diesels, with this year’s Dakar-winning Monster Energy X-raid Minis utilizing diesel power. And, who can forget the beautiful and uber-exotic Volkswagen Touareg desert racer that made a brief appearance before being mothballed.

Recognizing the popularity of diesels early on, we kicked off our Project Heavy Metal way back in our January 2006 issue. The focus was on a 2005 Dodge Ram 3500 Quad Cab 4WD, and our very first step was to take it to Banks Engineering to see what kind of power gains they could get from our 5.9L Cummins diesel. At the time they installed their Big Hoss Bundle that featured the Six-Gun Tuner, giant Techni-Cooler intercooler, High-Ram air inlet, Monster Exhaust and boost tubes. The results were dramatic with an extra 270 lb-ft of torque and 111 more horsepower at the rear tires for a total of 751.5 lb-ft of torque and 308.9 horsepower (again at the rear tires!). With over 700 lb-ft of that torque available from 1,800 to 2,300 rpm and 300 horsepower available from 2,300 to 3,000 rpm at the rear wheels, it is easy to see why diesels are a first choice for most when it comes to towing and heavy use.

To read the rest of this story click here »

Be sure to check out the Dirt Sports website » 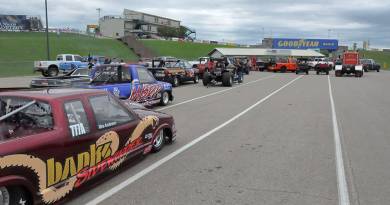 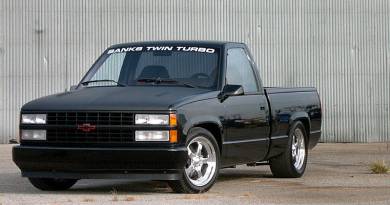 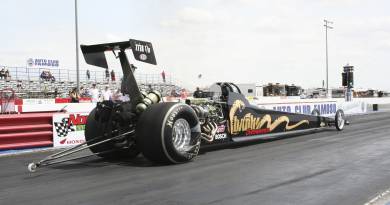