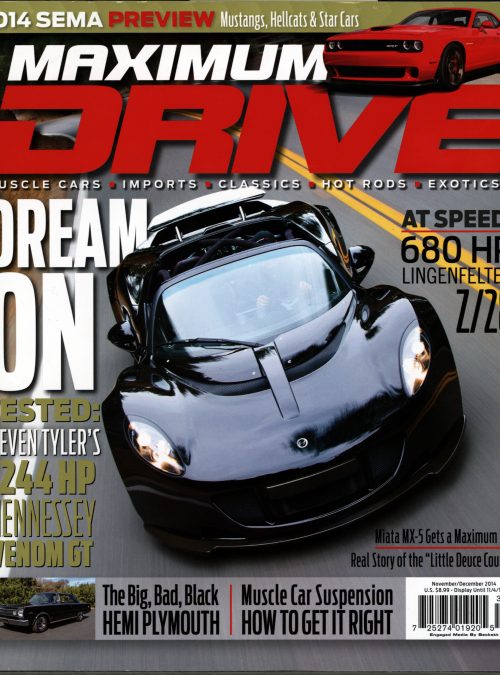 No matter what kind of high-performance vehicle you drive. sooner or later you’re probably going to want more power. And that immediately begs the question, how to get It? Naturally you can change cars, or rebuild or even swap engines, but there are easier ways too. The usual solutions include retuning the engine to utilize street-legal race gas, bolting on a turbocharger or supercharger kit, or adding a sneaky nitrous-oxide system. But there is another way-water-methanol injection.

This unexpected fuel cocktail carries twin benefits that enhance performance. First is that the cooling effect of water vaporization in the intake ports and combustion chambers allows advancing the engine timing without detonation, and second is that methanol, a high-octane fuel in its own right, further raises the detonation threshold. Cooler combustion temperatures, more ignition advance and more potent fuel all combine to give more power. Add a turbocharger or supercharger and you’ve got all the fireworks you want. As a side benefit, the rapid water vaporization (i,e., water changing into steam) helps clean the valves and valve seats, and reduce  carbon buildup on the piston tops.

Expected power gains from the water methanol injection system depend significantly on the engines ignition timing, which typically can be advanced up to 10 degrees or more. In normally aspirated engines, this nets horsepower gains in the 5-10 percent range. For supercharged or turbocharged engines, the system can allow boost increases of five or more psi, enabling further increases in horsepower-up to 20 percent. And even more impressive, adding an intercooler into the water-methanol delivery system allows dialing the boost up to or even past 30 psi with pump gas.

Many American hot rod and muscle car enthusiasts will recognize the names Gale Banks of Gale Banks Engineering and Troy Ladd of Hollywood Hot Rods. As the Gale Banks Engineering founder, Banks has been an innovator and leader in developing cutting-edge aftermarket performance technology for gasoline and diesel engine applications for more than 50 years. And Hollywood Hot Rods’ Ladd has won numerous prestigious custom-car honors, including two “Americas Most Beautiful Roadster” award and a Grand National Roadster Show “Builder of the year” award. Using Banks engineering. Ladd built the 2014 Mustang shown here-aptly named “Full Metal jacket- -for the 2013 SEMA Show. Starting with a stock Mustang GT convertible, Ladd and his crew literally transformed it into a coupe with a hand-formed aluminum lift-off top. As you can see, nearly every component is either heavily modified or a new innovation. Under the hood lurks a Ford Coyote 5.0-liter V-8, capped with a Ford Racing Whipple 2.3L twin-screw style supercharger. We observed the installation of the Double-Shot water-methanol injection system, along with its dyno tuning and testing, at the Gale Banks facility in Azusa California.

The dyno test was performed with a Ford Racing factory tune and California 91-octane pump gas. As delivered, the vehicle wasn’t running optimally on this grade of gasoline, with evidence Of timing retard of up to four degrees due to knock activity. To generate a repeatable baseline. global timing was reduced using the Ford Racing calibration tool to prevent detonation. At this point, we observed a peak of 409 hp at 6900 rpm and 324 lb.-ft. of torque at 5400 rpm. Activating the Double-Shot system eliminated the knock activity, which  allowed  the timing to be re-advanced. It also permitted  raising boost pressure through the installation of a smaller supercharger pulley to further increase engine output. The final readings were 445 hp at 6900 rpm and 373 lb.-ft. of torque at 4800 rpm, with data indicating that still greater gains could be achieved with more timing advance and higher boost.