Banks iQ Takes Diesel Tuning to the Next Level

When Banks Engineering unleashed its Big Hoss Bundle diesel performance packages for today’s diesel pickups, it turned the diesel tuning world upside down with a systematic approach to safely improving performance. Not content to merely feed more fuel to a diesel engine, Banks developed a matched set of components that not only increased power output but did so without pushing the engine into the danger zone in terms of increased exhaust gas temperature.

The Big Hoss Bundle includes not only parts that deliver more fuel and air to the engine but also parts that will keep the engine running for years to come. The aluminum Techni-Cooler charge-air cooler is a welcomed upgrade over the stock, plastic intercooler that is prone to failure. The polished stainless steel 4-inch Monster exhaust system not only outflows the factory part but will outlast the stock, aluminized tubing, especially in parts of the country that see more snow than sunshine during winter. When you combine these parts with Banks Speedloader and Six Gun tuner, you have yourself a no-hassle package that is dialed-in and ready to deliver an incredible amount of power. Now that power comes with an unparalleled amount of control.

Banks iQ Dashboard PC is now available to not only take charge of the tasks that all PCs are known for, such as MP3 storage, internet browsing, and e-mail delivery, but the unit is also designed to control the company’s Six Gun tuning module. The Banks iQ offers exclusive features, such as fuel injector pulse width tuning, fuel pressure and timing control, and multi-level power output selection. This increase in tuneability also adds considerable power and torque to the Six Gun. It’s the ultimate visual tuning tool right inside the cab of your truck with a host of functions at the touch of a button. The Banks iQ comes standard with MS Word, Excel, and PowerPoint programs as well. As nice as all that sounds, it’s the business end of this tool that got us excited.

We strapped the full-color PC and its docking station into an ’03 Ford F-350 sport truck that was equipped with the venerable 6.0L Power Stroke diesel engine to find out how well the unit worked. We browsed the standard PC features for a few moments and then tore into the really cool stuff, such as the built-in performance monitors. The Banks iQ stores 0-60 mph and quarter-mile acceleration runs, as well as monitoring exhaust gas temperature and boost levels. The Banks iQ will also read, interpret, and clear on-board computer diagnostic codes, which means no more going to the Ford dealer to have a Check Engine light cleared. It will even tell you when something’s amiss with the engine, such as when the number 6 fuel injector isn’t firing correctly.

Out on the road, the Banks iQ’s full-color touch-screen made it easy to toggle between different power modes, depending on our driving style and load. The supplied docking station put the PC right below our line of sight, keeping it from being a distraction but ready when the opportunity arose to check the status of our diesel powerplant. Banks iQ even offered both on-screen and audible warnings to let us know when the coolant temperature and exhaust gas temperature levels came near the danger zone whenever we overworked our beast.

The Banks iQ is cool and all, but the incredible power gains made with the Big Hoss system coupled to the Banks iQ is really exciting. In just one day, our test truck went from an anemic weakling that couldn’t even break the rear tires loose for a burnout photo to a menacing super truck that has trouble maintaining traction when the go pedal is mashed to the floor and the turbo spools up. Dyno-testing revealed that our truck’s turbodiesel put out baseline performance numbers of 463.6 lb-ft of torque at 2,000 rpm and 255.6 hp at 3,200 rpm. After the installation, our engine sprang to life at the level of tuning via the Banks iQ. At its most powerful setting, Level 7, the diesel cranked out 706.3 lb-ft of torque at 2,200 rpm and 372.4 hp at 3,600 rpm. The peak power output was pushed up just 200 rpm, but Banks was able to boost the torque production by more than 242 lb-ft. That’s tire-frying, throw-you-back-in-the-seat-from-a-stoplight power. 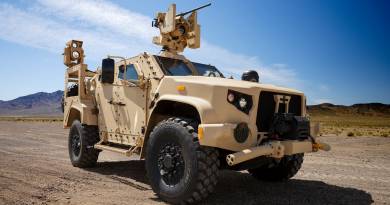 We Ride in JLTV, the Humvee’s Successor 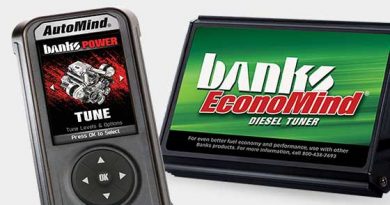 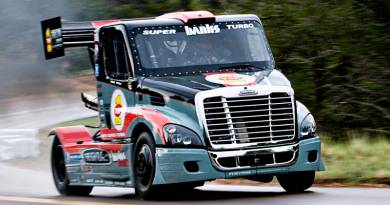