Have you ever heard a sound that instantly gave you goosebumps? Ever since I was a kid that magic tone for me was that of a turbine whine. To me, it just sounds like power incarnate. I mean…what’s more powerful sounding than a jet taxiing and taking off? That is the sound that suckered me into buying my first turbocharged car: the underrated Merkur XR4Ti.

I like my vehicles to be different, and this one sure fit the bill. Aside from looking like the forbidden love child of Saab and a Ford Escort, it had a blown Pinto 2.3-liter engine that whined louder than a dentist’s drill. Turbo lag was BIG, but when it finally built up the power its demeanor turned from that of a timid koala bear to a raging donkey and squished my unassuming passengers deep into their seats. Sweeeet! From then on I was bitten by the beast known as the turbo, and its venom went straight to my brain. The true journey to the Dark Side had begun.

The next logical step in my evolution was to become more familiar with my affliction. Sounds simple since the turbo idea itself has been around more than a hundred years, but boy was I wrong! Although in the ’80s and early ’90s all the car companies had some sort of turbo offering, the general knowledge was scarce and tribal talk about them ruled the land. It was as if the turbo was reverse-engineered from the wreckage of an alien craft that crash-landed in a desert somewhere. No one could really tell you anything about them, except that besides making an engine perform like it was a larger one, it was also the cause of any of the evils that happened to a vehicle. Bad mileage: turbo was to blame. Wipers didn’t work: turbo was to blame. Air conditioning wasn’t cool enough: turbo was to blame. The driver has a low sperm count: you guessed it.

Frustrated with my search, I landed a job at a turbo rebuilding outfit called Turbo Master as a teardown monkey. It was a way to get my foot in the door and see the turbo in all its naked glory. To my surprise, the turbos ranged in size anywhere from roughly a beer can all the way to that of a teardown bench. There weren’t just ones made by Garrett, but other companies like IHI, Holset, Kamatsu, and Mitsubishi to name a few. Aside from the dirty, oily task of taking them all apart…I was in a state of Nirvana. 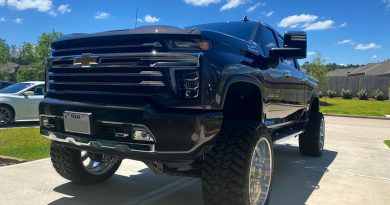 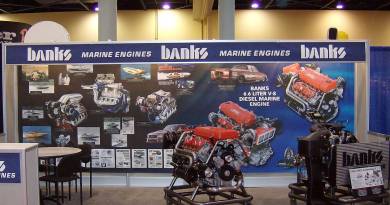 Swimming at the Boat Show or Taking the Marine Engine Plunge 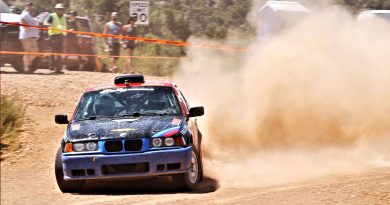