Most companies call it Research and Development. Here at Banks, we call it the Race Shop. I think of it as the toy room.

But calling it the Race Shop is not a bit far-fetched. This shop has not only turned out several true-blood race cars, but it has also produced several world record holders. That is a pregnant statement. The emphasis, here, is on several.

There are plenty of corporations, around the world, that sponsor winning race vehicles. There are a few that actually produce them. But I can’t think of many that have produced as many record-setters as Gale Banks, and this goes back to the days of endurance racing boats, as well as cars.

The most recent, of course, is the Sidewinder Dodge Dakota sport truck, which is officially the World’s Fastest Pickup. This truck—engine, driveline, chassis, body, electricals, everything—was built, tuned, and tested right in the Banks Race Shop by our own in-house crew. The same can be said for the previous World’s Fastest Pickup, the GMC Syclone, which was built in the Banks Race Shop and which topped 210 mph with an unblown V-6 engine in ’89-’90. And our Banks-built, twin turbo, stock-block 454-powered Trans Am still holds the A/Blown Gas Coupe record at Bonneville at 268+ mph, with a top speed of 283 mph, set way back in 1987. And then there are the multi-record holding Geisler, Vail & Banks ’53 Studebaker, the Kehoe-McKinney-Banks “Sundowner” ’68 Corvette, and the amazing 432 mph Al Teague single-engine streamliner. This last multi-record holder was certainly not built in the Banks Race Shop, but Gale Banks is a partner in the effort.

But to call the Race Shop a “toy room” is really highly unfair. It actually is the Research and Development center of Gale Banks Engineering. The nine employees who work there range from draftsmen, to machinists, to engine builders, to expert welders, to sheet metal fabricators, to clay modelers. More than one of them can do all of that. Just about every product produced at Banks, short of electronics, is designed and prototyped in this shop. If it has three dimensions, these guys can very likely make it.

In short, what we call the Race Shop does everything from new product design and prototyping to the wildest special projects (race vehicles or otherwise) that Gale can dream up. When I asked Race Shop Manager John Espino what exactly this department does, his quick reply was, “Rapid prototyping and proof of concepts.” Well put. 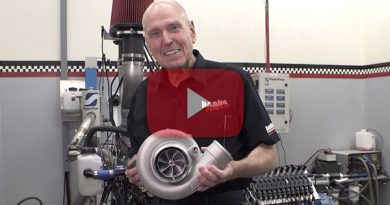 August 16, 2019 Jennifer Curcio Comments Off on Killing a Duramax Part 6

Can Diesel Kick Gas? We’re having a… Face Off at Banks! 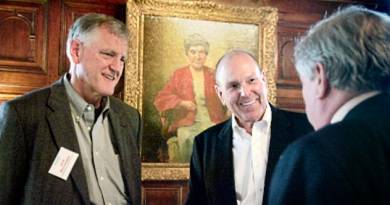