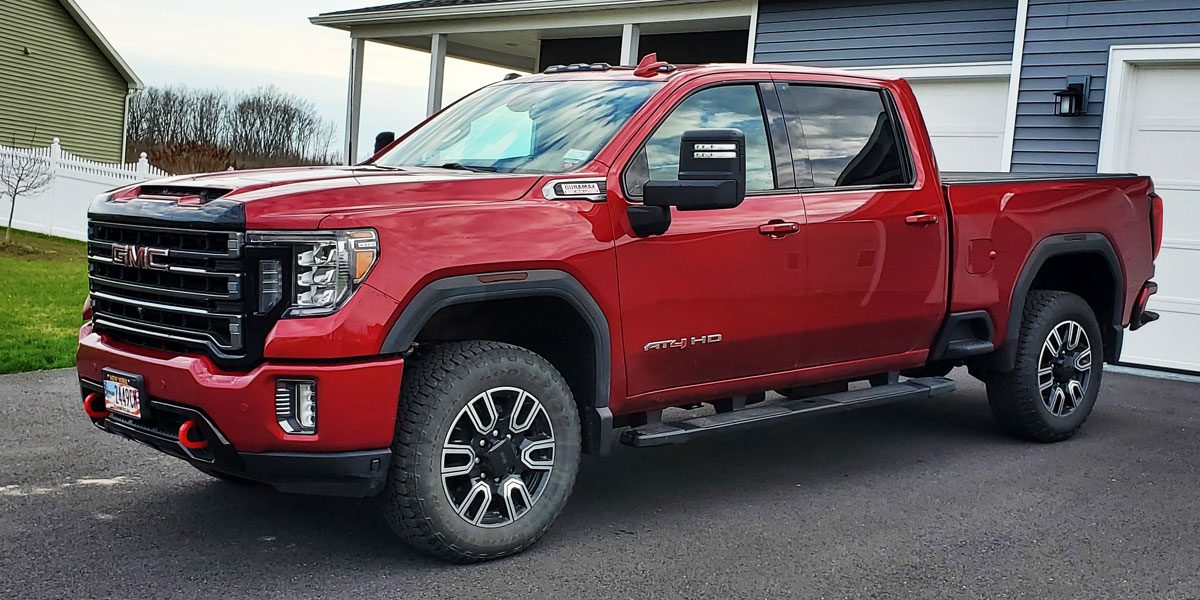 For Kyle McWeeny adding the iDash and the Derringer wasn’t a move to make his 2020 GMC Duramax powered truck into a hot rod, but to give it the extra pep to tow a 5th wheel and take his family cross country. “It’s a great way to travel with the family and keep them all close,” says the New York native. “I figured having a little more horsepower was needed, and since Banks has been making turbo products since… the dawn of time… they’re pretty much the best choice to go with”. Kyle had some great things to say about Banks, including “The name itself carries a lot, but watching the videos about all the fail safes and such really sealed the deal for me. I can see that Banks puts real engineering into it rather than just throwing extra fuel into the engine”.

Kyle had some great input on his iDash as well: “I can pretty much look at everything that I want to look at without wondering what is going on. The factory gauges are somewhat limited on what you can see, and they just don’t satisfy me. Aside from being able to see the coolant and transmission temperature there isn’t much else there. On the other hand with the iDash I can pretty much look at any of the values that I want, and what gear I’m in for instance, is just great”.

As for hot rods, well Kyle has a few fast cars at his disposal including a Subaru that is his daily-driven project car. “I love the extra power I get with the Derringer, and when Banks comes out with more products for my truck I’ll get those as well. Until then my hobby is my Subaru. I’ve upgraded the turbo, the intercooler, suspension, it’s running a tune and I have other tweaks here and there”.

His Subaru isn’t Kyle’s only project vehicle. Another labor of love includes an old FC RX7 that initially had an LS1 stuffed into it, but that engine has since replaced with a Honda K24 swap so that the car can be more competitive in road racing and in ChampCar series.

Perhaps an iDash DataMonster and Banks sensor module suite is in the RX7’s future… ?