Rudy’s Diesel Performance has grown quite a bit from its humble beginnings, and that is a complete understatement. RDP started doing business in 2008 as a one-man business with just Aaron Rudolf, owner, selling parts online sales out of his basement. From there the business began to build steam and progressed with him opening and running a service shop, which was basically a 2-bay gas station style with about 5 employees.

After about two years Rudy’s Diesel Performance outgrew that building and moved once again, but that didn’t last long as Aaron and his crew shortly saw themselves packing up for yet another move. And so, in 2015 Rudy’s Diesel Performance moved into the set of building that thy are currently reside, a 64,000 sq. ft. facility made up of 4 buildings with 45 employees. Areas of the business include sales, a showroom, warehouse, and an install department that is ready to install ANYTHING that they sell. The installation of parts goes beyond just the underhood components and includes wheels, tires, lift kits and more.

Although Rudy’s sells many different lines of products, the Banks Power products, especially the tuners, have grown in popularity with their cliental. “Ever since the EPA got strict the Banks product definitely moved to the top of the list,” says Randal Flowers. “Banks offers some of the biggest and safest horsepower around.”

Rudy’s Diesel Performance doesn’t just talk a good performance game, they live it with their own race ream and their two in-house built drag trucks. While both trucks get their power from a 6.4 liter Power Stroke engine, that’s pretty much where the similarities end. Their 2-wheel drive drag truck, dressed in a black color scheme, packs a 1,400 hp punch with its single turbo powered set up. Their other truck, blue and black, has a 4-wheel drive setup and is running a compound turbo system huffing into a dry ice intercooler for a density-packed boost laying down upward of 1,900 horsepower! 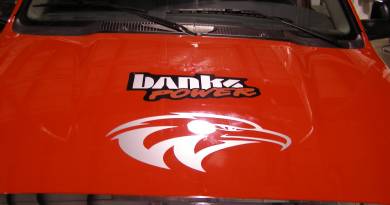 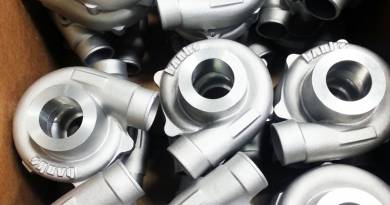 April 20, 2005 Banks Power Comments Off on Turbo Lover: Part One 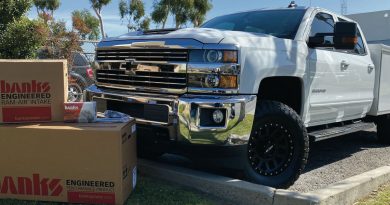