Some tough questions should be asked when venturing into the world of diesel power: Are you shopping for a product to speed up your truck for quick 0 to 60 sprints and quarter mile bragging rights, or are you looking to enhance its towing brawn? Is there a way to get both? Just why does my truck need to blow plumes of black smoke to make power, and what is it really doing to the engine?

So… what’s the fix? Most folks turn to whatever is the easiest thing they can do to scratch that lustful yearning for road domination: tuners. Tuner manufactures have popped up like crazy in the recent years and due to the advancement of automotive technology these devices can “hack” into the vehicles systems and alter a number of signals to get the desired results. More fuel, more timing, more boost, pulse width modulation, blah blah blah. These work like the man behind the Great Oz by interrupting signals to the various systems, modifying them and making the ECU think that’s its message was received in its original form by saying “pay no attention to the man behind the curtain!” Most of them offer internal systems that monitor the monkey business going on and offer safety nets, but those are the good ones. Some don’t go that far, but reprogram the factory’s OE settings to get the job done. What makes these so tempting is that they can all be installed in a matter of minutes by plugging them in, the majority have multiple power levels and they cost very little to buy. Best part of all is that there’s nothing to maintain.

Sounds great, right? Ah, but there’s a catch to taking that easy road. See, tuner manufacturers advertise numbers you’ll never really reach for long… or at all. Most of them tell you all the benefits you’ll receive under the best of conditions and even feature “Backdown” as a precautionary safety measure, but “Backdown” is actually an amount of fuel and power that the tuner is pulling out when it reaches a given safe EGT. The longer you stay on the throttle the hotter the exhaust gasses get and the more precious power it removes. Hell, some even tell you what percent of the power you’re not getting. Now that’s informative, but wasn’t this purchase about adding power? So what now? Turns out that most of these tuner sales depots recommend a better air filter and a free-flowing exhaust for the cure, but that’s only part of the solution. Getting the vehicle to breathe is a step in the right direction, but it’s not the magic cure. EGTs will go down a bit, but not enough to use that power you were seeking for any real length of time. Why settle for the game of give and take that some tuners play with your truck?

The cure is density my friends! Cool, refreshing density! It’s a rule in the universe (at least this dimension) that a byproduct of power is heat. The more power… the more heat is generated. When was the last time that you got on the treadmill and ran 30 miles without sweating and getting tired? Ok, 30 miles is a little out of reach for most of the human race, but you get the idea. Run whatever you can in an air-conditioned room with plenty of fluids and you can last a whole lot longer. Why is your truck any different?

Why play games when it comes to power? We designed a charge-air cooler that replaces the stock component. The Banks Techni-Cooler System removes the restrictions caused by the common tuner with the ability for greater airflow and density for proper fuel combustion. The result: more power and torque at any EGT… period! Pressure drop and charge air temperatures are reduced while exhaust temperatures are lowered enhancing power anywhere the engine is operating. Mash down the throttle and get the results they promised you while reducing the thermal load on the engine and its cooling system… kinda like that well air-conditioned room stocked with plenty of water I spoke about earlier. Bam! You’re now making smart, lasting power.

Towing? If it’s a boat, a horse trailer or a house on wheels you need that power to eat up the hills. With density added to your system the power remains when you need it most on long, hard pulls and never jumps overboard. What, are you really going to pull over so that the temps can go down just so you can get a glimpse of that muscle you were promised? Not with all those vehicles backing up behind you.

Ok, so I sound like a commercial… I know, but it’s all true. Reap all the benefits of doing the job right and protect your investment at the same time. I’m going to make these points about our system then I’ll bring you back to the program all ready in progress:

* Banks’ boost tubes are larger than stock, streamlined to reduce the number of bends and eliminate the crimped spots
* The CAC design increases density by up to 10%
* Core area is up to 25% larger than stock for greater cooling capacity
* Our bigger end-tanks optimize airflow across the coolers fins for greater cooling
* Melting or bursting caused by extreme boosting conditions is eliminated with the coolers all-aluminum design. No plastic end-tanks to worry about
* Our High-Ram intake ensures the delivery of the oxygen-rich air through its larger and less restrictive shape
* Benefits of the denser air charge and better fuel burn will also result in something everyone’s searching for these days: better fuel economy.

I’m done now. Nah, I have one more thing to say to all the naysayers out there. You know… the ones that want you to believe that we’re just trying to shove more parts on you and shake you down for your lunch money. Ask anyone running a modified turbocharged or supercharged Sport Compact car if more fuel, boost, timing and installing a better intake and exhaust make big power that can be counted on. They’ll look at you with a puzzled expression and ask “what about the intercooler, dude?” These speed freaks are netting power out of a four banger that gas V8s wish they had, and when properly done they live race after race: on the street or on the track. Draw your own conclusions from that. 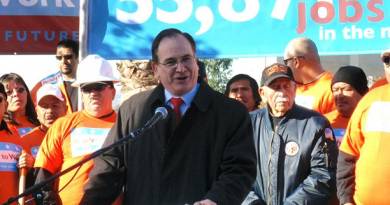 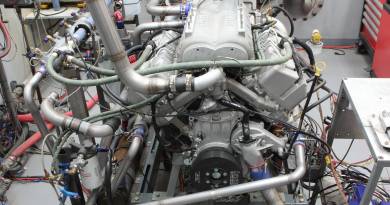 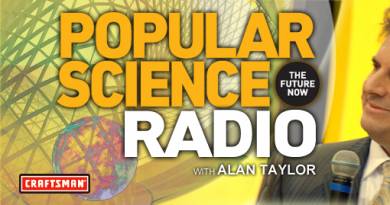