When it comes to cool daily drivers, David Couvillion has one of the coolest around. The Lake Charles, Louisiana gearhead had been looking for a first-gen Dodge for quite some time before he stumbled upon a diamond in the rough. Admittedly a GM square-body fan like his father, David fell in love with the 1991-93 Dodge trucks and had no idea what he’d find when he answered an ad placed by a Kansas farmer. “I’d been looking for months for this particular truck,” David told Banks in an interview.

About a year-and-a-half ago, David found himself driving twelve hours hoping that photos the farmer shared actually represented the truck. When he arrived, the man aimed him toward a nearby barn where David would find two 1993 Dodge W250 Rams identically outfitted; a blue automatic and a black manual. When asked if there were any differences other than the color and transmission, the old man said, “Well, the blue one has a little more pep than the black one.” Sure enough, after a quick ride around the farm, David felt the extra pep the famer had referred to. But at the time, David didn’t know why the truck was faster nor did the old man. “I drove the truck all the way back from Kansas not knowing any history behind it. I didn’t even know if I’d make it home.” Not only did it make it home, David was convinced that with some love, it would be a worthy daily driver.

It wasn’t until after the twelve hour drive home and a closer inspection that David realized there were parts on his new blue Dodge that read “Banks” in big raised letters. The truck had every option he’d dreamt of, with the addition of some very rare go-fast parts.

It turns our David had purchased a truck with an original Banks PowerPack. The system included a Techni-Cooler intercooler with boost tubes, Quick-Turbo turbine housing with Big Head wastegate, Monster-Exhaust, high-flow air filter and EGT and boost gauges along with instructions on how to adjust the injection pump. The system added a whopping 70hp and 240lb-ft with an 8% gain in fuel economy.

“I was familiar with Banks. I knew they built kits for newer vehicles but I didn’t know just how rare this system was,” admitted David. “The ‘91-1/2 to ’93 are rare enough to begin with, then you put a Banks kit on it that was discontinued a long time ago, so that makes it even rarer. I felt like I really had something special.” Sure, some old-timer may remember the PowerPack but David was young at the height of its popularity. “In ’93 I was in middle school!” joked the 40-year-old.

“When I first picked it up, it didn’t look anything like you see now, other than the paint, which was pretty nice. The brakes barely worked and the transmission was leaking. Since then, I’ve replaced just about everything to make it a daily driver. I made hydraulic lines for the transmission since you can’t find them anymore. “The engine, the turbo, I haven’t touched anything which speaks volumes about the quality of the Banks equipment.”

Of all the trucks David could have sought for a daily driver, why did he choose a ’93 Dodge? “It’s the motor,” he says. “I just fell in love with that old twelve .”

As David dug into the restoration process, he discovered that parts for the ’93 are hard to come by if they’re available at all. He found himself having to fabricate parts that simply didn’t exist. “I’m making money from this truck. I could never have imagined it would turn into this,” he said. “It all started out building parts for my own truck and now I’m sharing them with others.” David started a website to allow other First Gen owners to buy his parts like tailgate panels, bumper push bars, interior parts and the most coveted parts, the replicas of the Dodge emblems. David even made his own billet Banks PowerPack emblems which became hard to find when we discontinued the kit a few years ago. “This is all stuff I wanted for my truck and couldn’t find anywhere.”

Take a peek at David’s First Gen offerings at 179garage.com or his Instagram feed @179garage.

We’d love to hear your Banks stories. Send us an email.

While we don’t offer First-Gen specific products anymore, we do have everything you would expect for your 2nd, 3rd and 4th Gen Ram trucks! Find out more about our line of Banks Power products forDodge/Ram trucks here. 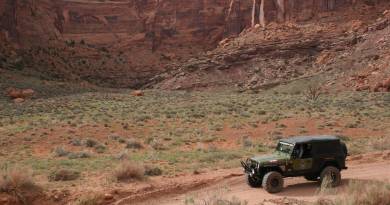 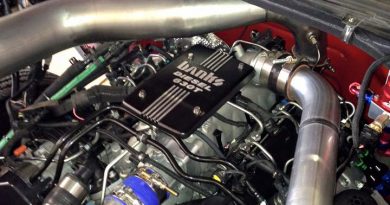 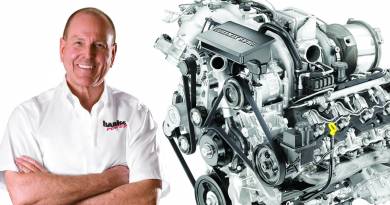