Gale Banks has a quest: to resurrect technical education in our public schools.

Gale Banks feels strongly that resurrecting public-school technical education is vital to California’s economic future. Banks and his company’s Banks Power division continue to put their time and money where their mouths are. The most recent example is Banks Power’s involvement in a state-of-the-art Automotive Training Center at Baldwin Park High School just east of Los Angeles.

Gale Banks got involved in the project in a roundabout way. In 2008, the company was mired in new California Air Resources Board (CARB) requirements for certifying its line of aftermarket diesel-performance products. Bureaucratic issues prompted Gale Banks to meet with his district’s State Senator, Dr. Ed Hernandez. While discussing emissions regulations and certifications, Senator Hernandez mentioned that Baldwin Park High School had received a grant from the California Department of Education to build a high-tech auto shop. This got Gale Banks’ attention. For years, Gale had noticed an ongoing correlation between secondary-school vocational training’s demise and a rise in student dropout rates. 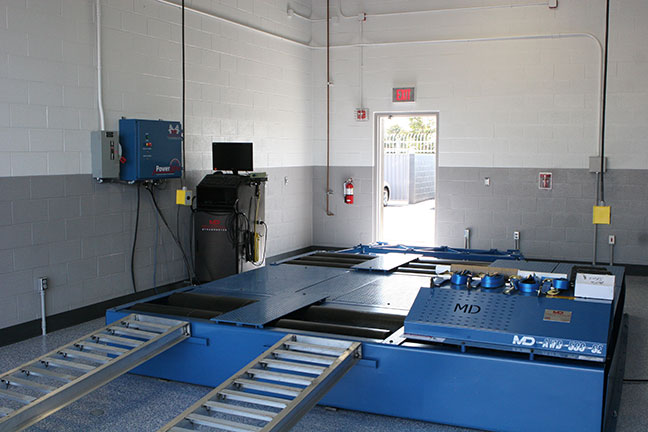 A 3,000-horsepower dyno cell will allow students to put what they learned in textbooks to use. 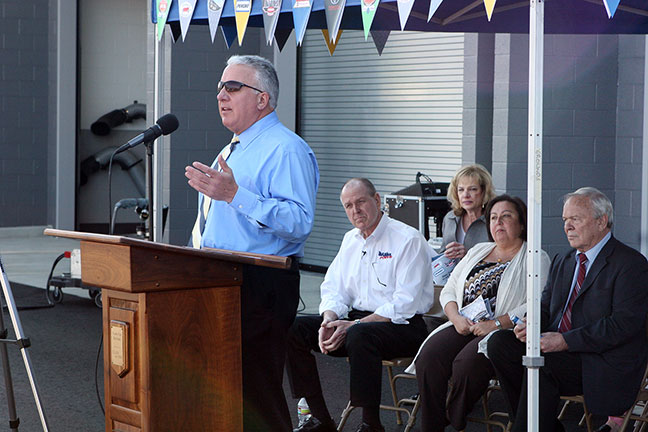 BPUSD Superintendent Mark Skvarna had a distinguished Air Force career prior to entering public education. A gearhead who also understands large-institutional politics, Skvarna successfully secured state funding for the Auto Training Center. A similar facility is in the planning stages for the district’s other high school.

A meeting was set up with Baldwin Park Unified School District (BPUSD) Superintendent Mark Skvarna. Superintendent Skvarna asked Gale Banks what he looks for in a workforce. 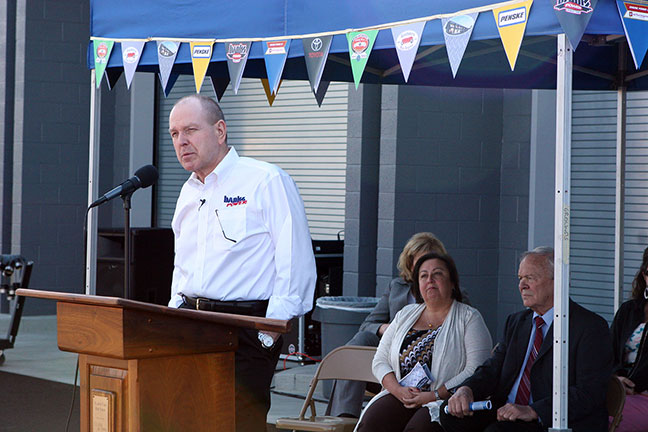 Gale Banks, founder and president of Gale Banks Engineering/Banks Power, has lived and done business in Los Angeles’s San Gabriel Valley for more than 40 years. He staunchly advocates reinstituting technical training in our public schools. His company supplied technical expertise for the project and continues to volunteer consulting services.

BACK TO THE FUTURE

The $3 million facility’s gala Grand Opening was held February 22, 2011. The ceremony simultaneously celebrated the state-of-the-art facility while paying tribute to the area’s high-performance heritage – recalling an era when auto-shop was part of the normal high-school curriculum.

An avid sci-fi reader and futurist, Banks added, “Servicing the [coming] ‘green’ agenda will require knowledgeable, technical minds – people who are both manually and mentally skilled.” Turning to the Baldwin Park students, he concluded, “You are the future of California.” 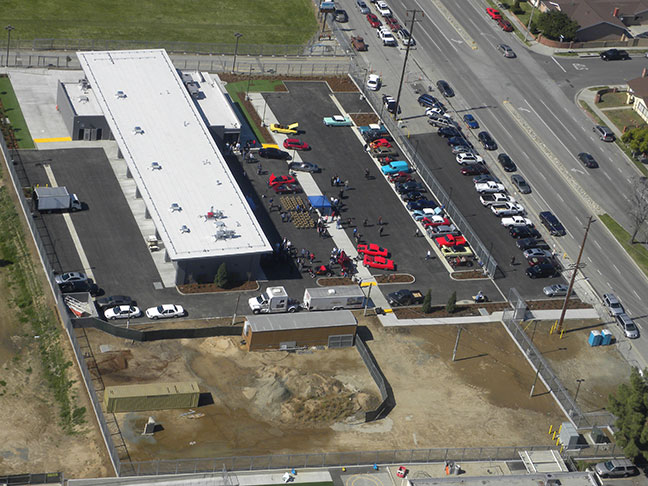 The $3 million facility has a 90-student annual capacity during the day and will also be open for fee-based adult education at night.

The Center has a capacity of 90 high-school students per year. (Superintendent Skvarna pledged that auto-program students must maintain a specified all-class GPA to be in the program.) The Baldwin Park Auto Training Center offers training toward ASE Certification in engines, engine management controls, electrical systems, charging/starting systems, air conditioning, brake systems, and suspension and steering. The program’s ultimate goal is placing graduates in high-tech automotive jobs that can pay $50 or more per hour. 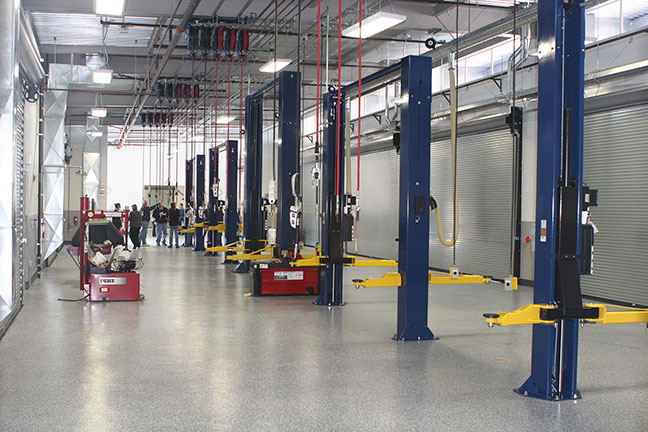 With five lifts, the school looks like an elite independent repair facility.

Gale Banks’ ongoing support of the Automotive Training Center includes making his staff available to teach such topics as alternative fuels. Hopefully this facility will serve as a model for future centers. 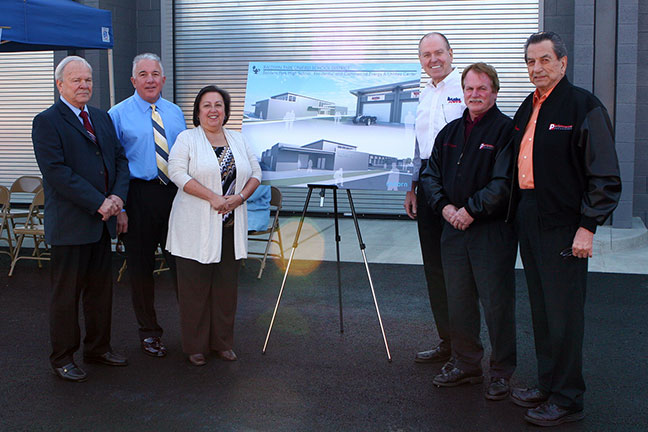 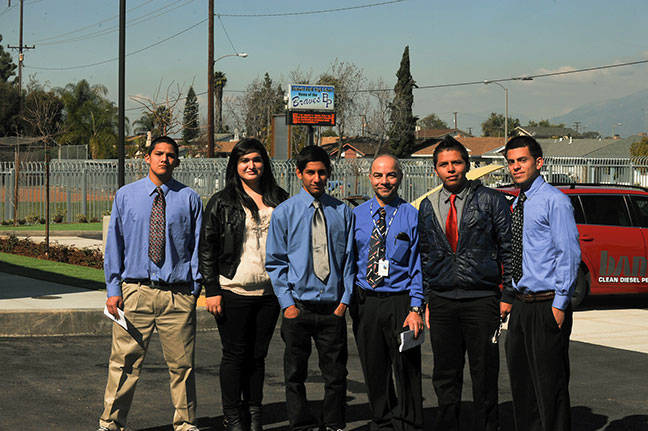 Like many other high-school students, Baldwin Park teens hadn’t seriously considered careers in automotive technology – until they had access to cutting-edge training.

Catch this story on the San Gabriel Valley Tribune’s website »