On November 12, 2006, Banks Power set up its first YouTube channel, called “bankspowerinsider.” Since then, the videos on that channel have been viewed over four million times!

On November 12, 2006, Banks Power set up its first YouTube channel, called “bankspowerinsider.” It was initially set up as a way to give people a behind-the-scenes look at all the things going on at the company, such as how we develop our air intakes, what insanely-high-horsepower engines look like on a dyno, and what it takes to make a pickup go over 200 mph on the salt flats.

Since then, the videos on that channel have been viewed over four million times! The first video we posted is titled “Banks GMC Sierra race truck practice,” and it shows our Duramax-powered road-racing truck doing some practice laps at the Thunderhill Speedway. The most popular video shows that same race-ready Duramax engine being flogged on the dyno. Over one million people have watched that video—boy, people sure love diesel performance in action! 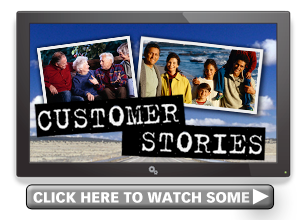 The most recent videos we’ve uploaded feature real-life regular folks who came to our headquarters here in California to have a Banks Power system installed on their vehicle. While they were here, we grabbed a camera as they shared their personal experience with our products. The videos proved to be so popular, we decided to create a brand new YouTube channel dedicated to nothing but customers telling their stories about what a difference Banks Power made in their lives.

In addition to the videos we shoot here, that new YouTube channel is also being populated by people who submit videos they’ve made themselves. So if you have a Banks Power system on your vehicle and you’ve got a video camera—get out there and make a video and send it in! Check out this page for all the details.