My latest stint with Bosch was last week at the AFVi Conference and Expo in Las Vegas. I was on hand to assist Bosch with their booth as a “technical representative of diesel technology”. Not a bad title of sorts, but in reality what it meant was that they’d point to me and say “I dunno… ask him”. So I was the answer guy, which is ok because I’ve gotten use to that role over the years making it a point to know something about everything in the business that I’m in. And the questions… WOW… they would range from all kinds of things that really tested my smarts, and my patience. Through it all there quickly became a common theme: Why aren’t diesels more accepted here in America?

The answer to the question is not too easily explained. It has very deep roots in the American culture that aren’t easily swayed, even though things are totally different with diesel technology now. You have your old memories of the Oldsmobile diesels, some other GM offerings and the negative legacy of diesel running around on the streets today. Each and all were smoky, noisy, smelly, dirty, and extremely slow. Even if someone has fond memories of a diesel vehicle they or a relative owned decades ago those same people will tell you how it bad the vehicle was. Let’s not forget school buses, trash trucks and most big rigs on the road today that all have those negatives emitting from them on a daily basis. I’m a diesel lover for multiple reasons, but if I get stuck behind an older one I’m ready to throw everything I know all away. But as you might know diesel has really grown up… matured if you will. It’s my job (well, one of the many) to communicate that with the public. So, I preach the gospel of today’s clean diesel. Even though I talk a mighty game most times it takes putting the doubting Thomas’ butt in the seat and letting them drive one for themselves. That’s what part of this event was for. That’s part of the magic of this expo… the ride and drive!

I had attended this same event and worked with Bosch back in ’08, and compared to this one Bosch was a little handicapped in the demo vehicle department. Back a couple of years ago Bosch was armed with a fantastic fleet of diesel demonstration cars and SUVs the likes not seen here in the States by us Yanks for ride and drives like this event’s. Switch to today and the pickings are a little slim, and a lot less exotic due to other directions taken by the company. Seeing what the field was going to be like I worked with my friends over at Volkswagen of America to fatten the fleet up. They responded well, so well that I had to tell them to keep a couple of cars because I was running out of space. Right now VW has clean diesel powered vehicles that are affordable, very thrifty and incredibly fun to drive. Their new crop of diesels showcases both VW’s and Bosch’s technology… all at a starting price that most folks can afford. When all was said and done we had a V-6 Touarge SUV, a TDI Golf, and a Jetta Cup TDI.

Speaking of fun to drive, I drove to Vegas in the Sidewinder Jetta which joined its VW brethren and saw action at the ride and drive event as well. Not only is the car a blast to drive, but the MPG was stealer! I filled up the day before, drove all the way to Vegas at a constant speed of 73-74 MPH and only used around a ¼ of a tank of fuel to get there. And get this: according to the Jetta’s info center I was getting 45.5 miles per gallon. 45 ½ MPG! What other car in this class can do that? And remember… the Sidewinder Jetta is all tricked out with a sick suspension, big wheels and low-profile Toyo Tires, a prototype air intake, an exhaust system, a Banks iQ, and a prototype performance tuner. The Sidewinder Jetta is the kind of car that isn’t an appliance, one that you can feel good about driving for various reasons.  There’s no apologies needed, and never any guilt.

So what was the reaction the people had when driving these cars? Utter amazement and surprise. One fellow was hooting and hollering as he slammed on the accelerator of the Sidewinder and slid around the parking lot. He told me that he would have never thought, never even considered driving the diesel Jetta… but was sadly mistaken about his preconceived notions. His exact parting words “I have an Acura that I love… and this thing can totally kick its ass! I’m getting me one of these!” Wow, that’s a pretty powerful statement. Although not everyone had the “Acura” comparison to make they all were very impressed, and confused I might add. Confused because they never knew until that moment behind the wheel that diesel was a new beast, and one that they’d gladly sign up for. They seemed conflicted because all their beliefs were… altered. Diesel was clean, quiet, powerful, fun and affordable. It was kind of like I introduced them to Santa Clause after so many years of knowing in their hearts that he didn’t really exist.

So did we get the message across? Yeah, but that was to a handful of people and there’s so many more with the same view. We’ll get ‘em.

Check out the following links for more info on the AFVi and Bosch:

AFVi Gears Up For Alternative Fuels and Vehicles Expo

AFVI 2010: Bosch is here to help diesels, everything else

Check out VW’s line of diesel machines:
The Jetta TDI »
The Golf TDI »
The Touareg TDI » 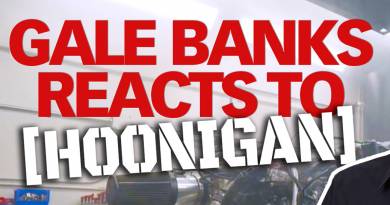 May 7, 2020 Billy Bergman Comments Off on Gale reacts to Hoonigan video 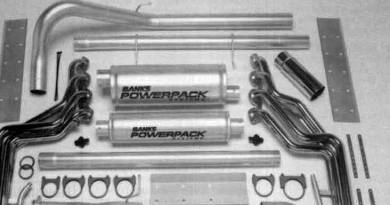 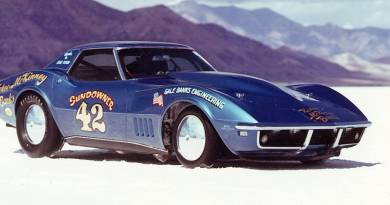 Who The Hell Is Gale Banks: Part 2