When the diesel performance market first came on the scene getting more power out of your truck meant (aside from improvements to the intake and exhaust) cranking up the flow on your pump. Then when they became computer-controlled a “chip” or a programmer was called to load in a fuel calibration. To make changes meant you needed an additional chip or to re-flash your truck’s ECU, both of which required you to park the vehicle to make the changes. Then came a few options that could make a few changes with a switch, but the aftermarket wasn’t ready for what came next from the minds at Banks.

The Six-Gun tuner (along with AutoMind and EconoMind) opened the door for a new level of power and control and set the bar for what to expect from performance tuners. It delivered a great amount of power but had safety systems built-in that the competition never thought of. Instead of turning up the power until your truck burnt down, the Six-Gun’s watchdog circuitry kept trucks running fast with no adverse effects. Then Banks came out with the SpeedBrake electronic exhaust brake, which not only gave the driver the ability to adjust the exhaust braking intensity but added a “down-hill cruise control”. Banks’ idea of the future of diesel performance was to make it an interactive experience giving the driver more control than just a switch or a “chip,” and adding features and information beyond what was previously expected from the aftermarket.

Designed to control the company’s Six-Gun tuning module, the Power PDA offered exclusive features such as fuel injector pulse width tuning, fuel pressure, and timing control, and multi-level power output selection… all on the fly! This increase in tune-ability also added considerable power and torque to the Six-Gun. The PowerPDA used a Palm Tungsten E2 PDA, which means that it came standard with Bluetooth wireless technology and MS Word, Excel, and PowerPoint programs as well. The PDA stored 0-60 mph and quarter-mile acceleration runs, as well as monitored exhaust gas temperature and boost levels. The PDA also read, interpreted, and cleared onboard computer diagnostic codes. It even told you when something was amiss with the engine, such as when the number 6 fuel injector not firing correctly. And with the BanksBrake you could see the braking intensity, and allow you to set that intensity so that you could keep a comfortable level of downhill speed while towing even the heaviest loads.

Out on the road, the PDA’s full-color touch-screen made it easy to toggle between different power modes, depending on our driving style and load. The supplied docking station put the PDA right below our line of sight, keeping it from being a distraction but ready when the opportunity arose to check the status of your diesel power plant. Banks PDA even offered both on-screen and audible warnings to let you know when the coolant temperature and exhaust gas temperature levels came near the danger zone whenever you overworked your beast and automatically brought temps down to manageable levels.

The PowerPDA overshot the competition and changed the perceptions of what customers expect from performance companies, and paved the way for more innovation in the marketplace. Banks continues being a disrupter in the market offering the same advanced thinking in their products, with electronics that help drive the definition of performance. 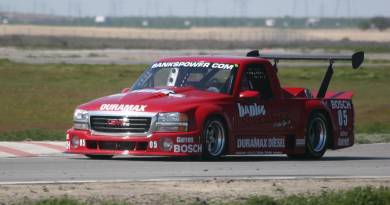 EPA Out of Bounds — Race Cars and Trucks Now Illegal? 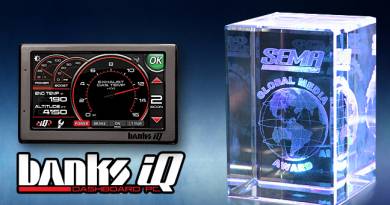 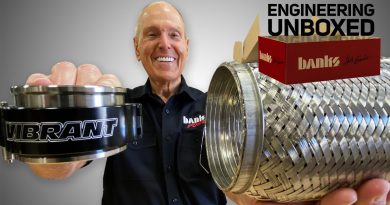