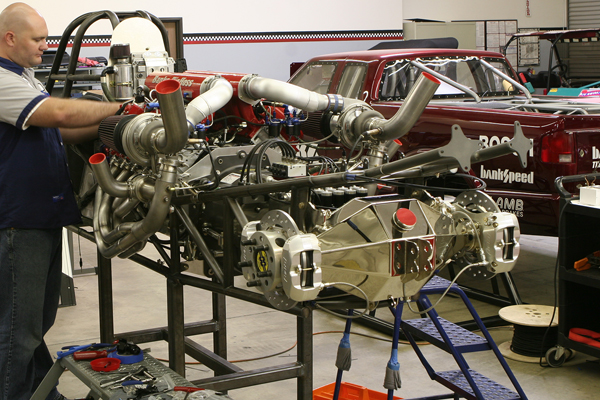 Azusa, Calif. – – (April 20, 2009)  Clean diesel high performance suddenly has double the drag racing presence with the announcement that Banks Power has entered both its record-shattering Sidewinder S-10 Pickup and its brand-new Sidewinder Top Diesel Dragster in the TS Performance Outlaw Drags, set for May 9 at Beech Bend Dragstrip in Bowling Green, Kentucky.

That date marks the first time that both machines will have ever been seen together at a competition event.  The new Top Dragster debuted at the SEMA Show in Las Vegas.  It will compete for the first time in the Pro Dragster category on the famous Beech Bend quarter-mile where trap times and speeds are expected to really be something to write home about.

The Banks Sidewinder S-10 is the quickest and fastest ever diesel-powered drag racing pickup truck.  It holds the national quarter-mile record at 7.77 seconds with a top speed of 180 miles per hour! (watch the video!)

Both machines are powered by Banks-engineered twin-turbocharged versions of the General Motors Duramax engine.  Banks engineers have found well in excess of 1,200 horsepower in these super-tough 6.6-liter V-8’s equipped with Banks’ own ECU and the dependable Robert Bosch diesel fuel injection components.

Banks racing diesels have always set themselves off from other diesel-powered competitors by not trailing an opaque cloud of black smoke the length of the dragstrip on a competition run.  Yes, there’s plenty of tire smoke, wispy clouds of the white stuff fill the air when the “lit up” by the well over 1,200 BHP that a twin-turbo Duramax delivers.  But the race runs are clean, smoke-free and emblematic of the Banks mastery of clean, high-performance, diesel power, where fuel is used to make tracks not ugly smoke.

Wes Anderson is scheduled to drive both Banks machines, and has indicated that he’s happy that they’re entered in different categories at Beech Bend.  The seasoned pro has really taken a liking to the incredible power and astonishing torque that a Banks Duramax can belt out.  He’s set for a busy day at the races jumping  back and forth from a front-engine pickup truck to a sleek rear-engined dragster.

Keep checking bankspower.com for all the latest racing news!

Here are some scenes from last year’s Beech Bend event: 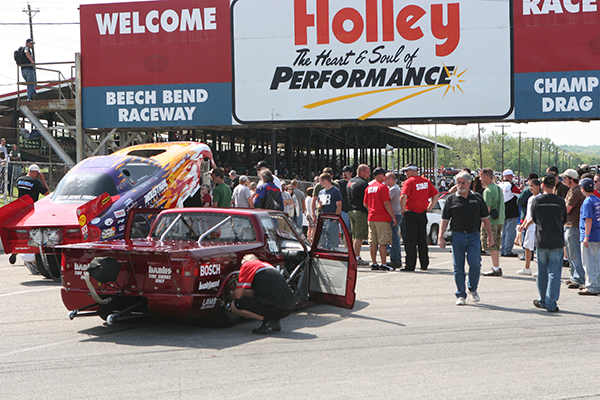 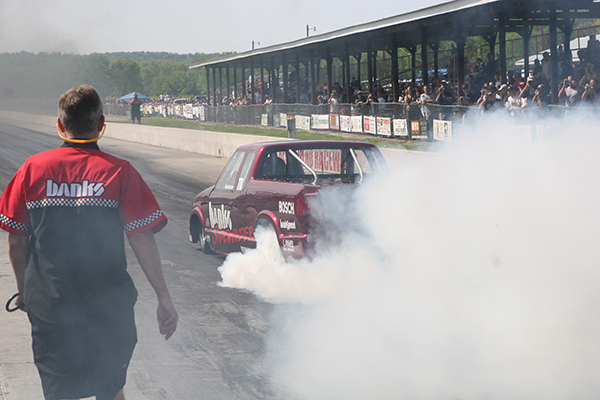