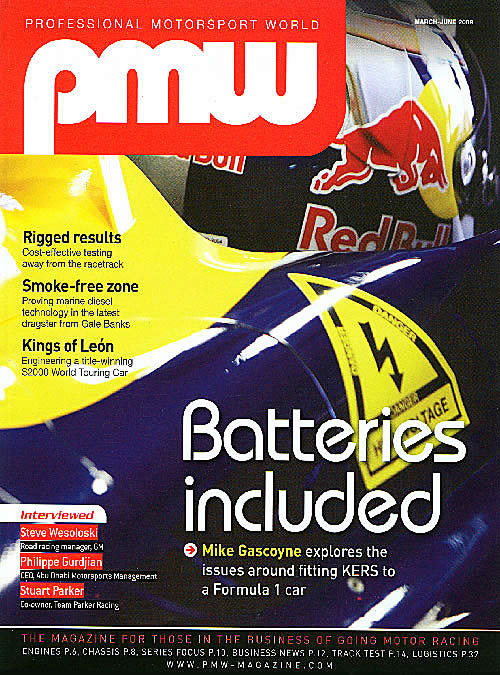 Going quicker and faster than any other diesel-powered vehicle on the dragstrip is the obvious incentive for building the Sidewinder dragster. But Gale Banks, founder of Banks Engineering, has an ulterior motive: for the project to help protect the country.

The Sidewinder is the next testbed for the company to develop aftermarket products for the lucrative diesel-pickup and RV markets. Another division called Banks Technology works closely with military and defense contractors on a variety of diesel and fuel-related projects, including a marine engine for Special Operations units such as the SEALs.

“You might ask, how can you develop a boat engine in a dragster?” says Banks, who started his company in 1958 and has worked on military projects for 35 years. “Well, the boat engine has to have extremely quick throttle response, and so does a dragster.”

While the Banks Sidewinder will boast 1,400bhp, the marine engine will be tuned for around 700bhp. ‘But it will need the throttle response techniques I’m developing for the dragster,” adds Banks.

Although a diesel engine provides outstanding torque and power, getting the fuel pressure up and then spooling the turbochargers creates tremendous lag time when launching the vehicle on a dragstrip. Banks can attack the problem with engine design, fuel management, and even outside influences, such as introducing nitrous oxide.

The Sidewinder dragster, which debuted at the 2008 SEMA Show in Las Vegas last November, joins a garage full of other Banks Duramax speed projects, including an endurance road-race truck and a Pro Stock drag truck. Banks has also set Bonneville speed records with diesel-powered trucks.

The dragster itself is a rather conventional design. Spitzer Race Cars built the 7,010mm-wheelbase frame using chromoly steel tubing and skinned it with carbon-fiber body panels. The frame was beefed up around the engine mounts to support the weight of the iron-block V8 diesel engine and withstand the torque loads.

The rear wing is mounted on a single strut and can be adjusted from 0-9°. Front canard wings adjust from 1-5°. Spitzer also fabricated the rear axle housing and equipped it with Mark Williams fin third member, Mark Williams axles, and Lamb brakes.

The engine starts out as a factory 6.6-liter Duramax diesel but is quickly disassembled for cleaning, measuring, and necessary machine work. Of all the internal parts, the pistons receive the most attention.

“Part of the response issue is compression,” explains Banks, noting that the engine remains near 16:1. “We’re really looking at the combustion recipe, so we’re evolving fuel nozzle and piston crown designs.”

Banks runs computer models to help with piston design. He’s also experimenting with fuel-rail pressure, which is now at 2,000bar, with experimental testing as high as 2,400bar. Banks works closely with Bosch to develop the fuel system and electronic controls, Currently Banks is working on its 20th-generation ECU for the dragster. “It’s highly refined and highly tunable,” he says.

Twin Garrett turbochargers similar to those used on Le Mans racers force air into a custom Banks Big Hoss intake manifold. The four-valve Duramax cylinder head has two intake ports per cylinder, one for ‘mass’ flow and the other for ‘slow’ flow. The mass port has a butterfly valve that can regulate airflow from 0-100%. With the valve closed at low rpm, the Banks ‘port-priority’ intake design helps to increase cylinder swirl.

“Ultimately, with drag racing it will help with staging,” says Banks. “If you cant stage and go, you don’t have a drag race vehicle. You have a tractor puller with slicks.”

Banks has developed and patented a series of sensors that allows the ECU to monitor air density from outside the turbos all the way through to the exhaust port.

“It’s a function I call air density throughput,” explains Banks. “It has to do with the air density present in the intake manifold up to the valve, and how well that density is processed by the engine. It’s something that has been calculated but never directly measured.”

The turbos generate approximately 45lb of boost, but that’s not necessarily the important number with Banks air-density technology. “The boost gauge is stone age,” he says. “It doesn’t consider temperature, humidity, and other factors. The old term is volumetric efficiency. Density throughput is the new term.”

The dragster engine will also run nitrous oxide. Banks builds his own controllers to inject nitrous at different rates for racing and staging. The controller monitors pressure in the nitrous bottle and knows from the ECU how much fuel the engine is demanding at a given load and rpm.

Fuel is another test priority for Banks. Currently he uses standard #2 pump diesel fur all his testing, racing, and development work. Two more dyno cells are being built at the company’s facility near Los Angeles. One will be used to study different types of diesel fuel, including gas-to-liquid ‘designer’ and race blends, biodiesel, and even jet fuel.

“We’ll observe the heat or calorific release per 0.25° of crank angle, and develop a map,” says Banks, noting that the military is moving toward running more vehicles on jet fuel to reduce logistical problems in areas of conflict. “The cost to get fuel to the front is US$400 per gallon.”

Banks is well known for racing clean-diesel engines that don’t smoke, and he’s quite vocal about other aftermarket companies that don’t control smoke or maintain emissions levels. The company recently took delivery of micro-soot concentration measuring equipment built by AVL. Banks will compare stock, modified, and race engines to ensure emissions compliance as well as adherence to competition rules that will black-flag a diesel vehicle emitting noticeable smoke. 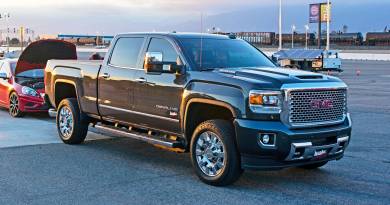 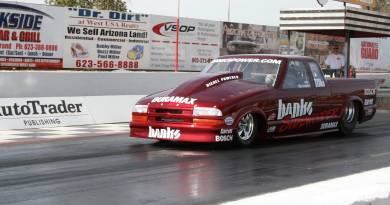 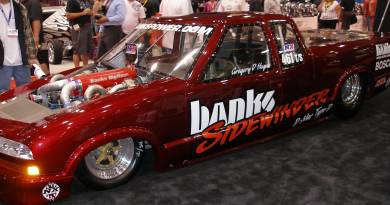