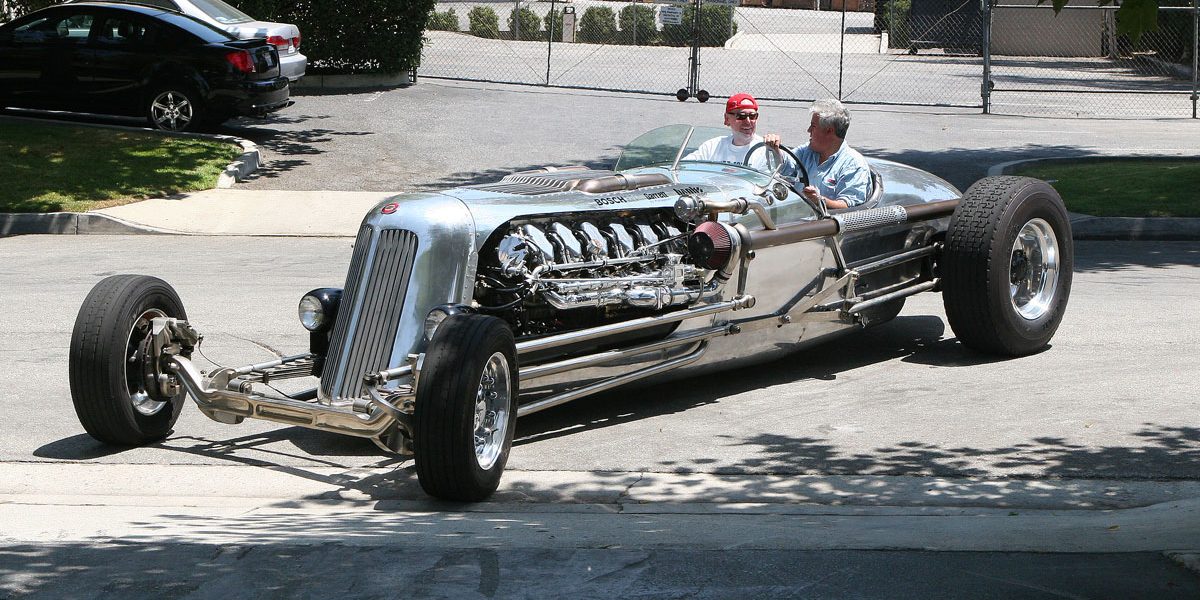 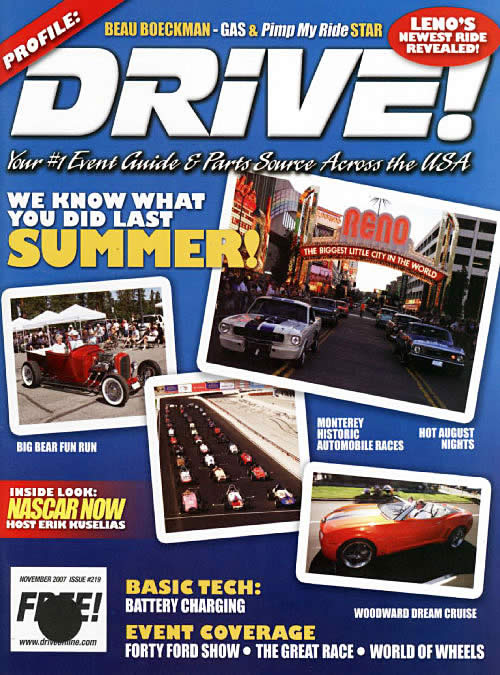 What happens when you leave a Korean War tank engine sitting too close to the hot rod that you parked over at Gale Banks Engineering?

You’d think that a multi-ton, 800hp, 20 foot long polished aluminum roadster powered by a tank engine would be wild enough for consummate car guy and popular TV host Jay Leno, but the diehard gear head knows that there’s no such thing as too much power. With that in mind, the Tonight Show host turned to his friend Gale Banks for a little help.

“There are two things Jay wants in a car,” said Banks, “a loud horn and huge power.” So the Banks team went to work dissecting a spare engine and creating a game plan to get the big roadster rolling with. twin-turbo power, a specialty at Banks. It wasn’t easy, however, as getting parts to twin­ turbocharge an engine designed more than half a century ago for an armored war machine proved difficult; the crew actually whittled most of the scratch-design parts out of huge slabs of billet aluminum.

Relying on decades of experience with twin-turbo powerplants – from record-setting marine engines in the 1970s to land-speed record shattering passenger car powerplants in the ’80s and ’90s and 1,000+ horsepower crate engines today – Banks turned to his crack engineering staff as well as industry contacts to get the unique project done. Bosch was responsible for converting the engine to fuel injection, and the turbos are from Honeywell/Garrett Turbo Technologies. The massive twin TR 72T turbos are magnesium-housing units originally designed for Toyota’s CART racing efforts. The Korean War-era M47 Patton tank engine churned out 810 hp when it came in, and left with 1,600 hp — nearly double the horsepower and torque output. Literally a “tank,” the engine alone weighs in at 2,000 pounds. To read the eight-part series on Jay’s tank car power boost, which includes detailed steps taken and photos of the car in progress, visit http://www.bankspower.com/Leno-tankCar1.cfm . And for a short vidcast of the turbos being added, click on to http://www.bankspower.com.

Banks also discusses turbocharging vs. supercharging, the history of diesel and what’s new in fuel injection technology in three videocasts on Jay Leno’s Garage website. Part of the “GM Minute” segments, visitors can get a quick history lesson as well as some automotive.