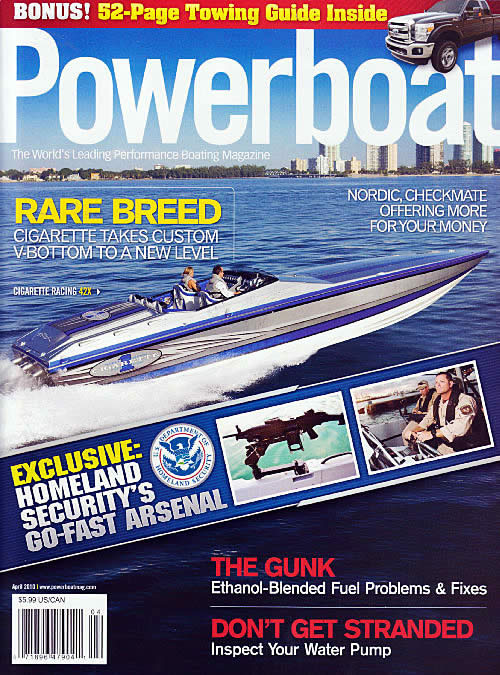 It’s turbocharged. It’s supercharged. It’s the Banks Sequential Super-Turbo diesel, and it could change the way you think about diesel power.

Any number of attempts to bring diesel power to a mainstream high-performance audience have been made over the years. Bt the truth is they’ve been met with only moderate success (at best). That’s because the general performance aspect of diesel engines-gobs of low-end torque but relatively slow power delivery-simply don’t match up with the average duty cycles of go-fast boat engines, much less the performance preferences of their drivers.

Without question, diesel engines are durable, reliable and require less ongoing maintenance than their gasoline counterparts, but for the performance-minded boat owner that simply isn’t enough. Go-fast boat owners demand crisp acceleration and the kind of top speed that translates to high engine-operating rpm, and the average diesel engine just doesn’t offer that.

But the new-for-2010 Banks Sequential Super-Turbo Marine Diesel, which is based off a General Motors 6600 diesel engine, is far from “average.” The engine employs an Eaton TVS Supercharger with an intercooler and twin turbochargers to create a condensed charge from both sides, if you will. That combination translates to more than 800 horsepower and 900 foot-pounds of torque at 4,500 rpm. 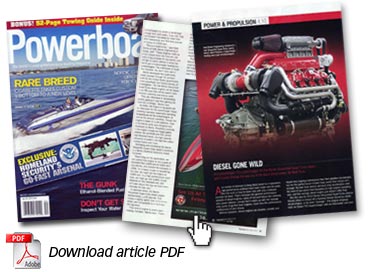