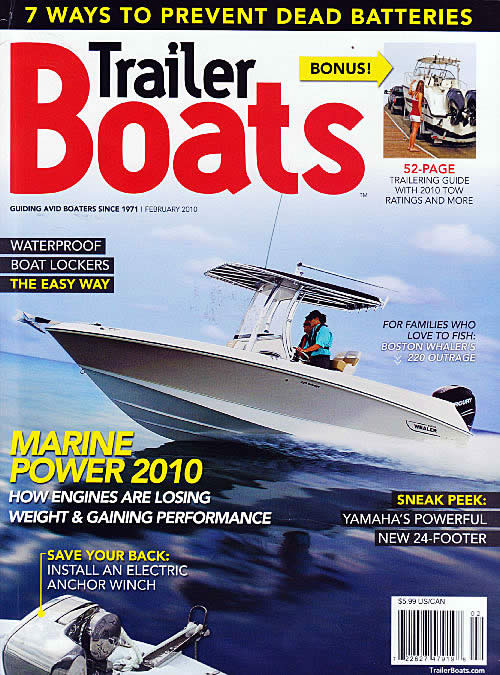 The technology used to set diesel drag-racing records is being brought to the water in the form of the Banks new marine diesel V-8, the Sequential Super-Turbo engine.

It has been a long time since we heard anything from the marine side of California-based Gale Banks Engineering (bankspower.com), best known for its power-boosting aftermarket equipment for diesel- and gasoline-powered vehicles. Back in the 1960s and ’70s, Banks’ high-performance marine engines had set numerous records. Now, some 30 years later, Banks is returning to the water in a big way with a hopped-up version of the General Motors 6.6L (403-cid) V-8 Duramax 6600 diesel.

The Duramax 6600 diesel has a stock rating of 368 hp in the heavy-duty Chevy Silverado and GMC Sierra pickups, but currently Banks is pulling 1200 ponies from this engine in drag-racing applications. However, the Banks Marine Sequential Super-Turbo diesel is somewhat more tame that the drag-racing version, though no less spectacular in its design.

According to Banks, this combines the best of two boost systems for lighting-like response (even out of the hole) and the broadest possible powerband on the water. The systems are seemlessly controlled by Banks/Bosch electronics.

The Banks Super-Turbo Diesel easily cranks out in excess of 600 hp at 3800 rpm, and the horsepower can be boosted to 1000 with the addition of a nitrous-oxide system.

By way of comparison, Volvo Penta also employs a combination supercharger/turbocharger on some of its diesels, although Volvo’s system is far less radical than the Banks package.

The Banks engine also has water-cooled manifolds and risers, and Bosch common-rail direct injection. The Gale Banks marinized version is the only GM factory-authorized marine iteration of this engine available.

Though pricing was not released, the Banks Marine Sequential Super-Turbo diesel likely will be cost prohibitive for most readers. But as with a Lamborghini, you can’t help stop and admire this exotic and elite marine diesel.

What’s more, it is through such performance-inspired developments that improvments trickle down to stock, factory engines. I will keep my eye on this one.