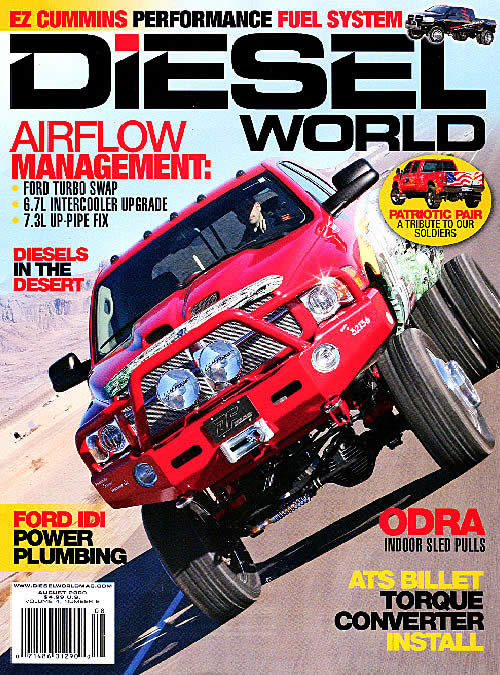 Among the notables that came out for what was essentially the first diesel event of the season, was Gale Banks’ record-setting Pro Stock S-10, John Robinson’s Texas Diesel Power funny car and Wide Open Performance’s Zane Koch of Utah, which brought down his record-setting 7.3L Power Stroke Ford. The event also attracted folks from the cold country to enjoy a day of racing under the Arizona sun in 75-degree weather. Among them was the bright-orange Dodge from CT Performance of Alberta, Canada. and a wild Cummins-powered rat rod designed and built by Steve Darnell of Billings, Montana, which made its first public debut in Phoenix.

When the smoke cleared, Wes Anderson, at the wheel of the Banks Pro Stock S- 10, set another national record with a 7.77-second pass at 180 mph. Banks Engineering founder, Gale Banks, was on hand to witness the record run, and spent a good portion of the day signing autographs and bench racing with the locals. Anderson squared up against the wild ‘28 Cummins-powered rat rod in the Pro Stock final, which ran a respectable 12.75 at 102 mph-not bad for the car’s first time on the track.