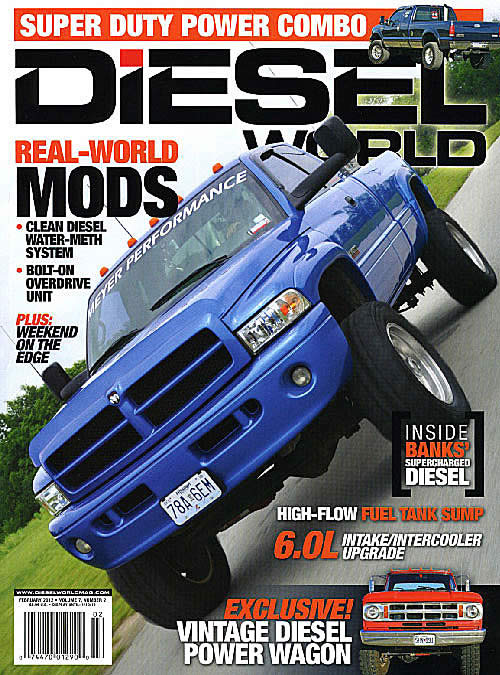 Gale Banks has always been known as a hot rodder, drag racer and automotive engineer. Over the past 45 years, he has created some unique and fast cars, trucks and dragsters that have set numerous drag racing and land speed records.

The Bennett Racing billet crankshaft was given more mass material to the crankshaft counterweights. These were then balanced to eliminate rotating mass harmonics due to increased load-created by the increased weight of the twin Fluidamper 8-inch harmonic balancers and pulley assembly on the crankshaft.

The mighty Duramax gains enhanced power for a Whipple 4L screw-type supercharger. Mike Spitzer, from Greenfield, Indiana, designed and built the Sidewinder Top Diesel Dragster. The chassis was made from 4130 chrome-moly round tubing, and the chassis was covered with a carbon-fiber body and wings.

Be sure to visit dieselworld.com »