Hollywood is at it again: they’re filming a movie in my neighborhood, but down the street from me. So close, yet so far away. The movie and television companies always seem to do this to me… they tease me knowing full well that I was meant to be immortalized on screen. I personally think that they’re afraid of my vast talent. I mean, why else would I always get picked from the audience at one of those shows at Universal Studios? I do a mean falling off a building, and I was even a “Red Shirt” fighting a Klingon in a Star Trek stage show once. I have the VHS tape to prove it.

Oh, but this isn’t the first time I was close to have a staring roll: I actually worked on an episode of CSI. Yup, I was in an episode about a murder at a “SEMA like” show a few years back. The studio that produces the program called us up after seeing our booth at a real SEMA show and asked if it were possible to bring a portion of that booth with some personnel as props for an upcoming episode. At first we really didn’t want to do it, but then they promised that we’d be in a prime location that was actually next to one of the main scenes of the episode. What the heck, it couldn’t hurt… right? We’d be seen on national and international TV, as well as syndication. Such a deal! So I was volunteered to go and baby-sit the booth and be on camera if needed. This “automotive accessory” show was staged at the Los Angeles Convention Center, so at least we didn’t have to travel too far. We situated the booth by a large stage where a drawing for a Hummer H1 was gong to be filmed. Surrounding us was a fleet of Smart cars, two doors, four doors and a few cool little coupes. These were all very interesting and strange to the extras and crew. Everyone constantly was asking me, since they were by our booth, what they were. More on this part later…

Anyways, I learned a few things from this experience:
* Not a lot happens on the set for extended periods of time (which totally bugged the heck out of me). I kept thinking of time management and wondering if they needed help along the way.
* A single scene can be shot over an over for no good reason (seemingly). To this day I still remember every line the actress spoke as she picked the winner of the drawing… “And the winner is Kyle Shaw!” Sheesh! All the extras (including me) had to clap… over and over and over again. We also had to show that we were happy for the lucky fellow and his wife. Oh joy! And don’t get me started about the murder scene in the motor home. We all had to act surprised when they unveiled the cutaway motor home only to find the body of a rather attractive woman was placed as a center piece of the living room. Don’t people know that’ll leave a stain? We had to clap ferociously only to stop in sudden horror at the sight of the body… over 13 times! I finally walked away after that and returned to my booth while they kept filming it repeatedly.
* Extras eat really well, at least these ones did. Aside from the fact that food was available all the time (I’m talking anything from candy and cookies to nachos and chili dogs) there was a designated dinner break. Here extras were served anything from hamburgers to swordfish. Really great food, I’ve got to tell you.
* Filming something can take a LONG time. I got there at a little before noon and ended up leaving at something like 2:30 a.m.! But then again that’s how these guys roll.
* Professional extras are… well they’re kinda nutty. Listening to them hone their “skills” was a little humorous. Not all of them were this way, but enough of them were. You could tell the serious ones from the others by the way they recited the alphabet and made funny faces to exercise their face muscles… just in case they had their big moment. They sorta stood out like a Trekker in a Sci Fi convention.

So back to the part about the Smart cars. It’s funny, in this business and in life in general, how the vacuum created by the lack of information can be filled by folks who professes to have the answers. I knew the Smart car’s stats because we had one of Bosch’s diesel demos from Europe to play around with for a few weeks. They’re really a cool little clown car, actually. The one we had was powered by a .8 liter (yeah… that’s right), 3 cylinder diesel matted to a six-speed tap-shift tranny. The neat feature was that you could shift by the stick or use the nifty steering wheel mounted paddle shifters. Anyways, I got a good education about the line up of cars and their variants. During filming breaks I was answering most of the questions, but there was a fella who had his own answers… and they were all wrong. This “Alpha-Male” spun the tale to a group gathered around him of how these little wonders were the latest in bio-cars and that they were Hydrogen- electric. I hung in the background and listened to him as he continued his whimsical tale to the crowd about the cars and their power sources. I waited for a while till I could talk to him alone and I asked him some questions about the pint sized wonders of science. It was kind funny when I opened the hatch and showed him the rear mounted little diesel engine. “Oh… it’s a diesel?” he said. “Diesel’s are yucky!” Not only did this guy tell a crowd of people a lie, but he was a dope to boot.

Misinformation travels fast. Soon I found people telling me about the solar powered, bio-nuclear car that ran on a mixture of gravy, holy water and ranch salad dressing (I’m exaggerating, but you get the picture). One lady was explaining to me about how they were electric because the gear selector had a plus and a minus sign by it. “Umm… that’s to select gears, Miss” I said. To which she replied “that’s not what that man over there said.”

An Alpha-male can be a good thing at times, if they are knowledgeable and truthful. Following the right person things can change things for the better, and make you smarter. Following the wrong person (who sometimes rattles a saber and shouts from the mountain tops) and you can become a part of a mindless mob waiving their pitchforks and torches at a castle gate. It’s this reason why I stopped reading forums. One or two guys shout and profess they know best, that everyone else sucks and ends up taking over a thread. This action does two things: pushes folks genuinely looking for knowledge from a collective group away from the site, or becoming a member of a small mob. Don’t take me wrong, I’m all for free expression and chatting about opinions… but why be so ugly about it? Don’t be lemmings; look for facts before grabbing that pointy object and joining that mob.

Oh yeah, so when the episode finally aired our booth wasn’t in a single scene and all you could see was the back of me as I walked to the murder scene… for all of two seconds. I proudly showed my wife and parents my acting skills that evening. They knew I had it in me. Did I get any call backs? No, but it’s only a matter of time. 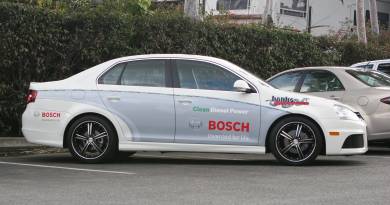 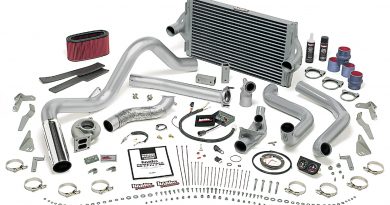 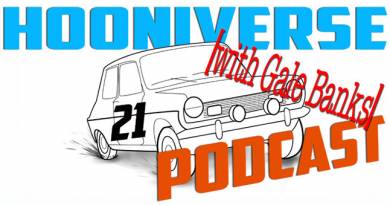