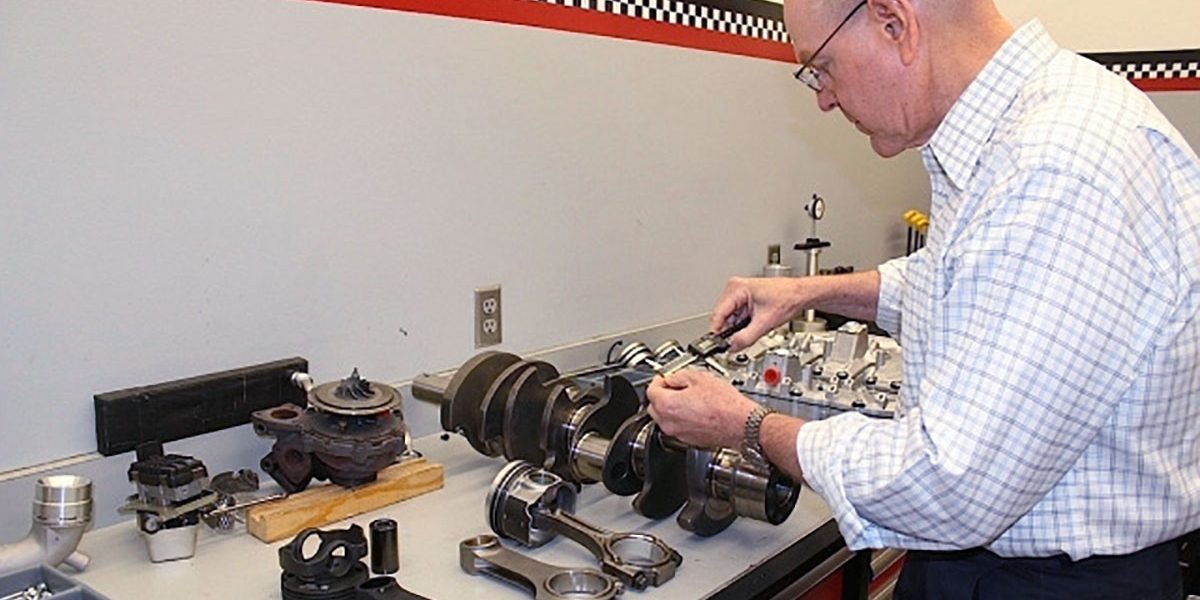 Listen to broadcast veteran Bill Wood as he draws information from Gale Banks on a number of topical and intriguing issues.

Bill Wood is the principal in creation and development of Tech House & Speed, the world’s only weekly, hour-long look at the vertical world of sports cars including rally, drifting and time attack. The rare blend combines news and information about motorsports technology, personalities, house music and racing speeds. The webcast is supported at www.ByBillWood.com. Listen in as Bill and Gale discuss a number of thought-provoking topics:

Where’d Gale Banks Learn to Think Outside the Diesel Box

In Segment One we talk with turbo and diesel guru Gale Banks who lets us in on how he started, where he started, the first engine he sold, the first engine he built for his mother’s convertible and how he learned from his policeman Dad that led him through the gates of entrepreneurship. This is an exclusive THS Breakout interview on the world’s only weekly topical webcast on sports car racing, rallying, drifting and time attack. TRT: 11:45

In Segment Two we learn from Gale Banks how he changed from gasoline to diesel performance, how he worked with Nobel Laureates to help make that decision and how his mother contributed to that decision and most of the others he made ever since. And what about his transition into serving the U.S. military with power? TRT: 14:53

In Segment Three Gale Banks explains his effort to help the U.S. military with its diesel performance needs. And his rebuild on a ten-ton Freightliner that goes up the hill at Pikes Peak in near record setting speeds despite rain, hail and water flowing across the racetrack. Banks knows power! TRT: 18:50

Gale Banks Explains How Diesel Performance is in Your Future

Finally in Segment Four we talk with Gale Banks about the future of diesel performance. Will we be able to buy diesel crate engines? What does a Southern California hot rodder have in common with the Audi Motorsports efforts in the world of turbo diesel? And will diesel power ever replace small block Ford, Chevy and Dodge power in the hot rodder’s future. TRT: 17:48

About By Bill Wood

This podcast combines news and information about motorsports technology, house music and the speed of sports car racing. It’s a combination of music and conversations with sports car drivers, personalities and celebrities. And, in this case, the sports car timeline stretches from rallying and drifting to purpose-built prototypes. You may even have some motorcycle stuff thrown in for good measure, as long as it matches the concepts of technology, house music and speed. The show is hosted by Emmy-award winning journalist and interviewer Bill Wood who produced the music. Take a few minutes and hear the next generation of music and motorsports podcasting. We promise, when it’s over you’ll want more.