We have put toghter these Technical Articles in order to help you understand what your vehicle needs to perform. From the air entering your intake to the exhaust exiting the tips, we explain the benefits of improving your vehicles performance. Take a look at the various technical articles and take in the knowledge that our engineers have shared. 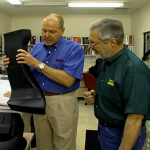 Airflow – The Secret To Making Power

The basics of making power are simple. It begins with airflow, but it doesn’t end there. The four cycles of an Otto-cycle engine: intake, compression, power, and exhaust cycles. These four cycles occur over two revolutions of the crankshaft. Each cycle is often referred to as a “stroke” of the piston. Suppose you have a 300-cubic-inch gasoline ... Read more about this post

The same techniques that Banks uses to make power also improve fuel economy when you don’t have your foot in it. A number of the articles presented here in “Banks Talks Tech” deal with the reasons why improving airflow through gasoline and diesel engines enhances power output without hurting reliability. What these airflow improvements really do ... Read more about this post 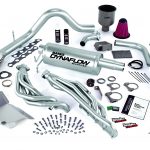 The value of any product can be determined by comparing the benefits to the price. PowerPack® system Not only are all the components in Banks systems engineered to work together, everything needed to make the installation is included, along with the industry’s most complete and well-illustrated installation instructions. Banks never charges for parts that aren’t necessary. ... Read more about this post 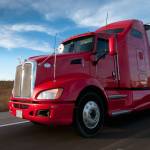 Nobody searches for power, economy, and durability like the big rig trucking industry. They’re in it for the long haul. Sometimes we overlook the most obvious things. A good example of this is the on-going search for improvements in fuel economy, power, and durability on diesel “big rig” trucks. Paying attention to what is, and isn’t, ... Read more about this post 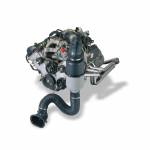 Cool air is good for making power, but could hot air be even better? The Banks Super Scoop, as shown on this Ford V-10 gasoline engine, provides both cool air and a mild ram-air affect. The Super Scoop also incorporates a water drain to separate any rainwater from the airflow entering the scoop. Most people know that ... Read more about this post 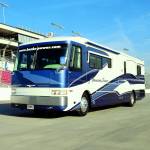 Some old ideas about performance are slow to die. The very idea that diesel engines could replace exotic gasoline engines as the top performing powerplants in cars, light trucks, and SUVs seems ludicrous to many automotive enthusiasts. How could a slow, smelly diesel ever hope to compete against an overhead cam, high-revving, high-compression, sophisticated gasoline engine? ... Read more about this post 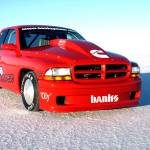 What is a “modern” diesel, and is it really that much different? There’s a lot of talk these days about “modern” diesels, and how today’s diesels have changed. The modern diesel is described as powerful, clean, quiet, responsive, economical, and smoke-free, but what actually constitutes a modern diesel? Generally speaking, a diesel must incorporate five basic ... Read more about this post 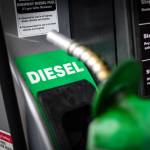 A few things to know about diesel fuel and how if differs from gasoline. Ask people what they know about gasoline and most folks will tell you they know the current price and that the local station sells three grades. Ask if they know the difference between the three grades and, if you’re lucky, they’ll tell ... Read more about this post 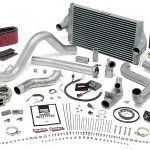 Engine modification and tuning for power is basically the same for gas and diesel engines. Power is force applied across a distance to do work. In an engine, power is torque multiplied by crankshaft revolutions. In other words, to make more power you can increase torque, RPM, or both. Since maximum practical RPM is generally limited ... Read more about this post