On Friday, February 12, 2010 the Wally Parks NHRA Motorsports Museum will open a new exhibit honoring the late Mickey Thompson and celebrating the 50th anniversary of his incredible motorsports milestone.

Four hundred and six-point-six miles an hour (406.6). The fastest speed that an American driver had ever traveled over land in a wheel-driven vehicle. The date was September 9, 1960 and the driver was Mickey Thompson, racer, designer, builder, dreamer, showman, businessman, and first class hot-rodder. 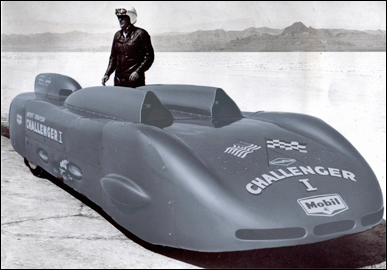 The presenting sponsor of the new show will be Gale Banks Engineering/Banks Power, a company that’s led by one of Thompson’s friends, contemporaries, and fellow hot-rodder Gale Banks. “When we heard that there was an opportunity to help Tony Thacker and the Museum put this tribute to Mickey together,” Banks explained, “My only question was, ‘How can we get involved?'”

Banks and Thompson led remarkably parallel lives, both had fathers who were in law enforcement and both grew up in and around the San Gabriel Valley, a geographic area that produced more than its share of notable motorsports names. Thompson and Banks key among them.

“Mickey was ten years older than me and already pretty well-known when I opened my first little speed shop in 1958.” The two crossed paths often in those days but somehow, they never became on or off-track rivals. “What I was doing with engines always intrigued Mickey, and the progress that he was making with advanced chassis design and wide tires always got my full attention,” Banks recalled.

The exhibit will feature many of the innovative machines that Mickey Thompson designed, built, and in many cases drove into the record books, including “Challenger I” the incredible four supercharged Pontiac-engined bolide that he blasted through the 400 mile-per-hour barrier over the Bonneville salt flats some 50 years ago. 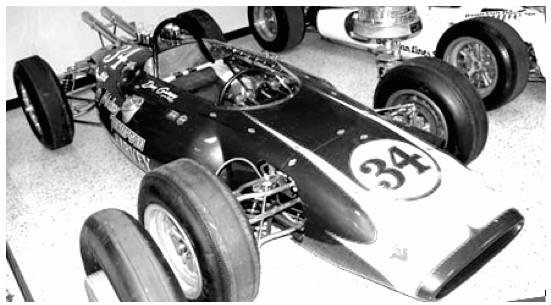 Other landmark Thompson cars will be on display, precedent-makers and record-breakers like his rear-engined Indy car that introduced the racing world to his radical super-wide, small diameter racing semi-slicks … Tires that changed motorsports forever almost overnight.

Among the pace-setting machines also set for display in Pomona is Thompson’s game-changing monoque-framed “flip-top” Funny Car, a Ford Mustang that looks like no “Mustang” before or since. 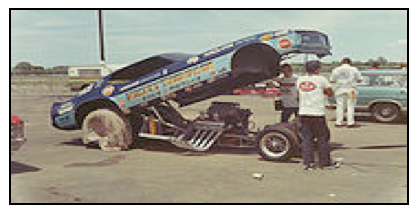 Ever the innovator, Mickey Thompson was constantly in motion, building his companies, racing his creations, and even starting what became a whole new form of motorsports entertainment, the Off-Road Championship Grand Prix.

Thompson is even credited by some with coining the actual term “Funny Car”, having explained to a reporter that one of his suppose-to-be-stock-bodied-wildly-modified race cars was, in his words, “… Just a little funny.” Meaning that some of the cars weren’t exactly “factory” in looks.

“It’s a great honor for me personally to have the name Banks associated with both Mickey Thompson and the legendary Wally Parks, two men that I felt very privileged to call friends”, Banks concluded.

Check out the photos from the opening night »