The Automotive Hall of Fame will award its 2009 Distinguished Service Citation Recipients and recognize its 2008 Industry Leader of the Year at its Annual Awards Luncheon on January 25 in New Orleans.

Dearborn, Michigan — The Automotive Hall of Fame will award its 2009 Distinguished Service Citation Recipients and recognize its 2008 Industry Leader of the Year at its Annual Awards Luncheon on January 25 in New Orleans.

As the Automotive Hall of Fame’s oldest recognition, initiated in 1940, the Distinguished Service Citation recognizes an individual, either currently employed or recently retired, who has made significant contributions to the motor vehicle industry or their respective organization.  The Industry Leader of the Year award recognizes just one individual in the industry who has demonstrated outstanding business leadership. 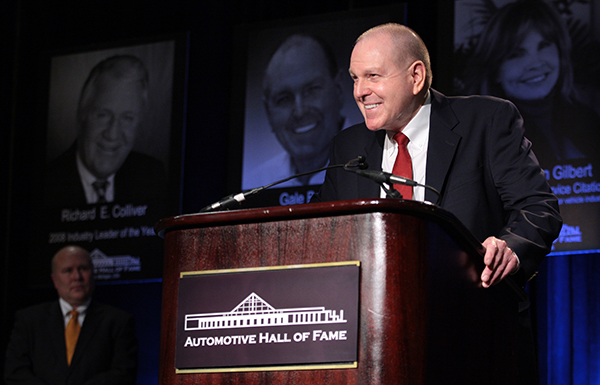 The 2009 Distinguished Service Citation recipients are:

Gale Banks, President, Gale Banks Engineering, who has contributed 50 years to the improvement of internal combustion technology and the development of modern motor vehicle engines. His company designs, manufactures and sells high performance engine components. Moreover, his unique twin-turbocharging approaches for both gasoline and diesel engines have made his name synonymous with high performance.

Juliana Terian Gilbert, is Chairman of the Roslyn, New York-based Rallye Group, which is comprised of Rallye Acura, Rallye BMW, Rallye Lexus and Rallye Motors (Mercedes), and most recently Smart, as well as associated service, parts and body shop facilities.  Rallye is one of the country’s largest automobile dealerships and the largest female-owned dealership in the country.

Derrick Kuzak, Ford Motor Company Group Vice President of Global Product Development, is responsible for all aspects of the company’s product creation efforts. He currently leads a team responsible for delivering smaller, more fuel-efficient vehicles and powertrains and is spearheading the turnaround of Ford’s global product line-up, creating highly desirable products with greater efficiencies for Ford around the world.

Mark Schienberg, President of the Greater New York Automobile Dealers Association, has guided that organization to become the largest dealer association in the country, representing 650 franchised new car dealers.  Under his leadership, numerous consumer and dealer programs have been established, as well as overseeing the New York International Auto show, the nation’s largest.

Ed Welburn, Vice President of Global Design, General Motors Corporation, is the first African-American to lead a major automotive design house and just the sixth person to lead GM Design in the company’s 100-year history.  Welburn manages 1400 creative designers and sculptors who staff GM’s 11 Global Design studios.  Under his leadership, numerous GM products have received outstanding customer acceptance as well as some of the most prestigious design awards in the industry.

The Automotive Hall of Fame also has announced its 2008 Industry Leader of the Year, presented to just one individual who has demonstrated outstanding business leadership during the previous year.  The 2008 Industry Leader is Richard E. Colliver, Executive Vice President, Automobile Sales, American Honda Motor Co., Inc., who leads the sales operations of both the Honda and Acura Automobile Divisions, and is a member of the American Honda Board of Directors. 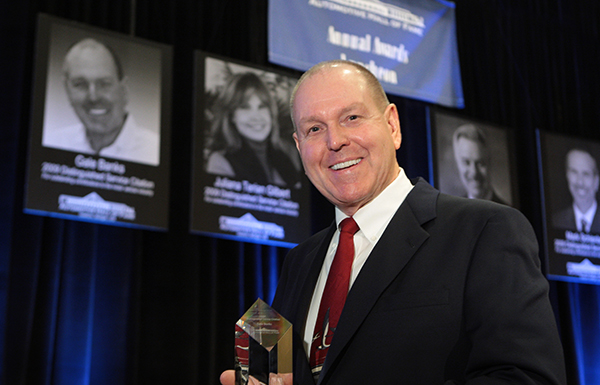